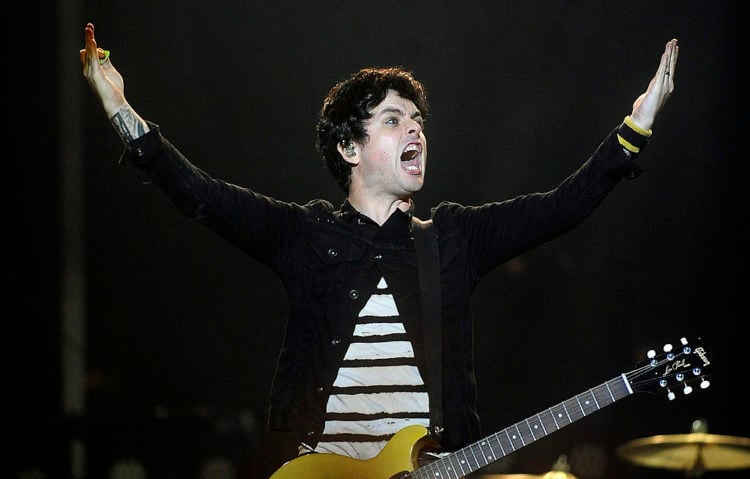 Autumn is the time of year when it’s time for things to slow down. It’s filled with familiar aromas of dying leaves, the final harvest of crops, and preparations for the onset of the holiday season. It’s a special time of year with brilliant fall earthy colors as the leaves turn to bright hues of reds, golds, yellows, and browns. The visual aesthetics are often breathtaking. It’s a time when we get to enjoy a new sensory experience and some songs add the dimension of music to augment the experience. Here are the 20 best autumn songs of all time if you’re looking for something to bring on the special feelings of the Fall.

According to Billboard, “Autumn in New York is one of the more popular songs about the Fall from yesteryear. The song was performed by Louis Armstrong and Ella Fitzgerald. The song will take you to Fall in Central Park with its beautiful and romantic tones that help to transport you to another place and another time. This is the perfect song for anyone who is entertaining thoughts of romance.

The popular song “Autumn Sweater” performed by Yo La Tengo is another favorite that can bring on the feelings of being warmed by your favorite old sweater. it’s a song that makes you feel warm on a chilly autumn day. It brings back the feelings of comfort that a warm and cozy sweater brings. You may even want to play the song when it’s still hot in the summer to take you away from the heat to cooler days, if nothing else, at least in your mind’s eye.

18. Wake Me Up When September Ends

Green Day performed the powerful yet melancholic song “Wake Me Up When September Ends.” It’s a song about the sorrow of losing a loved one. It’s a contemplative song that deals with the pending loss of a family member, knowing that it’s coming, and not wanting to go through the pain. This song is about coping and sharing raw emotion, and it’s applicable for Autumn.

Neil Young performs this iconic tune, “Harvest Moon” from his Harvest album. The moon seems to be one of the most outstanding features on early autumn nights. It gets big and orange and signals that the seasons are changing. This is one of the best songs ever written about the moon during the autumn months.

If you’re into older music, this is one of the most perfect songs for autumn. It was performed by The Kinks. “Autumn Almanac” is filled with good vibes about the upcoming season of enjoying football games, time with friends, and eating delicious foods. It’s one of the most perfect songs to play at tailgating parties or even when you’re thinking about how good it will be when football season rolls around.

15. We Are Going To Be Friends

According to Upvenue, White Stripes version of “We Are Going To Be Friends” is perfect as kids get ready to return to normal full-days of school this fall. Deprived of social contact for nearly two years, we’re all looking forward to getting together, meeting new people, making more friends, and mingling. Teenagers can get on board with the lyrics “Fall is here, hear the yell, back to school, ring the bell.”

This is a rowdy song that looks forward to the autumn season coming and it alludes to the changes that will take place. It’s a song for those who love the summertime weather but must resign to accepting the changes that fall brings. “My Cosmic Autumn Rebellion is performed by The Flaming Lips and warns that “Autumn’s a-comin’ and soon everything around us will die.”

This is an older song performed by Eva Cassidy that is perfect for those who are missing someone special during the fall. It has special meaning for those who are awaiting the return of loved ones from foreign lands or from the military. It’s also applicable to anyone who has lost someone they loved in the autumn time. The words “But I miss you most of all my darling When autumn leaves start to fall,” resound a popular theme for those who feel an ache in their hearts.

Tom Waits performed the song “November.” This is a song that laments the passing of spring and summer with hope for an early spring. It’s not a happy song by any means, but it can have an uplifting and hopeful effect for anyone who prefers warm and sunny days to the dying A and cold weather of November. The words say “November has tied me to an old dead tree. Get word to April to rescue me. November’s cold chain…” We can’t really argue with the logic because the words are true.

John Coltrane performed the song “Autumn Serenade,” which is a more uplifting and positive take on the pending change in the season. The song’s lyrics Thru the trees comes autumn with her serenade, Melodies the sweetest music ever played.” This is a song that welcomes the autumn season as you would your favorite song.

Paolo Nutini’s performance of “Autumn” is the perfect song for describing anyone who is feeling empty or has experienced a loss. This isn’t a positive song about the changing of the seasons but it does compare it with the human condition. The words “Autumn leaves under frozen souls, Hungry hands turning soft and old, My hero cried as we stood out there in the cold, Like these autumn leaves I don’t have nothing to hold” offer sympathy for those who are left feeling empty.

The Cure performs “Last Day of Summer” as a tribute to the coming of fall. This, however, is a somewhat regretful song that is perfect for anyone who is looking forward to the end of the last day of summer. This song is about a rough summer that left the writer feeling old and cold. If summer was rough, perhaps the changes that the turning of the season brings will also bring more positive changes for the next phase of life.

The Neighbourhood performs the song “Sweater Weather,” According to Earthnetworks, this is one of the more popular songs for bringing on the feelings that go with the changing of the seasons. “Sweater Weather” reminds us that cooler temperatures are coming and it’s time to get out our woolies and snuggies to throw off the chill of autumn. This is a song that can help you to start making mental preparations for putting your to-do list together to get ready for winter. It’s coming and if you don’t get out your winter sweaters you’re going to catch a chill.

U2’s iconic tune “October” takes us back in time to 1981. This is a classic song to help you get in the groove of the changing seasons. It’s a familiar tune for many of us that signals a change is coming and it brings back nostalgic feelings for some, of turning leaves and all of the sights, sounds, smells, and other impressions of autumn. It’s one of the best autumn songs from the 1980s era. If you’re in the mood for nostalgia and a trip back in time, “October” by U2 is the perfect song to listen to.

The old song “November Rain” by Guns N Roses is a tune that goes perfectly with rainy fall days. It’s a song that makes us think about the stage of transition that nature makes just before the snow begins to fly. The rains in November are cold and can chill you to the bone. This is also a good song to play in the heat of summer if you’re looking for some kind of mental refreshment. Imagine yourself walking through a cold rain in November while listening to this song and it’s likely to give you at least a few moments of mental reprieve from the heat.

The Zac Brown Band performs the song “Cold Weather.” This is an ideal song to play when the days of summer are coming to a close. When you start to see the dew collecting heavily on the grass in the mornings and the earth begins to cool as the sun gets further from the planet, you know that autumn is coming. This song can help you to mentally prepare for the transitions that you will need to make when the air gets that old familiar chill. It burns the leaves and they start to turn brilliant colors of red, gold, yellows, and oranges. You know that cold weather is on its way, but there are still a few warm afternoons to enjoy before the autumn season comes to an official end.

The song “California Dreamin” performed by The Mamas and the Papas is one of the most iconic songs in American history. This is a song that is light and breezy and it helps us to appreciate the coming changes when the leaves begin to turn to shades of gray and brown. The song talks about these physical changes but it has such a light and happy tune that seems to pull you along with it on a journey to the changing of the seasons. There is a subtle note of melancholy about the seasons changing and the very title of the song itself makes us reminisce about the things that we dream about and wish for. It’s a perfect song to play in the late summer when you’re looking forward to the relief from the heat and all of the good things that autumn brings with it.

NME.com lists “Autumnsong” by the Manic Street Preachers as another iconic song about the changing of the seasons. What makes this one of the more perfect songs for changing seasons is that it brings us back to the year that it comes out in 2007 with a more positive view of the season than some of the other tunes about the coldness and dead leaves. If you want to feel good about the coming season, this is a good choice.

The Moody Blues performed the song “Forever Autumn” which has become one of the more iconic tunes about the coming of Fall. The lyrics “You always loved this time of year” will pull at the heartstrings of anyone who has loved and lost a lover. It is a song that has a gloomy overtone but there is something strangely soothing about the song, especially for those who are going through a period of loss.

1. Leaves That Are Green

Simon and Garfunkel performed the song “Leaves That Are Green” many years ago and it has stuck with most of us as a song that reminds us of good times in bygone days when the leaves were beginning to turn from green to shades of brown. this is the perfect song to listen to if you’re looking for a metaphoric way to look at a relationship that has begun to wither like the green leaves of late summer as the crisp air of autumn nights starts to burn them and cause them to die. While this isn’t exactly a feel-good song about lovely autumn days, it does work if you’re in a romantic relationship that is on its way down. It might help you gain a perspective on your situation and perhaps even use symbolism in the song to figure out your next move. 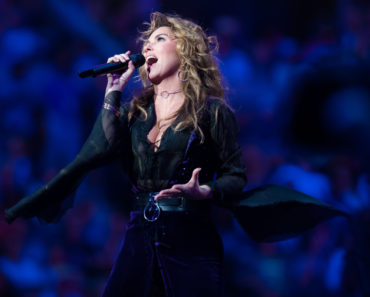 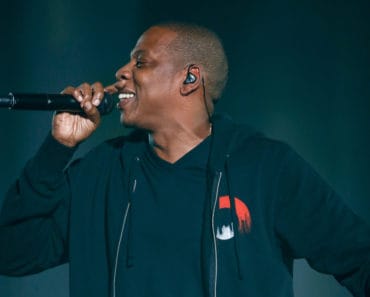 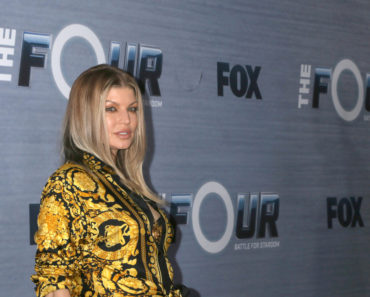 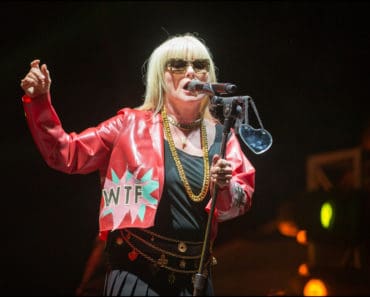 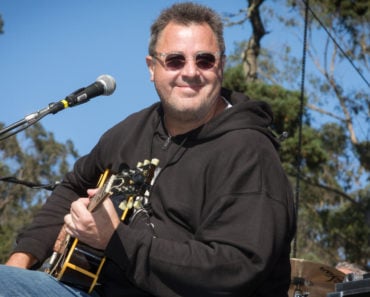