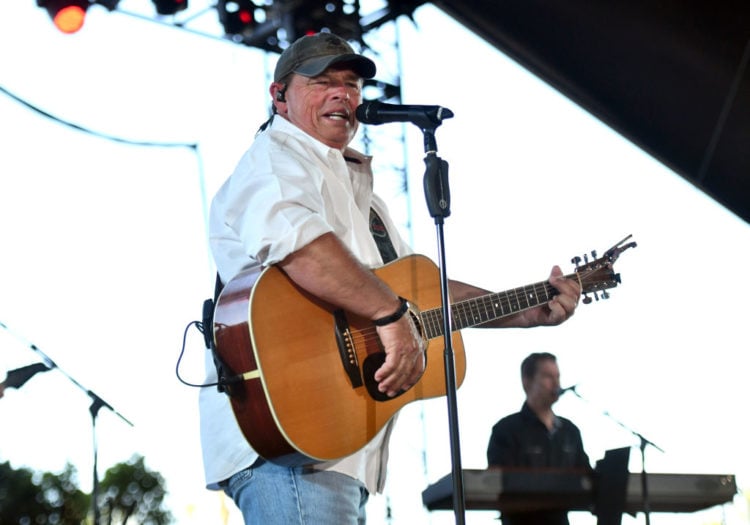 Ever since he dropped his debut album Don’t Go Near the Water back in 1993, Sammy Kershaw has been impressing critics and fans alike with his rich vocals, quirky song choices, and gift for storytelling. To date, he’s released 16 studio albums (three platinum-selling, two gold) and 25 top 40 country singles. If you’re in the mood for some great music, Louisiana style, these are the 10 best Sammy Kershaw songs to check out.

A song of love and longing laced with all the wit and charm you’d expect from Sammy Kershaw, Vidalia kicks of our top ten list of Sammy Kershaw songs with style. Like most of Kershaw’s love songs, it’s not quite what you’d expect, with enough little twists and turns to keep you hooked from the first note to the last. A top ten hit for the singer, it’s one of the many delights found on his 1996 album, Politics, Religion and Her.

According to Billboard, Anywhere But Here has a George Jones flair to it. If you’re any kind of country fan, that alone should have you hooked. If not, Kershaw’s effortlessly lovely vocals and charismatic delivery are guaranteed to get you hitting repeat before the last note dies. Released as the fourth single from the singer’s debut album, Don’t Go Near the Water, in September 1992, it climbed to the top 10 on the Billboard Hot Country Songs chart and a respectable number 17 on the Canadian country charts.

8. Queen of My Double-Wide Trailer

Queen of My Double-Wide Trailer is about a man who, after losing the “queen of his double-wide trailer” to some chancer named Earl, goes out to win her back. According to Kershaw, everyone who heard the song before he released it tried to convince him to hold it back, telling him no one would be able to relate to it. But as the man himself says “Somebody must have identified with it. In fact, this song singlehandedly sold hundreds of thousands of albums. As All Music says, maybe they’d heard Kershaw still owns a trailer in Louisiana, “in case things don’t work out,” something that instantly makes the song make a lot more sense. Another top ten hit for the singer, it charted at number 7 on the US Hot Country Songs in September 1993.

Swedish pop group Ace of Base recorded Love of My Life for their third album in 1997, but in the end, it didn’t make the cut. Which means that if you want to hear the song, you’ll need to tune into Sammy Kershaw’s original, a heavenly romantic ballad about a man telling his lover how she’s the love of his life, and how he was nothing before she came and saved him. A highlight of 1997’s Labor of Love, it gave Kershaw a number two hit in the US country charts and a number 3 hit in Canada.

Russell Smith’s Third Rate Romance first became a hit when it was recorded by Smith’s band Amazing Rhythm Aces in 1975. Two decades later, Kershaw revisited the song on his 1994 album, Feelin’ Good Train. Somehow or other, he managed to enlist Russell Smith for backing support, adding a nice little chain of continuity between the original and the cover. Written about an awkward couple preparing for a one-night stand, the song went down a storm with fans, taking Kershaw to number 2 in the US country charts and number 10 in Canada.

5. I Can’t Reach Her Anymore

In I Can’t Reach Her Anymore, Kershaw sings from the perspective of a man who’s desperate to rekindle his relationship with an ex. His ex, on the other hand, is equally desperate to avoid him. Issued as a single from the album Haunted Heart, it took Kershaw to number 3 on the US Hot Country Song charts in January 1994.

Haunted Heart, Kershaw’s second major studio album, was a big commercial success on its release in March 1993, taking Kershaw to No. 11 on the US Billboard Top Country Albums chart and number 57 on the Billboard 200. It was equally successful from a critical perspective, with the press praising Kershaw’s storytelling knack and George Jones-esque vocals. One of its chief highlights is the title, which became one of the biggest hits of Kershaw’s early career when it reached number 9 on the US Hot Country Song charts in the spring of 1993.

Named as one of the best Sammy Kershaw songs of all time by Wide Open Country and just about everyone else who’s ever heard it, National Working Woman’s Holiday is about a man who, worried that his wife is working herself to the bone, tries to convince her to take a day off for the “national working woman’s holiday”. It’s a typically left-field song choice by Kershaw, with all the charm and country boy humor you’d expect from him.

Cadillac Style might be one of Kershaw’s biggest and most successful hits, but it almost never made it to record at all. According to Wikipedia, Kershaw initially didn’t think the song was a match for his performance style, so it came down to his co-producer Buddy Cannon to convince him otherwise. Cannon eventually won the argument and the song made its way onto Kershaw’s debut album. Released as a single in October 1993, it hit the number 3 spot on the country charts in both the US and Canada.

At number one on our list is, coincidentally enough, the only number one hit of Kershaw’s career (so far, anyway). She Don’t Know She’s Beautiful is, as the title implies, about a man talking about how his girlfriend doesn’t understand how beautiful she is. A sweet song with a tender heart and a beautiful melody, it topped both the US and Canada county charts in April 1993 and quickly established itself as one of Kershaw’s most enduringly popular achievements. 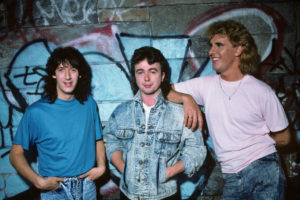 The 10 Best The Outfield Songs of All-Time 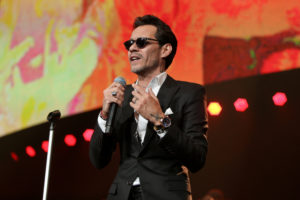 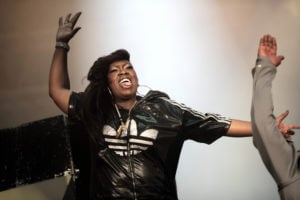 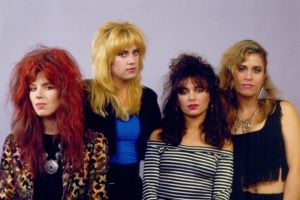 Ranking All the Bangles Studio Albums