Netflix has released the first official trailer for Invader Zim: Enter the Florpus from the Nickelodeon’s cult animated series.

This animation series from the early 2000s and now Netflix brings back. Invader Zim is an alien character it’s from the planet Irk is sent on a secret mission to conquer Earth. Zim not realizing that his leaders were just trying to get rid of him and hoped that he would die. Once there, Zim manages to disguise himself as a human child, but one boy named Dib sees through his disguise. However, this time Zim has learned new things about the Earth. 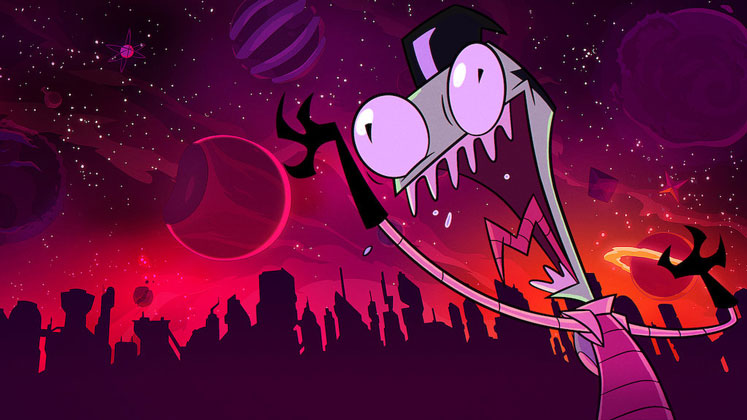 “In this movie, ZIM discovers his almighty leaders have no intention of coming to Earth. Also, he loses confidence in his own amazingness for the first time in his amazing life, which is the big break his human nemesis Dib has been waiting for. At some point, GIR rides a tiny donkey, and that’s all anyone should really care about.” If you’re watching the trailer expect the same humor fans already remember from the original series. The main voice cast also includes Richard Horvitz as Zim, Rosearik Rikki Simons as GIR, Andy Berman as Dib, Melissa Fahn as Gaz and Kevin McDonald as Almighty Tallest Purple; Rodger Bumpass as Professor Membrane.