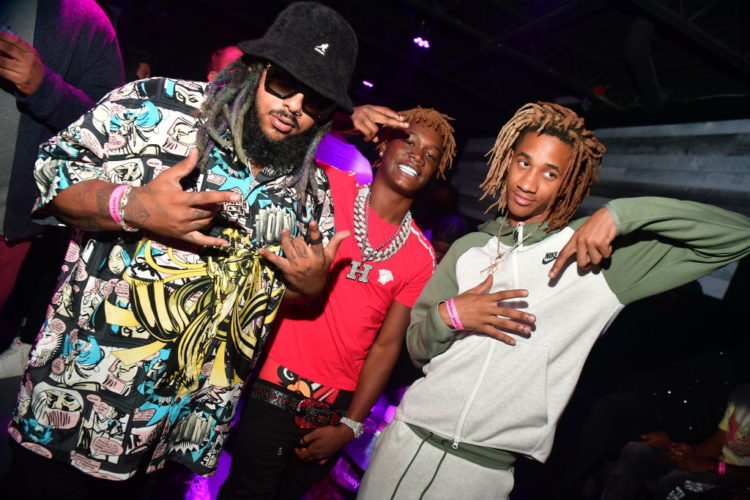 Have you heard of American rap artist 2KBABY? Maybe you have and maybe you haven’t, at least not yet. That said, there is little doubt that you will be hearing a great deal more about him in the very near future. In fact, he seems to have a genuine future as a bonafide rap artist, even in a field where it can sometimes be so difficult to experience any real level of success. If you want to know more about him, go ahead and read through this list. Here are 10 things about 2KBABY that might surprise you.

Perhaps one of the most surprising things about him is that he is currently just 21 years of age. Despite that fact, he has already released his first two singles. The first one was wildly successful, garnering him more attention than he could have even hoped for. By all accounts, it looks like the second one is going to be just as successful as the first. It’s important to note that even though he’s experiencing so much success at such a young age, none of it is something that is coming easily to him. In fact, he’s quick to point out that life has been anything but easy. In fact, that’s part of what prompted him to get into the music industry in the first place.

2. He’s already made more money than most people could even imagine

From the two singles that he’s already released, he has made a whopping $750,000. This is more money than a lot of people could even imagine and it’s staggering to think that someone can make that much money off of just two singles that were released in a relatively short time span. The thing that concerns him most is whether or not he has enough life experience to handle this level of personal and financial success. He readily admits that he didn’t have a lot of good role models growing up, making it even more challenging to carefully manage this type of financial success at such a young age.

3. He hasn’t been on the scene very long

He only released his first single back in 2019. It’s nothing short of amazing to think that he has achieved this level of success in just two short years. Many people think that he just burst onto the scene with all the success already at his fingertips. However, he has been quietly working to achieve this level of success for some time now. The success that seems to have come so easily has, in reality, taken him years to achieve.

4. He has some harsh words for the town where he grew up

He grew up with his brothers in Kentucky, moving to Atlanta, Georgia in 2018. His goal was to get away from his life in Kentucky, a life that he recalls as being exceptionally difficult. According to his own words, he didn’t have anyone to rely on during his childhood, instead being left to get through it completely on his own. When he moved to Georgia, he wanted a fresh start. His main goal was to leave his old life behind in order to achieve something new.

5. He had absolutely no interest in music until the age of 15

When he was 15, he had a friend who was arrested and put in prison. He wanted his friend to be released, but didn’t really know the best way to let his feelings be known. Eventually, he decided to record a song about the incident. He had hoped that the song would get enough attention to get his friend released. His efforts weren’t entirely successful, but that first song did serve as the beginning of his interest in music.

6. He strives to engage with fans on social media

One of the things he has set out to do is to connect with his fans on virtually all forms of social media. It’s been a crucial way for him to stay connected throughout his up-and-coming music career. In addition, he has worked tirelessly to make his music available on a variety of different platforms, effectively enabling fans to have ready access to it. As such, it is available on YouTube and Spotify. He himself is active on Facebook and other social media platforms.

7. He has a hard time believing his own success

He has stated on numerous occasions that even he has a hard time believing his level of success. It wasn’t all that long ago that he took to Twitter to talk about how hard it is to comprehend at times. He has also stated that sometimes he wakes up feeling like a proper rap artist, while other times he feels like it’s all just one big dream.

8. His track ‘Old Streets’ has been widely successful

This was the track that he dropped in 2019. It was considered his first ‘official’ song, even though he had dropped other tracks on an unofficial basis prior to that. He realized his dreams of success in the music industry coming true when he watched his song being listened to more than seven million times in the span of just four months. From that point forward, life has been worldly different for him.

9. He already has a great deal of support from his fans

Obviously, the fans of his music like what he is doing. That fact is really driven home when you realize that he has more than 23,000 subscribers on YouTube, not to mention a whopping 165,000 followers on Twitter.

10. Talent runs in the family

He isn’t the only one in his family to express some genuine talent. One of his younger brothers is none other than music producer Busta Keys.