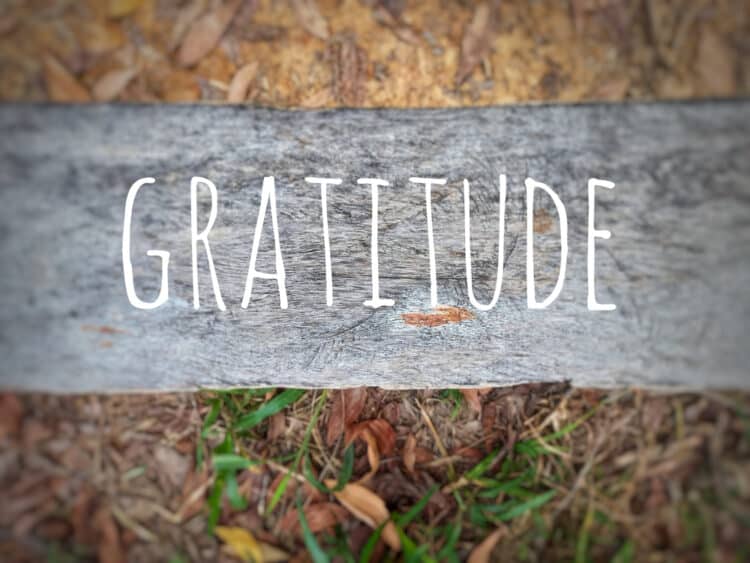 Do you sometimes feel like everything you intend to do doesn’t go as planned? Perhaps you’ve been applying for jobs for years or tried having a baby, but nothing is forthcoming. Being in such a state can make you lose hope while navigating life. Despite the challenges you’re facing, offering gratitude is one way of coping with stress. According to Forbes, saying “thank you” is the best way to invite positive energy to your life. Here are ten fantastic songs about gratitude you can listen to.

Thank You is a song written and performed by Dido, released in 1998. It was the first song for the movie titled Sliding Doors before featuring in her album, No Angel. The singer wrote this track to reflect on the many times she developed depression and how she lost her house. She’s thanking everyone who supported her during the trying times. The song peaked at number 10 on Billboard Hot 100.

Alanis Morissette, a Canadian-American singer, sang Thank U in 1998. She wrote the song alongside Glen Ballard. Music critics gave it positive reviews, helping its popularity in Norway, New Zealand, the UK, and the US. Considering she was one of the most talented stars in 1995, it doesn’t surprise that Thank U would be one of our favorites. This song shows her gratitude for the support her promoters and fans showed her.

In 1978, Andrew Gold wrote and performed his song, Thank You for Being a Friend. He dedicated the song to his musical acquaintances, Brock Walsh and Norman Epstein. Interestingly, Gold confesses that it took him one hour to write the song before including it in his All This and Heaven Too album. It’s a song you’d want to dedicate to a friend with you through the rough times.

Kelly Clarkson is one artist with a powerful voice who knows how to deliver gratitude, and her song A Moment Like This proves this fact. She recorded and performed the song in 2002. The most outstanding line, “some people wait a lifetime for a moment like this,” shows how lucky she felt to be surrounded by people who supported her. It’s a good song that you’d want to dedicate to your loved ones to make them feel special.

Thank God, I Found You is another fantastic track from Mariah Carey, alongside Joe and the boy band 98 Degrees. It’s the second single from her 7th studio album, Rainbow, released in 1999. While it might have sparked mixed reactions, some people term it not worth listening to; it ranked number one on the US Billboard Hot 100. It also received “Gold” certification from the Recording Industry Association of America.

Another artist with powerful vocals is Celine Dion, a French-Canadian. She released To Love You More as a single in Japan for the famous TV drama show Koibito yo (my dear lover). Featuring in her album, The Color of My Love, the song peaked at number one on the Oricon Singles Chart. Dion uses this song to depict a woman trying to plead with her lover to remain by her side. You can dedicate this song to your lover, as well.

Every woman wants a lover who can make her feel like a natural woman. One song proving this fact is (You Make Me Feel Like) A Natural Woman by Aretha Franklin. The soul singer released it in 1968 for her album, Tapestry. The 2:45-minute song peaked at eight on Billboard Hot 100 and made history on various US music charts before her demise. Other song versions have been recorded and performed by Mary J. Blige and Celine Dion.

In 1976, an English rock band called Queen sang “You’re My Best Friend for their 1975 album, A Night at the Opera. One of the singers, Deacon, wrote it for his wife, Veronica Tetzlaff. The song ranked at 16 on the US Billboard Hot 100 and sold over one million copies. One of the best lines of this song is, “Oh, you’re the first one when things turn out bad.” It shows how much Deacon was grateful to his wife for standing by his side through the rough times.

I Want to Thank You is a fantastic gospel song performed by Alice Myers in 1981. The first verse opens by saying how grateful she is to God for shining his light upon her. She finishes by declaring that everything wouldn’t have happened without God. Considering the grace and mercies the Lord keeps showering us with every day, it is practical to thank him. Despite the hurdles standing in your way of prosperity, the Lord can turn you from nothing into someone great.

Greater Good Magazine shows many ways to express gratitude. One way is making a vow to practice it. One song to prove this concept is Nothing Without You by The Weeknd. The singer pours his heart out by saying he’s grateful to his lover, Bella Hadid, for being on his side. He mentions that his music success, fame, and character are because of her love and support. Hearing a song from an artist who’s used to dishing out dis tracks proves that we’re all human with a soft spot for people who genuinely care for us.