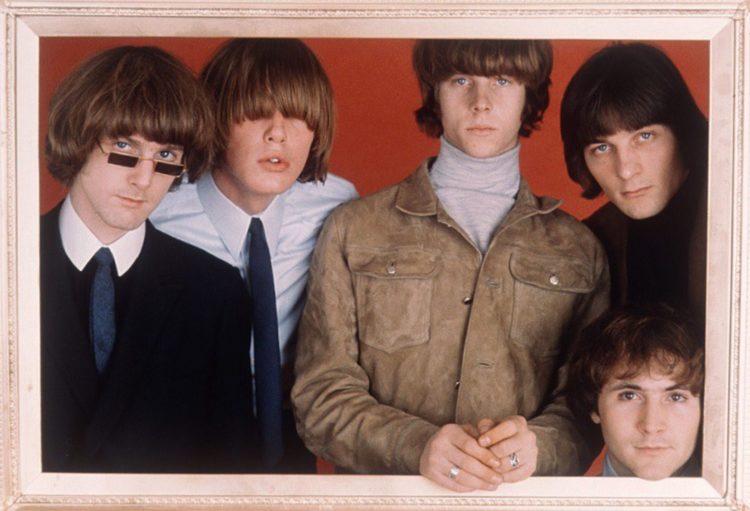 Despite their ever-changing lineup and short-lived career, the Byrds are widely considered to be one of the most influential bands of the 60s. More than any other rock group who made hits in the 60s, they turned folk-rock into a commercial force, layering electric guitars and shiny arrangements on top of earnest lyrics and creating some of the most intelligent (and tuneful) pop hits of the day. In recognition of their achievements, here are the 10 best Byrds songs of all time.

The original five-piece of Roger McGuinn, Gene Clark, David Crosby, Chris Hillman, and Michael Clarke was already over by 1966. Gene Clark left first, swiftly followed by Crosby and Clarke. In 1972, all five reunited to record the simply titled Byrds. Despite charting higher than any Byrds album since 1965’s Turn! Turn! Turn!, the critics didn’t like it much and the band didn’t either. The planned reunion tour was shelved and the band quietly returned to their solo projects. Still, it wasn’t without its merits. The Gene Clark penned lead single Full Circle failed to chart, but its insightful lyrics and pretty harmonies make you wish the band hadn’t been quite so quick to can the reunion.

According to ultimateclassicrock.com, the Byrds covered Bob Dylan better than anyone else. They certainly covered him more often. Following hot on the heels of the 1965 chart-topper Mr. Tamborine Man came the band’s second single, All I Really Want to Do. Apparently, great minds think alike – at the exact same time the Byrds were releasing their version of the Dylan classic, Cher was doing the same. Cher outsold the band in the US by a significant margin; the band did the same to her in the UK.

The Byrds didn’t create folk and they didn’t create rock but they, more than any other band, helped popularize the amalgamation of the two. It was their debut album’s melding of intelligent storytelling and rock backbeats that led the music press to coin the phrase folk-rock, and which subsequently encouraged previously acoustic acts like Simon and Garfunkel to start plugging their guitars in. Like the rest of the Bob Dylan covers that make up the bulk of the album, Chimes of Freedom gets a Byrds makeover, turning it from an earnest folk anthem into a radio-friendly pop tune.

Draft Morning follows the story of a drafted soldier from his last days of freedom to the turmoil of the battlefield. Released in 1968 during the height of both the Summer of Love and the Vietnam War, it captures the sentiments and the events of the time beautifully. Drafted by David Crosby prior to his dismal from the band, the song was later reworked by Roger McGuinn and Chris Hillman and included on The Notorious Byrd Brothers. The melodies are as heavenly as always, but it’s Hillman’s bassline that steals the show.

According to All Music, So You Want to Be a Rock ‘n’ Roll Star was written as a savage dig at prefabricated bands like the Monkeys and the ever-increasing commercialization of the music business. The band’s own declining fortunes couldn’t have been an easy pill to swallow either. Beneath the lush melodies and pretty harmonizing lies a seething bitterness you wouldn’t necessarily associate with the Byrds, but which makes for sensational, if uncomfortable, listening.

The Byrds didn’t waste any time getting stuck into the ‘difficult second album’. Released just 6 months after Mr. Tamborine Man catapulted them to international stardom, Turn! Turn! Turn! didn’t garner quite so much critical praise as their previous effort, but it still managed to perform well in the charts, peaking at No. 17 in the U.S. and No. 11 in the UK. Its titular lead single, a sparkly, radio-friendly take on Peter’s Seeger’s folk masterpiece, showcases McGuinn’s distinctive jangly guitar style and the group’s effortless harmonies.

As Louder Sound writes, the only A-side ever to be written by David Crosby is a gorgeous piece of psych-pop with a luscious chorus and an equally inspired brass section. It flopped in the charts, prompting Roger McGuinn and Chris Hillman to exclude it from their forthcoming album. But chart success isn’t everything, and Lady Friend constitutes one of the band’s loveliest sings.

The Byrds didn’t just cover Bob Dylan’s Mr. Tambourine Man, they made it their own. They took his acoustic four verses, compacted them down to a single verse, added an inspired guitar riff, replaced his divisive droning with McGuinn’s soaring vocals, and turned it from a folk song into a pop sensation. Released in 1965, it hit No.1 in the charts, far out-doing the success of the original.

Originally released as the B Side to All I Really Want to Do, I’ll Feel a Whole Lot Better is all about Gene Clark. He wrote it, he sang it, and he bought a ton of attention to its door thanks to his subsequent solo success. It wasn’t a major hit when it was released, but with its chewy hook and angelic vocals, it deserved to be.

Described by Uncut as a “daring ascent into raga-rock, fusing modal jazz, Indian music, and nascent psychedelia,” Eight Miles High is as adventurous as the Byrds ever got. After building a reputation as a kind of super-talented Bob Dylan cover band, this Clark/Crosby/McGuinn co-write proved that their ambitions (and their capabilities) went way beyond what everyone thought. Its complex jazz segments and droning sitar are perplexing but intriguing. The wry lyrics are the same – although, with so many barely concealed drug references on display, you have to wonder how it managed to evade the censors in 1966.