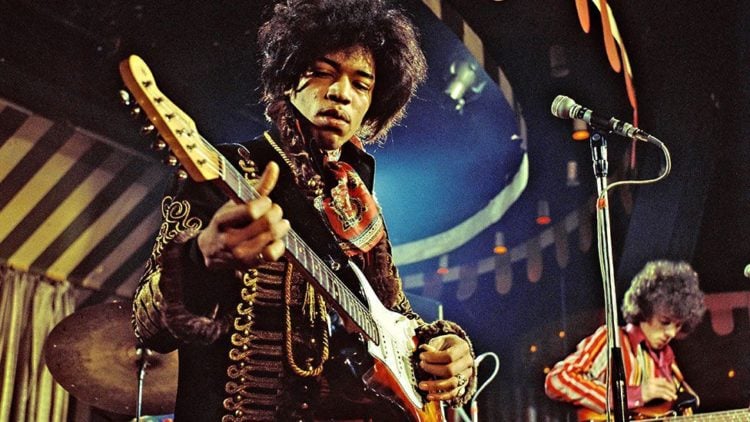 The 1960s were one of the most creatively prolific periods for songwriters. Consequently, the 60s put out a lot of great songs that people don’t associate with the artist who wrote it. People tend to remember the popular version of songs. This is because some performers simply take another artist’s song and make it their own. Here are three prime examples of popular songs from the 1960s and the surprising songwriter.

William Robinson Jr., better known as Smokey, is one of the greatest singer/songwriters of all time. He has written and recorded generation defining hits with his band The Miracles and as a solo artist including the classic tunes “The Tracks of My Tears”, “Shop Around” and “You’ve Really Got a Hold on Me”. However, Smokey’s legacy could be cemented strictly by the number of great songs that he penned for other artists. The most famous of these is a lighthearted ditty detailing the infatuation of love.

“My Girl” was recorded by fellow Motown labelmates The Temptations in the fall of 1964. Originally intended for his own band, Robinson soon changed his mind asserting that the tune would make the perfect vehicle for Temptations’ vocalist David Ruffin. Because of Ruffin’s textured voice, Robinson recalled thinking that “if I can get him to sing something sweet, I think it’s going to be a hit,” The hunch paid off. Not only was “My Girl” the band’s first song to feature Ruffin on lead vocals, but it also became The Temptations’ first single to reach number one on the U.S. Billboard Hot 100. In 2017 the song, which was co-written and produced with Robinson’s fellow Miracle member Ronnie White, was preserved in the National Recording Registry by the Library of Congress.  “My Girl” has been subsequently recorded by over 150 artists including The Rolling Stones, Marvin Gaye, Otis Redding, Dolly Parton and The Mamas & The Papas. “As a songwriter”, Smokey said, “it’s become my international anthem”. Robinson still routinely performs “My Girl” in his live shows though most of the audience is unaware that he wrote it.

This song is featured on perhaps the greatest album of all-time from the most popular band of all-time. Yet, most people are unaware of the original version. “With a Little Help from My Friends” is the second track on The Beatles’ 1967 masterpiece “Sgt. Pepper’s Lonely Hearts Club Band”. The song is a Lennon/McCartney composition; however, drummer Ringo Starr assumes lead vocal duties. John and Paul wrote the tune specifically for Ringo to account for his limited vocal range. The original iteration of “With a Little Help from My Friends” is understandably overlooked, partly because of the album it is on. The song is not so much heard as absorbed into the album as a contributing element to a magnum opus. It was not a hit as a single. One year later, English vocalist virtuoso Joe Cocker envisioned the song a bit differently.

The 1968 version of “With a Little Help from My Friends”, which featured Jimmy Page on guitar, is almost unrecognizable compared to the template. To highlight Cocker’s distinctive voice, the beat was dramatically decelerated. Page also brilliantly bends his notes to give the number a distinctive blues feel. The result was a powerful and poignant ballad that lasts over five minutes compared to the original highly melodic version of under three minutes. Speaking to Cocker’s version, Paul McCartney remarked, “it was just mind blowing, totally turned the song into a soul anthem and I was forever grateful for him for doing that”. Cocker’s version went on to become a massive hit, reaching number one on the UK Singles Charts. 20 years later, it became instantly recognizable as the theme song for the seminal ABC television show “The Wonder Years”. “With a Little Help from My Friends” was long thought to be an equal collaboration between the two songwriting savants but shortly before he was assassinated in 1980, John stated that the song “is Paul, with a little help from me”. When he performs live, Ringo still ends his shows with the song that his two friends wrote for him.

It is consistently regarded as the finest cover in the history of Rock n’ Roll. Renowned rock guitarist Rik Emmett calls it a “defining statement” and “still the greatest guitar recording that ever made the Top 40”. “All Along the Watchtower” was released by Jimi Hendrix in September of 1968. With its iconic guitar riffs and mesmerizing solos, “Watchtower” is a landmark recording and one of the undisputed standards of psychedelia. In 2004, Rolling Stone magazine named Hendrix’s rendition of the song number 48 on its list of the 500 greatest songs of all time.  However, the legacy of this song resides far from its origin.

Bob Dylan wrote “Watchtower” in 1967 while recovering from a serious motorcycle accident on his farm in Woodstock. The cut is an acoustically driven tune and is more reminiscent of his folk days. It failed to reach the charts as a single. Hendrix was given an advanced copy of the song and it resonated with him in a major way. Jimi later stated, “Sometimes, I play Dylan’s songs and they are so much like me that it seems to me that I wrote them. I have the feeling that Watchtower is a song I could have come up with”. But constructing his own vision based upon Dylan’s blueprint would prove difficult for the guitar superstar. As session engineer Eddie Kramer later remembered, Hendrix “was constantly changing chord patterns and arrangements, endlessly trying to perfect the sound”. He did. “Watchtower” was the biggest hit of his career. When Bob finally heard Jimi’s version of his song, he said simply, “It overwhelmed me”. Whatever was missing in the original “Watchtower”, Jimi found it. As Dylan would later remark: “He had such talent, he could find things inside a song and vigorously develop them. He found things that other people wouldn’t”. Bob Dylan has played “All Along the Watchtower” in concert more than any other song of his legendary catalog. When he performs it these days however, it sounds much more like the timeless Jimi Hendrix classic and less like the song he wrote on his farm 54 years ago. 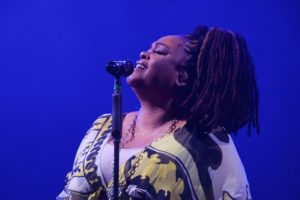 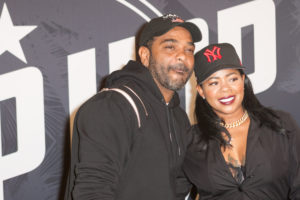 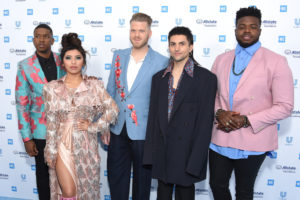 The 10 Best Pentatonix Songs of All-Time 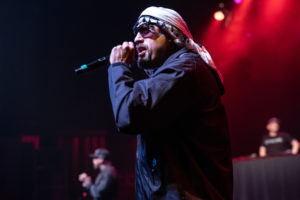