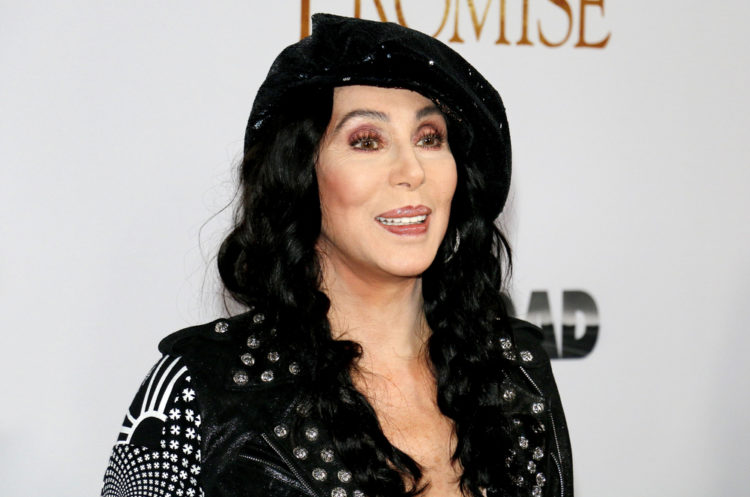 Sonny Bono never intended to be part of a duo until he ran into Cherilyn Sarkisian in a coffee shop in 1962. They teamed up, both romantically and professionally, and spent the next couple of years banging out one folk-rock hit after the other. When the hits dried up, Sonny Bono turned to politics and Cher turned to power ballads. 50 years down the line, the “Goddess of Pop” is a trendsetter, an icon, and one of the most commercially successful artists in the pop music world. Here are the 10 best Cher songs of all time.

Cher doesn’t get political that often, but when she does, hold onto your hat. Half Breed is an angry, impassioned diatribe against racial intolerance set against a backdrop of thumping drums and early disco arrangements. It’s tough and it’s mean and it’s not necessarily what’d you’d expect of Cher, but it works astonishingly well anyway.

Sonny and Cher’s biggest trick was to make the counterculture acceptable. They cleaned it up, washed it down, glossed over the more unsavory elements, and presented a sanitized version that even the biggest square couldn’t take exception to. I Got You Babe is where it all clicked – sunny, brimming with optimism, and effortlessly catch, it’s a joy.

With his hippie get-up and happy-go-lucky persona, Sonny exemplified the naive optimism of the swinging sixties. Cher’s long hair and tasseled garb did the same. But there was always something that didn’t quite ‘fit.’ On the surface, The Beat Goes On is a happy-clappy celebration of the era. Dig beneath the exterior, and you’ll find two savvy operators putting their mouths where the money is and laughing all the way to the bank. Rarely has cynical commercialism sounded quite so groovy.

After a few years of success, the turn of the ’60s found Cher out of favor and in desperate need of a ht. And what does Cher always do when she needs a hit? Reinvent herself. This time around, she went for a southern soul sound. It would end up being more of a one-night stand than a long-lasting commitment, but the result, the 1969 album 3614 Jackson Highway, is surprisingly good, with her cover of the Box Tops’ Cry Like a Baby standing out as a particular highlight.

Cher’s earliest solo albums don’t always make for altogether easy listening, but now and again, things clicked. Her reading of Bob Dylan’s All I Really Want to Do might lack the honeyed charm of the Byrd’s version, but it’s dripping in the same sneery snideness as the original.

Cher’s early albums may have been patchy, but that’s not to say her mid 60’s output wasn’t without merit. On Bang Bang (My Baby Shot Me Down), she piles on the drama with gypsy violins, flamenco guitars, and a powerful vocal that gave the first true hint of the path she’d take after cutting Sonny free from her apron strings. Released in 1966, it peaked at No. 3 in the UK Singles Chart and No. 2 on the Billboard Hot 100, eventually becoming her first solo effort to sell over a million copies.

Strangely, Cher never made a very convincing disco diva, even though the genre could almost have been tailor-made for her. Her heart wasn’t in it (according to liveabout.com, she didn’t consider it ‘serious’ music), the material she was given was weak and most of her efforts fell flat. The fabulously funky, occasionally sleazy Take Me Home, on the other hand, soared, peaking at No.2 in the disco charts and earning Cher her first Top 10 pop hit in 5 years.

3. If I Could Turn Back Time

Eighties power ballads could have been invented for Cher. Camp, grandiose, and as subtle as a sledgehammer, they played to her talents and her huge voice perfectly. 1989’s Heart of Stone might be overwhelmed by its slick 80s production, but it’s still got plenty of crackers, including this transcendent version of Diane Warren’s If I Could Turn Back Time. Apparently, Cher hated it at first and Warren had to beg her to release it. Lucky for her she agreed – it peaked at No. 3 in the charts and became Cher’s biggest pop hit in 15 years.

By the mid-1990s, Cher was yesterday’s news. But if there’s one thing we should all have learned by now, it’s to never write her off. After teaming up with British producer Mark Taylor, she reinvented herself once again, this time as an electronic dance-pop diva. The result was Believe, a song that combined Brian Higgins’ songwriting talents with a very prominent Auto-Tune audio processor to send Cher to the top of the charts for the first time in 25 years. It won a Grammy award for Best Dance Recording, sold over 11 million copies, and reminded us of exactly why we’d always loved Cher in the first place.

Sonny and Cher started life as long-haired hippies bringing the counterculture to the masses. By 1968, most people had met enough genuine hippies not to buy it anymore. Within the space of three years, they went from groovy to heavy. In a last-ditch effort to reclaim their fame, they gave up the folk-rock, switched to light entertainment, and started drifting toward big showstoppers. For Cher, it was a godsend. At heart, she’d always been a Vegas showgirl, and on Gypsies, Tramps and Thieves, she proved it. It became her first No.1 pop hit single, propelled her back into the limelight, and left no one in any doubt that, with Sonny or without him, she was a bona fide star.