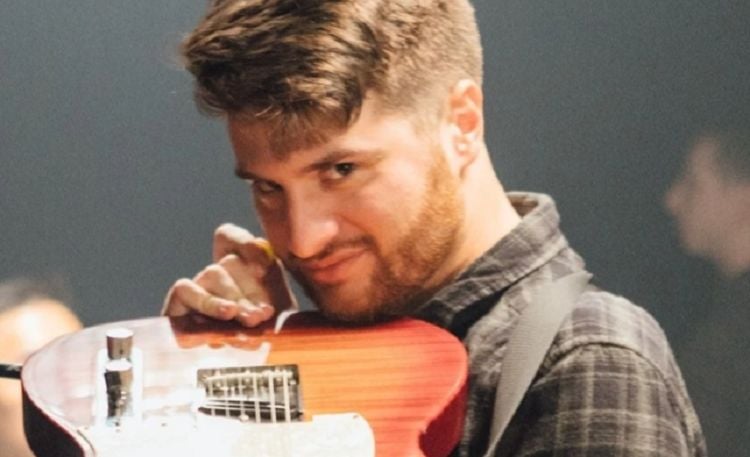 Jarrod Alonge is a talented, comedic person to say the least. He started on YouTube with comedic videos of concert experiences, making fun of the cringey things artists do. The artist has covered genres from metalcore to emo to post-hardcore to punk and more. With all of the genres the artist has covered, he released his own music as well. With that in mind he created a legit band with other members of the scene called CrazyEightyEight. The artist has given every parody band of his their own name. Below, we’re going to rank the Jarrod Alonge songs across his fictitious bands in our Jarrod Alone songs ranked list.

Take It Easycore, from the name alone, tells you this song is going to be specifically parodying easycore. Once the song started however, it sounded exactly like a Chunk No Captain Chunk song so much that it’s a surprise none of the members are featured. This song, like most other Jarrod Alonge songs was an incredible one and proved that while this project is based on comedy, the skills are still required to bring it all together and Jarrod Alonge did just that. The fictional band from the song was called Sunrise Skater Kids. Sunrise Skater Kids was the pop-punk related band from Jarrod Alonge touching on pop-punk and its similar genres and subgenres.

Unbreakable is a rather heavy song, like most songs from the artist aside from Canadian Softball. This song also comes from Beating A Dead Horse, as most songs on this Jarrod Alonge songs ranked list does. The fictional band behind his powerhouse of a metalcore track is Chewed Up. Chewed Up is a parody on heavier bands such as Stick To Your Guns, The Ghost Inside and Counterparts as well as similar bands.

This song, also from Beating A Dead Horse, features constant mashed up guitar riffs, drum parts and the whole thing is just unbelievably technical. Honestly, while these are parodies in their own unique way, as mentioned above, every single song from Jarrod Alonge is technical in its own way. Cosmic Metaphysical Verisimilitude is parody on bands within the progressive metal genre such as Structures and Volumes. The fictionalized band used here are called Rectangles, and fans of the djent or progressive metal genres should pick up on this immediately.

Hey Jarrod, What’s That Song Again is an absolutely incredible parody and medley at the same time. This song earned its placement on our Jarrod Alonge songs ranked list due to how perfect this song sums up every song wtihin it perfectly. Each song within the medley can be picked out and matched to the song it’s parodying. This song’s title is another clean not to The Devil Wears Prada’s breakout hit, Hey John What’s Your Name Again?

This is yet another song from Chewed Up featured on Beating A Dead Horse. Bite The Curb earned its placement on our Jarrod Alonge songs ranked list due to its willingness to be a full fledged metal track but also provide comedy at the same time.

Yet another Sunrise Skater Kids song, First World Tragedy  easily earned its placement on our Jarrod Alonge songs ranked list. The song earned its place solely for its comedic take on the first world problems that people deal with these days and complaining about them as if they are legit problems compared to issues others are facing elsewhere.

1. All The Old Things

All The Old Things is another medley from Jarrod Alonge, however this is another track from Friendville instead of the full-length featuring all Jarrod Alonge bands, Beating A Dead Horse. This medley featured a wider range of more popular tracks featuring hits from 90s bands to current pop-punk style bands.

Overall, having been a huge fan of the genres covered by Jarrod Alonge’s music, comedy and comedic music made me an instant fan of everything Jarrod Alonge had done from that point forward.