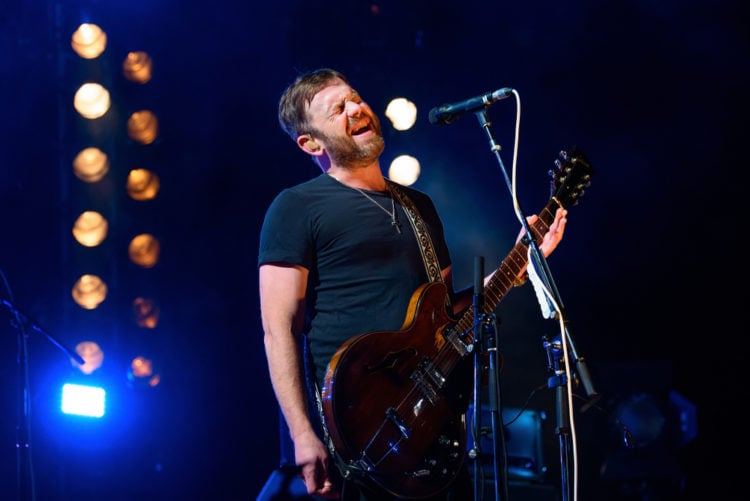 Kings of Leon is an American band that was formed in Nashville, Tennessee, and is composed of three preachers’ sons and their cousin. The band’s sound initially featured a scruffy sound with a mix of Southern rock with blues influences. Over the years, their sound has evolved to include some elements of alternative rock sounds. The band’s most significant exposure came in 2003 after releasing their first EP titled Holy Roller Novocaine which received a four-star rating from Rolling Stone. The band released their debut album in July 2003. The album titled Youth and Young Manhood was a hit in the UK and was declared by NME as the best debut album of the last decade. The next album, Aha Shake Heartbreak, continued the band’s Southern blend of garage rock similar to the first album. By this time, Kings of Leon had garnered accolades from several of their peers, such as Elvis Costello, and had gone on tour with bands such as Pearl Jam and U2. The band’s third album, Because of the Times, dropped in 2007 and received mixed reviews by critics in the US. However, the third track from the album (“On Call”) became a massive sensation in the UK and Ireland and debuted at the top position in the charts for both countries. The first chart success for the band came in 2008 after the release of the band’s fourth studio album, Only by the Night. The album contained some hit tracks such as “Sex on Fire” and “Notion,” which peaked at the top position on the Billboard Hot Modern Rock Chart, catapulting the album to platinum status in the US. In the course of their musical career, the band has released a total of eight studio albums and has been nominated for various accolades, including the Grammy Awards, where they have won four awards. Here are the top ten King of Leon songs.

Many King of Leon fans will probably argue that this song should have been closer to number one. I always remember the first time listening to this song, and I honestly feel bad for anyone who hasn’t listened to this masterpiece. The steady drumbeat, the lyrics, and the vocals of this song are just amazing. A remix to this song, which is a little more dreary, is contained in the band’s 2010 album Come Around Sundown.

There are so many things I love about this song. But most of all, I love the beats and the lyrics, which always give me indescribable emotions. The inspiration behind this song, according to Caleb Followill, was the radical Christians who lived in the mountains and were killed by the FBI. The video of the song depicts a bar fight in slow motion.

Only by the Night contained some great hits and represented a taste of success that the band had craved for many years. “Crawl” is the second track from the album. The track features some fine bass lines, and the guitar harmonization is beautiful.

“The Bucket” is one of Kings of Leon’s most successful singles, having peaked at position 16 on the UK Charts and position 23 on the US Modern Rock Chart. The song, which was written by Jarod Followill, was a description of the struggles that he was dealing with after finding fame at a very young age. The song features some simple bass lines that fit into the song perfectly.

The number six song in our countdown of the best King of Leon songs contains one of the most beautiful videos you will come across. None of their videos gets more King Leon-y than this video. The video, which runs for six minutes and thirty-five seconds, pays homage to a fallen Cowboy named Lane Frost.

You can tell how close this song was to Caleb Followill’s heart just by listening to how he performs this song with the famous lines, “When the walls come down,” which can be interpreted as some form of emotional heartbreak and pain. Caleb’s vocals are heavenly, and this song is one of my personal favorite Kings of Leon songs.

This song which is contained in King Leon’s fourth studio album, Only by the Night, was written by his current wife, Lily Aldridge. According to Nathan Followill, this song was never intended to be about sex. In real sense, Caleb thought that the song was terrible, and it was almost left out during the recording. However, “Sex on Fire” turned out great and is one of the band’s greatest songs ever.

Although the video of the song is cringe, to say the least, there is something inherently beautiful with this song. “Radioactive” is the first track off the band’s 2010 album, Come Around Sundown. In 2011, the song was nominated for two Grammy Awards for Best Rock Song and Best Rock Performance by a Duo or Group with Vocals.

Traditionally, Kings of Leon have enjoyed more success in the UK than in their home country. “Fans” was a song that was dedicated to the band’s UK fans. The song features some raw emotions and a pounding bass line mixed with acoustic and electric guitars. By the time of its release in 2007, the song was the band’s highest-charting song reaching position 13 in the UK Singles Chart.

The number one song in our list of the greatest King of Leon songs is the Grammy Award-winning song, “Use Somebody.” The song was a massive success in the US, Europe, and Australia, peaking at top position on the Official Airplay Chart for six weeks consecutively. “Use Somebody” is a timeless 80’s power ballad of 2008 and is King Leon’s best song ever.