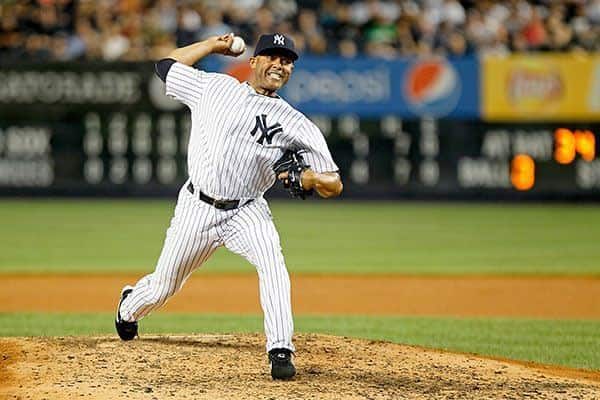 Morale has a notable effect on a baseball player’s performance. Due to that, walk-up songs can have a surprisingly practical purpose in a baseball game. Moreover, they are also a lot of fun because they say so much about the people who choose them. Of course, some walk-up songs have been much better choices than others, thus making them that much more memorable.

Here are 20 of the best walk-up songs ever:

“Baby Shark” isn’t a new song. Still, it saw a massive surge in popularity when the South Korean entertainment company Pinkfong released a music video that went viral in 2016. Unsurprisingly, numerous parties tried to capitalize on that popularity. The most example might be Gerardo Parra, who made “Baby Shark” his walk-up song before convincing Washington Nationals fans to embrace that choice. Anyone could have chosen that song, but not just anyone could have made that song work as Parra did.

Interested individuals can say much about Kris Kross’ “Warm It Up.” However, there is no great mystery regarding why Kris Bryant made it his walk-up song. After all, “Warm It Up” opens with a line encouraging Kris to “warm it up,” thus making it seem almost tailor-made for him.

“Kashmir” doesn’t have much to do with the region contested by India and Pakistan. Instead, Robert Plant came up with the idea while driving through the deserts of Southern Morroco. Appropriately, “Kashmir” doesn’t have much of a connection to either baseball or baseball players. Instead, Scott Kazmir seems to have gone with it because of his name. Still, his choice is quite good, if only because “Kashmir” is widely considered one of Led Zeppelin’s greatest songs.

Speaking of which, Kyle Hendricks’ choice of “Sweet Emotion” is worth a chuckle. For those unfamiliar, Hendricks is famous for being stoic when he is on the pitcher’s mound. As a result, choosing a song famous for having been inspired by surging emotions is a bit of an ironic joke on his part.

A lot of walk-up songs are either boastful, provocative, or a bit of both. As such, DMX’s “Party Up (Up in Here)” is perfect for the role. That is particularly true when Kelly chose it to be his walk-up song because the man was a bit of a hothead, meaning his reputation made for an extra bit of pressure.

“Crazy Train” isn’t a perfect choice for a walk-up song. Despite its name, it is a surprisingly sensible bit of grumbling about living under the constant threat of nuclear annihilation during the Cold War. Still, it is a very enjoyable rock song that has more than earned its place through its longstanding association with Chipper Jones.

Ken Griffey, Jr.’s career spanned four decades. Even so, there are a lot of people who associate him with the 1990s because he is either the most famous or one of the most famous baseball players of that decade. For proof, look no further than his deals with Nike and Nintendo, which reflected personal popularity great enough to bolster the reputation of the MLB as a whole. As such, it makes right for his walk-up song to be just as much of an icon of the 1990s as he is.

“Seven Nation Army” is about someone’s very negative reaction when he realizes that other people have been gossiping about him behind his back. That means it doesn’t have anything to do with sports. Despite that, “Seven Nation Army” is extremely popular in the world of sports, perhaps because it has a wonderful guitar line. Stephen Strasburg using it as a walk-up song is an excellent example. Another would be how people have been singing it at the FIFA World Cup ever since it came out in 2003.

Sleep can be restful and relaxing. Unfortunately, it can also be filled with fear and terror. After all, sleep represents a loss of control. Even worse, it is when the mind runs wild, thus allowing nightmares to come up. As such, it isn’t hard to see why Metallica’s “Sandman” can be interpreted as an intimidating song, particularly since its lyrics put so much emphasis on nighttime monsters. Curiously, Mariano Rivera didn’t choose the walk-up song. Instead, the New York Yankees’ marketing team did that for him.

It isn’t uncommon to hear people using bells to make something more ominous. In considerable part, that is because of the practice of people sounding a bell very slowly to signal a funeral. Chances are good interested individuals can guess AC/DC wasn’t shy about using this on “Hells Bells.” Moreover, its lyrics do a great deal to give the song an even more threatening feel. “Hells Bells” has a very strong association with Trevor Hoffman, a relief pitcher who spent most of his career playing for the San Diego Padres.

The Notorious B.I.G. released “Big Poppa” to tremendous success in the mid-1990s. It is no great mystery that the song’s name came from one of his nicknames. As a result, it feels appropriate that a song named for a nickname would be chosen as a walk-up song because of another nickname. After all, David Ortiz is Big Papi. Reputedly, he got the nickname because he isn’t very good at remembering names. Ortiz would call anyone whose name he didn’t remember “Papi” because of a Dominican custom. Eventually, people started calling him “Papi” in turn, which stuck.

“Welcome to the Jungle” takes inspiration from the transition from small-town America to the city of Los Angeles. Its depiction of the latter is mixed at best, filled with opportunities people can’t take unless they are willing to pay a heavy price. Due to that, it isn’t a huge conceptual jump for “Welcome to the Jungle” to signal the batter entering a new, dangerous environment dictated by Randy Johnson, a formidable pitcher in his time.

“Thunderstruck” is about as straightforward a walk-up song as these things get. As such, it is no wonder that so many baseball players have used it as their walk-up song, with Noah Syndergaard being just one of them. Thunderbolts don’t exactly work like baseballs. Still, they convey the desired speed and power. On top of that, the name of the song is perfect for describing the preferred state of the opponent afterward.

Generally speaking, baseball players go with either rock or hip-hop for their walk-up songs. That makes Todd Frazier’s choice of “Fly Me to the Moon” stand out, particularly since the song came out more than half a century ago. Still, it works, not least because “Fly Me to the Moon” is exactly the kind of name people want to hear when they are hoping for a home run.

“HUMBLE” lives up to its name by recommending a sense of humility. That isn’t necessarily a bad thing. If nothing else, a sense of humility can help people stay grounded, thus enabling them to make better assessments of the situation than otherwise possible. Some people have speculated that Manny Machado chose the song as a bit of an ironic nod, but there is no way to say whether that is the case or not.

Luck is a rather nebulous thing. Despite that, it matters because seemingly small factors can have big consequences. Like other athletes, baseball players are extremely superstitious, as shown by the stories of them eating certain foods, avoiding certain steps, and following specific rituals. “Superstition” is an excellent choice for a walk-up song under those circumstances. On top of that, it is just a very enjoyable song.

Taylor Swift isn’t the first artist most people think of when they think of baseball. Anthony Rizzo deserves some recognition just because of his unorthodox choice alone. With that said, “Bad Blood” is very much in line with most of the walk-up songs on this list. Yes, the narrator is upset because of a broken relationship. Even so, the song is very much about getting even rather than letting bygones be bygones.

“This Is How We Do It” is a more relaxed, more soothing sort of song. Still, it worked well for Derek Jeter for at least a couple of reasons. One, its title is very to the point. Two, being relaxed can be a sign of intimidation in its own right. Someone seeming tense is a sure sign they are taking things seriously. In contrast, someone remaining relaxed means they are feeling confident, which can be quite unnerving for the other side to see.

“God’s Gonna Cut You Down” is an old American folk song. Its meaning is quite straightforward. God is always watching. As a result, evildoers won’t always get away with their wickedness. Sooner or later, God will take them out, often working through the hands of the righteous. It is a versatile song because it can be interpreted in such a wide range of ways. For instance, some people will see it as heartening because it says that justice will always prevail. However, Johnny Cash’s version is more sinister-sounding than most, serving as a reminder that there is always the potential for misplaced pride to be humbled seemingly out of nowhere. Seen from that light, one might say the song is a warning. Lance Berkman was a power hitter when he was still playing. That meant he did plenty of humbling in his day, thus making this song a good fit for his capabilities.

The “Circle of Life” is one of the greatest songs from The Lion King, which is remarkable because the movie wasn’t exactly short on such. It boasts excellent visuals and wonderful words. Moreover, it is just fun in a way that few songs can even try to match. Thanks to that, the “Circle of Life” worked surprisingly well for Yoenis Cespedes even though it is a more soothing song than most of those on this list. Of course, its name provides more than enough intimidation value on its own. The lyrics are peaceful and moving. Still, anyone who knows anything about nature will know that it encompasses multitudes. It is beautiful and glorious. Simultaneously, nature is also red in tooth and claw, which is far from being the worst that it has to exhibit. 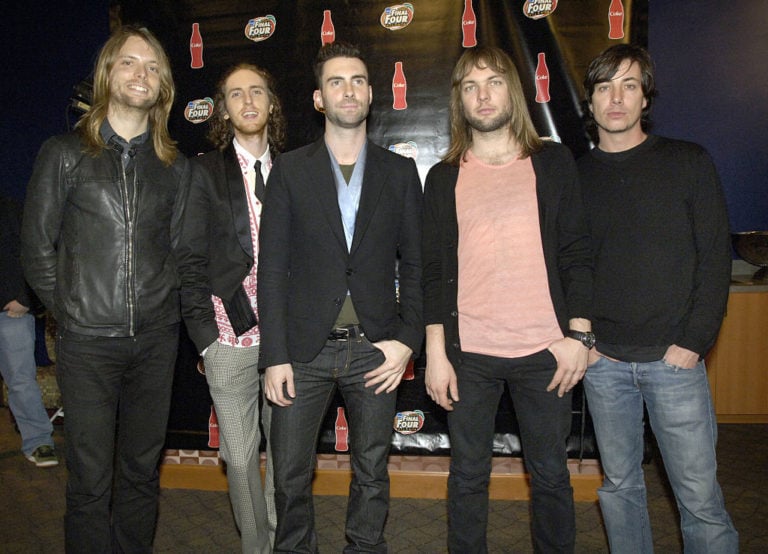 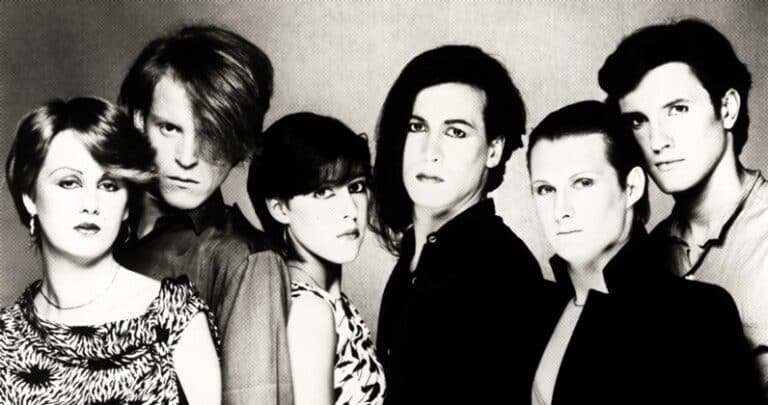 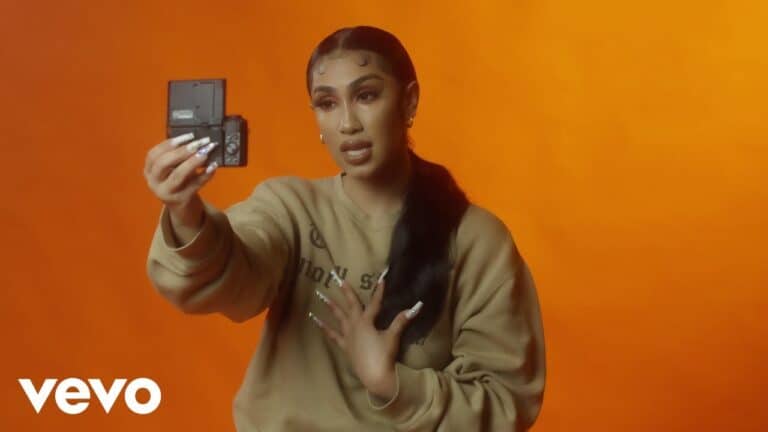 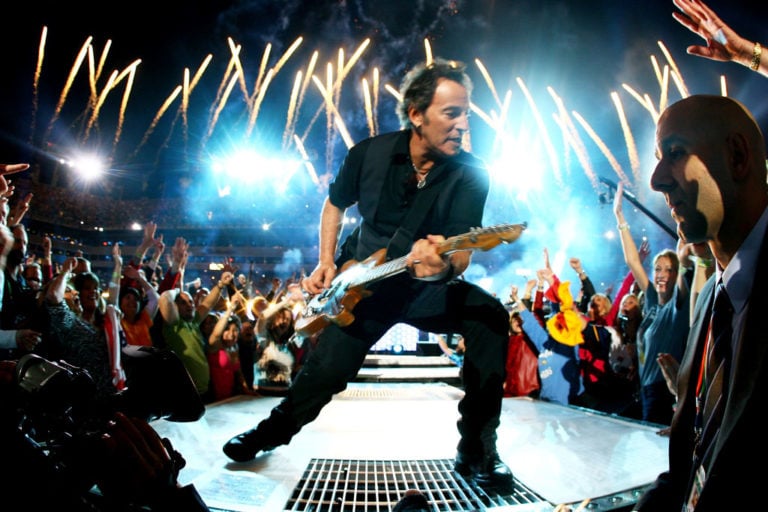