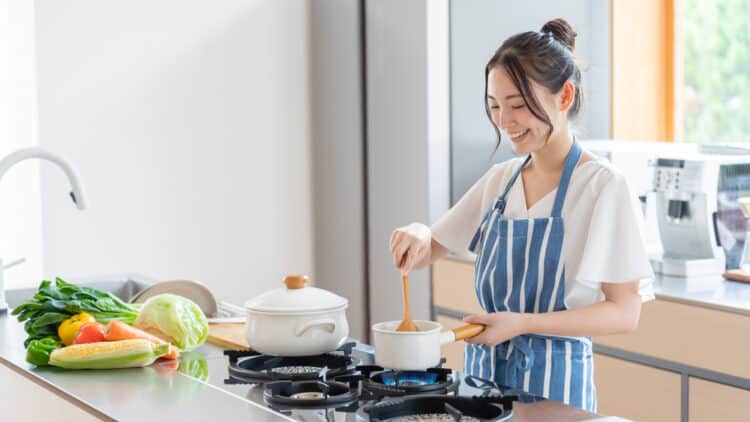 Songs about cooking have existed since time immemorial. You likely have heard background music if you’ve ever gone behind the scenes in top hotels and restaurants. Having music in the background as you cook is to relieve the tension in the kitchen. Whether you love soft music or hard rock, here are the ten awesome songs about cooking to set you in the mood and boost your culinary skills.

Whether you’re a professional baker or like to test your hand on a baking recipe, you saw on YouTube, you likely love going big on cakes. And what better way to set you in the mood of whisking the sweetest delight than when listening to Pound the Cake by Drake? He released the song in 2013 alongside famous artists like Jay-Z, Jimmy Smith & Ellie Goulding. The track, which features under his Nothing Was the Same album, is excellent for anyone who loves baking cakes.

Lemon Song by Zeppelin is a 1969 song born out of Hard Time Killing Floors by Howlin Wolf. There is a line, “squeeze my lemon until juice runs down my leg comes from Travelling Riverside Blues by Robert Johnson. While its meaning might be ambiguous, you’ll love this classic rock in the background.

Bacon is a 2016 pop track by Nick Jonas feat. Ty Dollar $ign. It features in Jonas’ third studio album, Last Year Was Complicated, as the second single. According to GEMTRACKS, most artists use foods like bacon as metaphors. In the case of Nick Jonas, he likens putting bacon to leaving a relationship that’s left you hopeful that it was for the best. He was once quoted saying that his life was great and it’s good to throw some bacon on it to make it better. Thanks to this song, Jonas earned a nomination for the 2016 MTV Video Music Awards.

Bouquet is another fantastic track from an English band called Bloc Party, from their album, Silent Alarm. The story behind it is of a teenager struggling to transition into an adult. It was the first track to chart on the Billboard Modern Rock Tracks, ranking at 34. North America also credits the song as their first breakthrough. If you’re looking to cook up at a street or block party, this track will do you justice. It’s the perfect song to set you in the mood for taking your culinary skills to the next level.

American Pie is a 1971 song performed by Don McLean for his album with the same title. The song pays tribute to the 1959 plane crash that claimed famous rock and roll stars’ lives, The Big Bopper, Buddy Holly, and Ritchie Valens. McLean compares American pie to profound cultural changes and loss of innocence from his generation. However, he kept the meaning of the symbolism a secret for years before releasing the lyrics notes when he sold it in 2015. The track earned a Grammy Award for Song of the Year and Grammy Hall of Fame and ranked number in the US Billboard Hot 100.

In 2003, 50 Cent released Candy Shop alongside Olivia from his Get Rich or Die Tryin’ Album. The song mainly shows 50 Cent as he takes R&B singer Olivia to a candy shop to lick lollipops and dozens of other niceties. Apart from earning 50 Cent a Billboard Music Award for Ringtone of the Year, it also received a Grammy Award for the Best Rap Song and more. 50 Cent took part in the World Food Program to donate meals to children facing starvation in Africa. He did so after seeing the horrible state those children went through.

4. Peaches by The Presidents of the United States of America (1995)

If you’re in the mood for whipping out the best peaches recipe and want a song to set you in the mood, you can never go wrong with the 1995 Peaches track by The Presidents of the United States of America. The track features on their self-titled album as their third single. The lead singer used peaches to talk about his experiences outside his girlfriend’s house. He confesses that he tripped under a peach tree, and as he was coming to terms with his predicament, peaches dropped on his palms trickling with juice. Unfortunately, he never got the chance to tell her about it.

Pour Some Sugar on Me is a 1987 hard rock song by Def Leppard from their Hysteria album. Surprisingly, it came by accident from the lead singer, Joe Elliot, during a break from recording another song on the same album. If you’re cooking something and sugar is part of the ingredients you’re using, this song is the one to listen to.

Banana Pancakes is the song you want to listen to after waking up to prepare breakfast for your family. Jack sang the song while recollecting the morning his wife was busy doing something else. he often sang it to distract her. This song is motivating because breakfast is the most important meal to kickstart your day.

If you enjoy pop music in the kitchen, Strawberry Swing by a British rock band, Coldplay, is the song to listen to. It comes from their album Viva la Vida/ Death and All His Friends. Surprisingly, the band members wanted to leave it out of the album, but Chris Martin insisted that it should be included. The song likens to strawberry swing to a place where loved ones like to meet. It received nominations for being MTV Video Music Award for Best Breakthrough Video. Listen to this song when you want slow music playing in your kitchen background.