Paul Stanley says that all concerts held today are copies of KISS. He says the quality of KISS‘s stage shows is unique and unreachable.

Paul Stanley, actual name Stanley Bert Eisen, was born in New York City in 1952. He is one of the founders of KISS and one of the best rock bands ever. The fictional and mystical environment created by KISS on the stage led him to establish the fictional character of Starchild.

Paul Stanley, the iconic figure in metal and rock music, recently spoke to Volume. He talked about the quality and complexity of KISS shows.

KISS concert shows are of course among the best performances ever. It’s not just about energy and fun, it’s a harmony of their costumes, the theme they’ve created on stage, and everything else. It’s understandable that Paul Stanley is confident and straightforward on this. 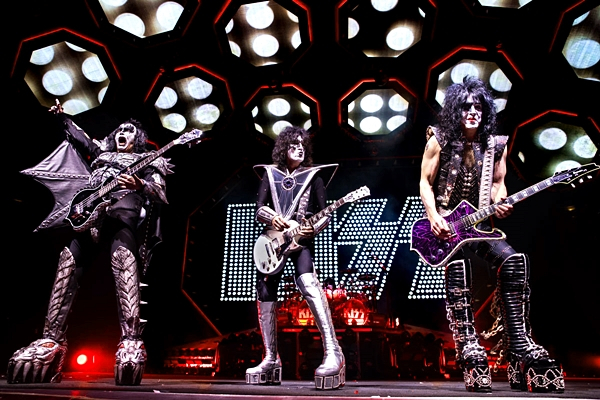 KISS, End of the Road Tour

According to Paul, “The End of the Road” tour was among their best performances because they used a higher technology in those shows. Paul thinks many artists and bands are trying to copy KISS‘s concert shows and be like KISS.

“Whoever you go to see, you’re seeing a KISS show because KISS DNA is in everything that’s done nowadays.”

Paul added: “So for us, it’s really a matter of always putting our stamp on it and you can always have a KISS show but you don’t get KISS so I think there’s a big difference.”

KISS singer Paul Stanley said that they are now at the peak of their careers and inspired many people. However, their energy and concert performance brings difficulties with it. He talked about the difficulty of wearing 40-pound gear at concerts.

“Look if we were wearing t-shirts and jeans, we could play in our 90s. But we’re wearing 40 plus pounds of gear and running around like an Olympic marathon so it’s just not possible to continue doing this the way we do it.”

However, these difficulties also have a reward. They wanted to present a real show to people at concerts, KISS receives positive feedback from many of its fans and they satisfy them.

“And it really has been a special night for us also to kind of validate for these people why they’ve stood by us and for the people who are seeing us for the first time, you have many people going, ‘Gee, I wish I joined the party earlier.”