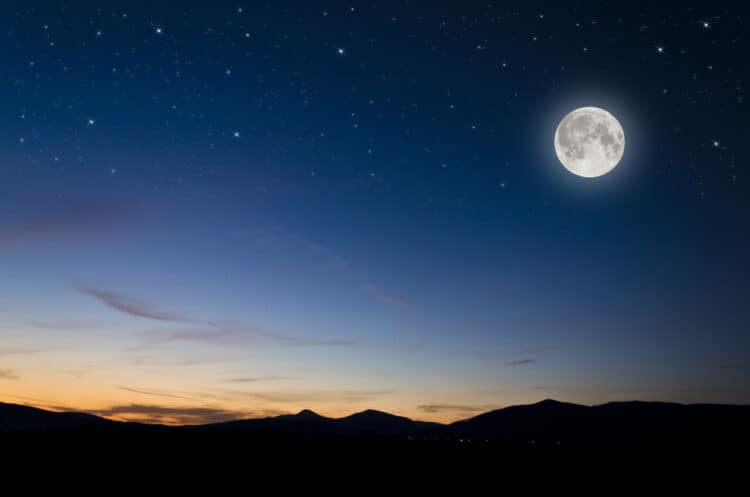 There’s just something about the night that inspires music. Maybe it’s the peace and quiet, or the mystery of the dark. Whatever it is, there are some great songs out there about the night. In this article, we will take a look at 10 of our favorite songs about the night. Night songs are usually pretty mellow and relaxing. They often have a feeling of nostalgia or longing and can be quite sentimental.

This song is about the simple pleasure of swimming in a pool at night. It was produced under the record label Warner Bros. and released in 1992. The song peaked at number 15 on Billboard’s Modern Rock Tracks chart. It was written by band members Michael Stipe, Peter Buck, and Mike Mills. The song has been featured in many films and television shows like The Virgin Suicides, The O.C., and One Tree Hill.

“Night Moves” is a song by Bob Seger from his 1976 album of the same name. The song was a top-five hit on the Billboard Hot 100 chart in 1977. The song is about a young man who reflects on his teenage years spent cruising around in his car at night. According to Repeat Replay, this song was written by Bob Seger and was inspired by his own experiences as a teenager. This song has been featured in movies like “Dazed and Confused” and “The Fast and the Furious: Tokyo Drift” as a soundtrack.

“Night Fever” is a song about, well, dancing the night away. The Bee Gees capture the feeling of being in a club and wanting to dance all night long. It was written for the soundtrack of the film “Saturday Night Fever”, and it quickly became a disco classic. The Bee Gees were excellent at writing catchy pop songs, and “Night Fever” is no exception. The song picked at number one on the Billboard Hot 100 chart and won a Grammy Award for Best Pop Vocal Performance by a Duo or Group.

“In the Night” is an incredible song about the dark side of love and lust. It was written by The Weeknd, and is featured on his album Beauty Behind the Madness. The song is written in a minor key, which creates a feeling of unease and danger. The song reached number seven on the Billboard Hot 100 chart and was certified double platinum by the Recording Industry Association of America. It received much more success after being featured in the film Fifty Shades of Grey. It connects to the film’s themes of love, sex, and addiction.

6. “The Long and Winding Road” by The Beatles

This song is a classic ballad by The Beatles, and it’s about the struggles and heartache of life. The band sings while explaining how life is full of “twists and turns” that can make it difficult to find your way. It was recorded under the record label Capitol. The song has been covered by many artists, including Bob Dylan and Michael Bublé. It reached number one on the UK Singles Chart and was nominated for a Grammy Award. It has been featured in movies such as “Ocean’s Eleven” and “Forrest Gump.”

5. “Tender is The Night” Jackson Browne

This song is a classic Jackson Browne ballad that was released in 1977. It is a beautiful and tender song about the night, and how it can be a time of both love and loneliness. The song was written by Browne after he had gone through a divorce, and it is filled with emotion. According to Ultimate Classic Rock, the song was a hit that reached number 13 on the Billboard charts. It is a timeless song about the night that will never be forgotten. It was produced by Jon Landau and Jackson Browne under the album name Running on Empty.

“Nights in White Satin” is a song by The Moody Blues, released on their 1967 album Days of Future Passed. The song was written by Justin Hayward and composed by Graeme Edge. It was a great song that reached number 19 on the UK Singles Chart. It gained more popularity after featuring in the 1983 film The Hunger.

“Midnight Rider” is a song by the Allman Brothers Band. The song was written by Gregg Allman and was originally released on the band’s second album, Idlewild South (1970). The song is about a drifter who is on the run from the law. According to Spinditty, the song has been covered by many artists, including Willie Nelson, Grateful Dead, and the Dave Matthews Band. The song reached number 19 on the Billboard Hot 100 chart in 1971. The song has been included in many movies and television shows, including The Walking Dead, Sons of Anarchy, and The Big Lebowski.

The Strokes are known for their dark and edgy music, and “Last Night” is no exception. This song is about a one-night stand, and it’s clear that the protagonist is not looking for anything serious. The song was written by lead singer Julian Casablancas. It was produced under the record label RCA. It reached number two on the US Billboard Alternative Songs chart and has been featured in several films and television shows like The O.C., Gossip Girl, and How I Met Your Mother.

Ludwig van Beethoven’s “Moonlight Sonata” is one of the most popular pieces of classical music ever written. The song was written by Beethoven in 1801 and is one of the few works he composed while battling hearing loss. This song has been used in several movies and films like “The Pianist” and “Immortal Beloved”.

We can all agree that night songs are some of the best songs out there. They can be haunting, beautiful, or even just fun to sing along to. The songs we have discussed are just a small sampling of the great night songs that exist. Whether you are looking for something to help you get through a night, or just want to enjoy the beauty of the night, these songs are sure to please.