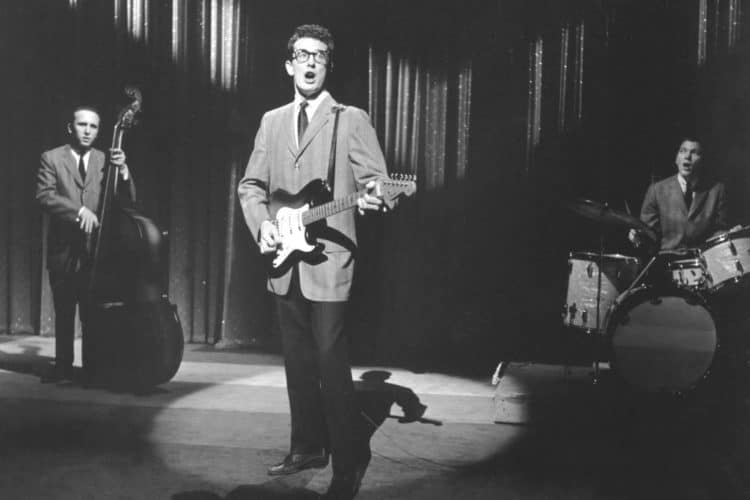 Films don’t get much bigger than American Graffiti, a movie of such import in US culture, it’s been selected for preservation in the National Film Registry for being “culturally, historically, or aesthetically significant.” But what would any great film be without an equally great soundtrack? Consisting of a collection of early rock and roll and doo-wop classics from the ’50s and ‘early ’60s, the American Graffiti soundtrack proved almost as popular as the film itself, charting at number 10 on the Billboard 200 and eventually certifying triple platinum. Here’s how we rank all the songs from the American Graffiti soundtrack in order of greatness.

The Monotones’ Charles Patrick was inspired to write The Book of Love after hearing a toothpaste commercial with the line “you’ll wonder where the yellow went”/ when you brush your teeth with Pepsodent.” A bit of artistic license later, and he and the rest of the group had earned one of their biggest ever hits.

40. Heart and Soul – The Cleftones

Heart and Soul was a hit for numerous artists in the ’40 and ’50s, but it’s The Cleftones cover from 1961 that made it onto the American Graffiti soundtrack.

39. Crying in the Chapel – Darrell Glenn

Darrell Glenn might not have released many songs, but he left his mark on the music industry with this song penned by his father, Artie.

Not only did Flash Cadillac & the Continental Kids appear as the fictitious band Herby and the Heartbeats in American Graffiti, but they also contributed this golden nugget of retro rock and roll to its soundtrack.

Both Ronnie Milsap and Gun N’ Roses have enjoyed success with Since I Don’t Have You, but there’s no beating the 1958 original by doo-wop group, the Skyliners.

36. A Thousand Miles Away – The Heartbeats

A Thousand Miles Away took doo-wop group The Heartbeats to number 5 on the R&B Singles chart in 1956, becoming one of their most successful singles.

You’re Sixteen was a top ten hit for the Sherman Brothers in 1960. Fourteen years later, Ringo Starr’s version made it all the way to number one in the US.

If you’ve ever wondered what the films American Graffiti, Diner, Stand by Me, Joe Versus the Volcano and Set It Up have in common, it’s this 1957 rock and roll song from The Del Vikings.

The Searchers had the biggest chart success with Love Potion No. 9, but it was the Clovers’ 1959 original that made it onto the America Graffiti soundtrack.

Buddy Knox was still a teenager when he wrote Party Doll behind a haystack on his family’s farm in Happy, Texas. A decade later, he took it to the top of the charts.

31. Do You Want to Dance – Bobby Freeman

Do You Want to Dance gave Bobby Freeman a top-five hit in the US in 1958. Four years later, Clif Richards and the Shadows took their version to number 2 in the UK.

An ode to the perks of gainful employment, Get a Job by The Silhouettes has featured in numerous soundtracks over the years, including Stand By Me, Trading Places, Get a Job, Joey, and Good Morning, Vietnam, and, of course, American Graffiti.

Buster Brown might not be a name many of us remember these days, but back in 1960, he topped the charts with this R&B confection.

Doo-wop legends The Five Satins earned a number 5 R&B hit in 1957 with the irresistibly catchy To the Aisle.

16 Candles gave The Crest a number 2 hit in 1958. Over 30 years later, Jerry Lee Lewis took it back to the charts with his version.

26. I Only Have Eyes for You – The Flamingoes

I Only Have Eyes for You became popular in the 1930s after appearing in the film Danes, but of all the covers made, The Flamingoes version from 1959 is arguably the most famous.

According to legend, this 1961 song by Lee Dorsey was inspired by a children’s nursery rhyme.

24. The Great Pretender – The Platters

Sam Cooke’s cover of The Great Pretender is said to have given Chrissie Hynde the inspiration to name her band The Pretenders, but the Platters were the first ones to record the song all the way back in 1955.

This tragic teenage love story from 1959 got blacklisted by the BBC, but it still made it to number 37 on the UK charts, as well as number one in the US.

The Beach Boys might have had the biggest hit with Barbara Ann, but it was the Regents that first recorded it back in 1961.

As summery as its title, this blast of sunshine pop from the Beach Boys was first recorded by the group for their 1964 album of the same name.

(He’s) The Great Imposter was a top 30 hit for the vocal group The Fleetwoods in 1961. Listen out for the legendary Earl Palmer (one of the earliest pioneers of rock and roll) on drums.

This rock and roll hit single took The Diamonds to number one on the Cash Box chart, eventually wrangling a place on Billboard magazine’s Top 50 singles of 1958.

18. See You In September – The Tempos

The Happenings earned a top 5 hit with See You In September in 1966, but Pittsburgh vocal group The Tempos were the first to record it in the summer of 1959.

This doo-wop classic from Danny & the Juniors gave the group one of their biggest all-time hits in 1958, storming to the top of both the Hot 100 and R&B Best Sellers list.

Both Jimi Hendrix and Joe Pesci played guitar with Joey Dee and the Starliters at various points in the 1960s, although neither one showed up for this number one hit from 1961.

Another contribution from The Platters next, this time the chart-topping Only You (And You Alone) from 1955.

A month after R&B group the Gladiolas released the original version of Little Darlin’, The Diamonds came along and stole their thunder in what turned out to be one of the few examples in chart history of a cover being better than the original.

No one did rock and roll like Chuck Berry, as he proved on this top 5 hit from 1959.

Ain’t That a Shame has been covered by John Lennon, Paul McCartney, The Four Seasons, and Cheap Trick, but it’s Fats Domino’s version that’s been ranked as one of Rolling Stone’s 500 Greatest Songs of All Time.

There’s no telling what The Big Bopper would have achieved had he not died alongside Buddy Holly and Ritchie Valens on that ill-fated day in 1959, but judging from this triumphant piece of rock and roll from the previous year, it would have been extraordinary.

10. Smoke Gets in Your Eyes – The Platters

Smoke Gets in Your Eyes was written for the 1933 musical Roberta, but its most famous version was recorded over 20 years later by The Platters, who took the song to number 1 in the US.

If anything sums up California Sound, it’s this summery hit from the Beach Boys.

Goodnight, Well it’s Time to Go has been recorded by countless artists since the mid-50s, but it was The Spaniels’ original version from 1953 that made it to the American Graffiti soundtrack.

7. Why Do Fools Fall in Love – Frankie Lymon & the Teenagers

This 1956 classic from Frankie Lymon & the Teenagers worked its way into rock and roll history when Rolling Stone named it one of The 500 Greatest Songs of All Time.

Del Shannon earned one of the biggest hits of his career with the chart-topping Runaway in 1961. In 2010, it made it to Rolling Stone’s list of the 500 Greatest Songs of All Time.

5. Rock Around the Clock – Bill Haley & His Comets

Rock Around the Clock took Bill Haley & His Comets to the top of the charts in 1954, spending a stonking two months at number one.

Everyone from Jackie DeShannon to Paul McCartney has covered Maybe Baby over the years, but there’s no beating Buddy Holly’s original.

Described by All Music as “one of the most popular instrumental rock and soul songs ever,” this 1962 classic was originally going to be called Funky Onions, but after Stax owner Jim Stewart’s sister said she thought it “sounded like a cuss word,” it was re-titled Green Onions instead.

2. That’ll Be the Day – Buddy Holly and the Crickets

Buddy Holly made a ton of great songs, but this classic from 1957 might just be the pick of the bunch. As well as being inducted into the Grammy Hall of Fame, it’s also been preserved in the National Recording Registry for being “culturally, historically, or aesthetically important.”.

Chuck Berry might not have invented rock and roll, but on Johnny B. Goode, he perfected it. Widely considered one of the most recognizable and popular songs in the history of music, there’s simply no beating it. 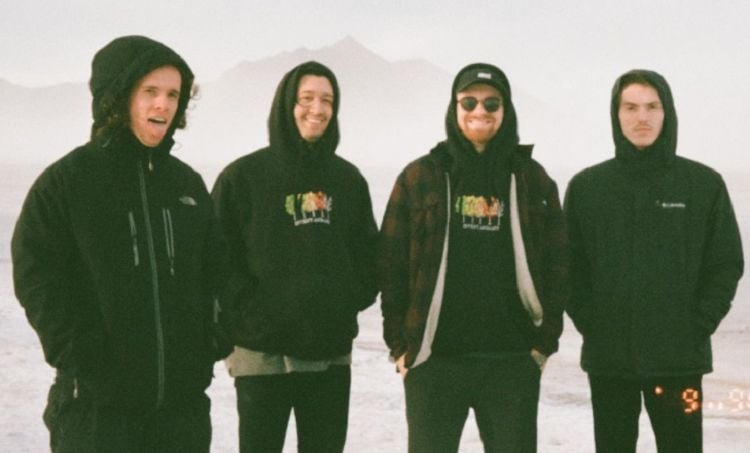 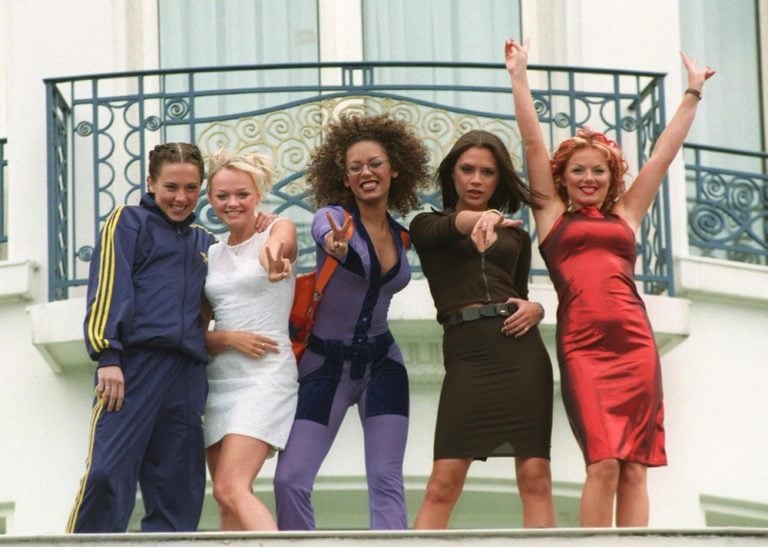 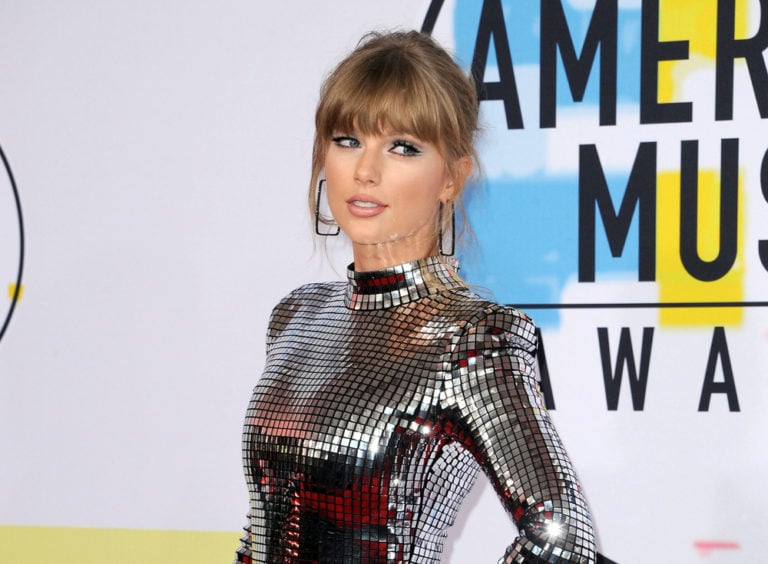