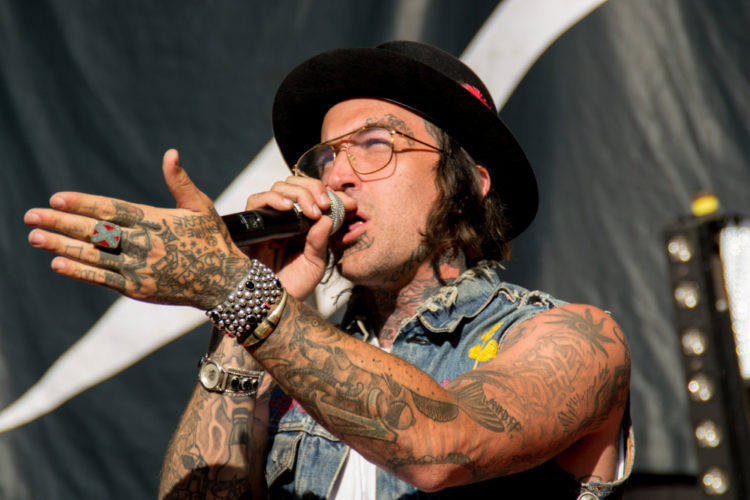 Up until 2010, Yelawolf was an underground rapper from the south with a small but dedicated following. And then he dropped his first major-label release, Trunk Muzik 0-60, and suddenly, the name on everyone’s lips was Yelawolf. Since then, he’s switched labels to Eminem’s record label Shady Records, released several more massive albums, and become one of the hottest artists in hip-hop. Here, we take a look back at some of his finest (and not so fine) moments as we rank all seven Yelawolf albums.

Yelawolf started getting into hip hop during his time at Carter Lawrence Middle School in Nashville, later saying that that was when “hip hop started making sense to me. That’s where hip hop made sense culturally.” His first attempt at taking his music to a bigger stage came in 2005, when he appeared as a contestant on the reality series “The Road to Stardom with Missy Elliott.” He was eliminated from the show before reaching the final stages, but undeterred, returned just a few months later with his debut album Creekwater. Creatively, he still had some way to go before finding his voice, but there’s enough promise and potential sewn throughout the album to make it a worthwhile listen.

Yelawolf has described his seventh studio album, Ghetto Cowboy (the first to be released independently since his 2005 debut Creekwater) as his most satisfying, saying “Ghetto Cowboy has been the most gratifying to me as an artist being that it’s my first indie release on my own label. I have no one to answer to and that can be a scary responsibility. After Love Story, Trial By Fire, and then Trunk Muzik 3, I feel like I got a well-rounded project that speaks to all the fans; hip hop, rock’n’roll, and southern fans alike.” Produced alongside longtime collaborators Jim Jonsin, DJ Klever, and DJ Paul, the album was intended to be “unapologetic, brutally honest and at times completely vulnerable.” For the most part, it is. If you’ve always been on the fence about Yelawolf, this might not be the album to sway you – the rapper isn’t trying to reinvent the wheel here or deliver anything he hasn’t before – but if you’re already a fan, you won’t be disappointed with standout tracks like the menacing Unnatural Born Killers or the more mellifluous groove of Opie Taylor.

Mud Mouth, Yelawolf’s seventh studio album and third to be released independently, dropped on April 30, 2021. Unless he does a 180, it’s the last hip hop album we’ll ever get from him – his next album, Sometimes Y (which is currently tipped for a 2022 release), will be the first rock album in what Yelawolf has said will be a permanent shift to the genre. Thanks to Mud Mouth, he’ll be bowing out of the hip-hop scene on a high note. Described by hunnypotunlimited.com as an intoxicating blend of hard beats, soft melodies, fast raps, and genre-defying undertones, the album serves as a showcase for Yelawolf’s skills on the mic, finding him switching seamlessly from spitting out rhymes one moment to dishing out country-inflected southern rock the next. Producer Jim Jonsin (who’s previously proved his worth on TI’s Whatever You Like and Lil Wayne’s Lollipop) does a fine job at giving each of the disparate styles on display enough room to breathe.

Trial By Fire, Yelawolf’s fourth album and his first to be entirely self-produced, is a darker, broodier affair than normal, touching on his experiences growing up in the south, police brutality, and his struggles with alcoholism and mental health. Released to little fanfare and almost zero promotion in October 2017, it flopped commercially, selling just a quarter of the units Love Story had shifted and stalling at number 42 on the Billboard 200. But commercial success aside, it’s by no means a failure, with the haunting (and very unexpected) duet with Wynonna Judd on Keeps Me Alive and with Lee Brice on Violin ranking as some of his most poignant and mature work to date.

For his fifth album, Yelawolf stepped back from the country hip hop fusions he’d been leaning towards on his most recent projects and returned to the southern hip hop of his debut. Released in March 2019, Trunk Muzik III was a moderate success, reaching number 29 on the Billboard 200 and number 17 on the Billboard Top R&B/Hip-Hop Albums chart. The dynamic flows and watertight production leave little to be desired, with the unrelenting onslaught of TM3 and Catfish Billy 2 and the more sensitive delights of Drugs and Addiction standing out as album highlights.

At the time of its release, Yelawolf described Love Story as his most passionate work so far, and it’s certainly got an undeniable emotional pull. A smart, sensitive effort that combines the swagger of his earlier records with a rootsy country music appeal, the creativity and ambition on display represent a giant leap forward for the rapper. It’s a little too long, but even though it fizzles out over the final few songs, the strength of the first three-quarters of the album makes it essential listening. Released in April 2015, Love Story became Yelawolf’s biggest-selling album to date, charting at number 3 on the Billboard 200 and certifying gold shortly after.

If there’s one thing you can always count on with a Yelawolf album, it’s mixed reviews. Radioactive, his second album and major-label debut, was no exception. PopMatters described it as a misguided grasp at populism. Prefix Magazine called it a total artistic failure. The Source, meanwhile, named it a near-classic, and XXL described it as a “standout effort that introduces the full-range of his talents as an MC with crafty songwriting abilities and deft ear for a sonic palette”. Ultimately, there’s no accounting for taste, but if you’ve got a fondness for expertly crafted, Southern-fried rap dripping in trailer park swagger and killer rhymes, we suggest you stop whatever it is you’re doing and take Radioactive for a spin right away. 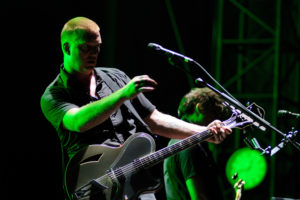 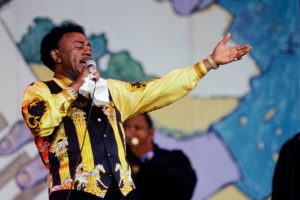 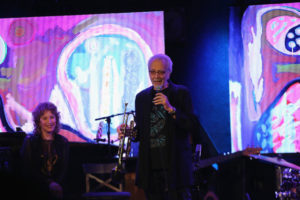 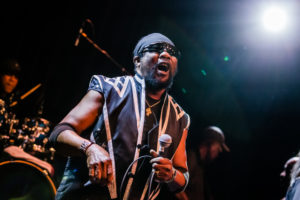 The 10 Best Toots and the Maytals Songs of All-Time