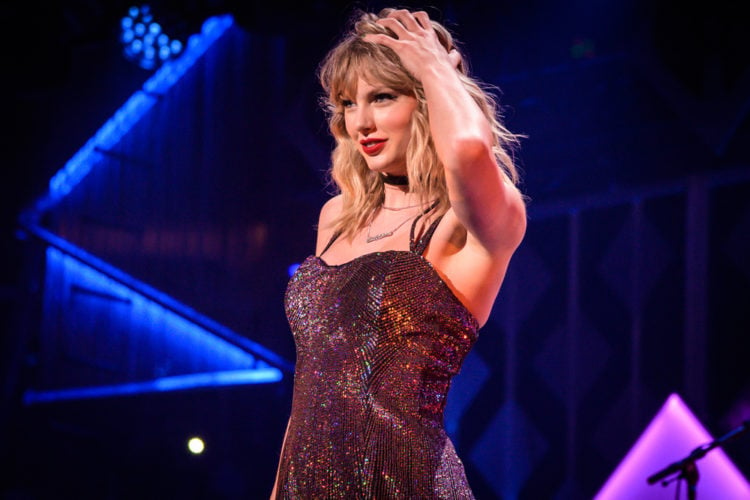 The title of a song often says a lot about the lyrical or musical content of the song. Colors are a common theme that is used in titles. A color is sometimes used as a descriptive word to describe an object, and it can also be used in a symbolic way to represent an emotion. Colors are used in the titles of songs from a diverse range of artists and bands, and there are examples from almost every music genre. Here are 20 awesome songs with colors in the title.

Music Grotto lists ‘Yellow Submarine’ as one of the most awesome songs with colors in the title. The single featured on the album’ Revolver,’ and it was also released as a double-A side with ‘Eleanor Rigby.’ It was written as a children’s song by band members John Lennon and Paul McCartney. ‘Yellow Submarine’ topped the singles charts in the UK, Australia, Canada, New Zealand, and several other countries. In the United States, it reached number two on the Billboard Hot 100.

‘Black Magic’ was the lead single from English girl group Little Mix’s third studio album, ‘Get Weird.’ It has an upbeat tempo and a catchy sound that quickly gained the song’s popularity. The single topped the charts in the UK and was a top ten hit in Ireland and Australia. In the United States, the song peaked at number 67 on the Billboard Hot 100.

Taylor Swift wrote ‘Red’ for her fourth studio album of the same name that was released in 2012. The singer used the track as a promotional single for the album. To promote the album, Swift performed the song on shows including ‘The Ellen DeGeneres Show,’ ‘The Late Show with David Letterman,’ and ‘Good Morning America.’ It was also included on her setlist for her 2013-2014 world tour. The song peaked at number six on the Billboard Hot 100. It incorporates elements of pop, country, and electronic music

English musician Sting wrote and recorded ‘Fields of Gold’ in 1993, and it appeared on his fourth studio album, ‘Ten Summoner’s Tales.’ The lyrics were inspired by the surroundings of a 16th-century mansion in Wiltshire where Sting was writing and recording music for his album. It was a top ten hit in Ireland and Canada and reached number 16 on the charts in the UK and number 23 on the Billboard Hot 100. Despite not achieving the same chart success as some of his other releases, it has since become one of Sting’s most popular songs. It has been covered by multiple artists, including Eva Cassidy and Katie Melua. The latter released her version for BBC Children in Need in 2017.

The ballad ‘Goodbye Yellow Brick Road’ was recorded by English artist Elton John, and it was the title track on the 1973 album of the same name. It was inspired by ‘The Wizard of Oz,’ with lyrics written by Bernie Taupin and lyrics by John. ‘Goodbye Yellow Brick Road’ was John’s third chart-topping hit in Canada, as he had already hit the top spot with ‘Crocodile Rock’ and ‘Daniel.’ The track reached number two on the Billboard Hot 100, number six in the UK, and number four in Ireland.

’99 Red Balloons,’ which was released as 99 Luftballons’ in Germany, was a song by the German band Nena. It featured on the band’s self-titled debut album. After the success of the single in the UK, other parts of Europe, and Japan, it was also released on the album ’99 Luftballons’ in 1984. Carlos Karges, Nena’s guitarist, wrote the original German version of the track, and Kevin McAlea wrote the lyrics for the English version. The English version is not a direct translation of the German version, as some of the lyrics give the song a different meaning. Karges was inspired to write the song after seeing balloons being released at a 1982 Rolling Stones concert.

‘Mr. Blue Sky’ was written by the British rock band Electric Light Orchestra, and they recorded it for their seventh studio album, ‘Out of the Blue,’ in 1977. It is the fourth and final song of the ‘Concerto for a Rainy Day’ suite. The single reached number six on the UK Singles Chart and number 35 on the Billboard Hot 100. Jeff Lyne, the band’s lead singer and songwriter, said he wrote the song in a Swiss chalet. He had been trying to write something for a couple of weeks while the weather was gloomy, but he faced writer’s block. When the sun came out, and the sky turned blue, he was suddenly inspired to write music. He wrote this song and another 13 tracks in the space of two weeks.

Will Smith recorded this song for the 1997 film, also called ‘Men in Black’. It was his first single, and it is featured on both his debut solo album and on the film’s soundtrack. Smith co-wrote the song with Patrice Rushen, Terri McFadden, and Freddie Washington. It topped the singles charts in several countries, and it won a Grammy Award for the Best Rap Solo Performance. Coko, a singer with SWV, features on the song, singing the chorus and the background vocals.

Kanye West co-wrote ‘Gold Digger’ with Ray Charles and Renald Richard. It appeared on West’s second studio album, ‘Late Registration,’ and it featured singer Jamie Foxx. Although it was a hit for West, he had written the song for rapper Shawna’s debut album. ‘Gold Digger’ broke a record for the most digital downloads in a week, as there were 80,000 downloads of this song within a week of its release.

‘True Blue’ is the title track from Madonna’s 1986 album of the same name. The dance-pop song was written by Madonna and Stephen Bray to describe her feelings for actor Sean Penn, who was her husband at the time. Music critics described the track as a cute, retro song. It reached number three on the Billboard Hot 100 and topped the charts in the UK, Ireland, and Canada.

Coldplay wrote and recorded ‘Yellow’ for their debut album, ‘Parachutes.’ In the United States, it was released as the lead single from the album, but in the UK, ‘Yellow’ was the second single released after ‘Shiver.’ The song topped the charts in Iceland, and it was a top ten hit in the UK, Ireland, and Australia. Chris Martin’s inspiration for this song was looking into the starry night sky while taking a break from recording.

9. Welcome to the Black Parade, My Chemical Romance, 2006

‘Welcome to the Black Parade’ was the lead single from My Chemical Romance’s third studio album, ‘The Black Parade.’ It topped the charts in the UK, and it reached number nine on the Billboard Hot 100. The Rock and Roll Hall of Fame named the track as one of the ‘Songs That Shaped Rock and Roll.’ In 2017, MTV named the music video for this single as the ‘Music Video of the Century.’

Bernie Wayne and Lee Morris wrote ‘Blue Velvet’ in 1950. A year later, it was released by Tony Bennett, and the song became a top 20 hit. It has since been covered by multiple artists, and the most successful version was by bobby Vinton in 1963, as it topped the charts. When Vinton’s version was released, it did not chart in the UK. However, it was used for a Nivea cold ream television campaign in 1990, triggering a rerelease of the song, upon which it reached number two on the UK Singles Chart.

‘White Wedding’ was a top ten hit for Billy Idol in both the United States and the UK. The song features in the 1998 film ‘The Wedding Singer,’ in which Billy Idol appears. It also featured in the 1993 film ‘True Romance.’ The iconic music video for this single shows a Goth wedding, with Idol as the groom. Dancer, singer, and actress Perri Lister, Idol’s girlfriend at that time, played the role of the bride.

‘Mellow Yellow’ is a song written and released by Scottish singer-songwriter Donovan in 1967. It peaked at number two on the Billboard Hot 100, as it was kept off the top spot by both The New York Vaudeville Band’s ‘Winchester Cathedral’ and the Beach Boys’ ‘Good Vibrations.’ In the UK Singles chart, this song reached number eight. When the single was released, some people incorrectly believed it was about getting high from smoking dried banana skins.

Canadian singer-songwriter Joni Mitchell wrote and recorded ‘Big Yellow Taxi’ in 1970. Although the song originally reached only number 67 on the Billboard Hot 100, it was a top 20 hit in Canada, the UK, and Australia. Four years later, Mitchell released a live version of the song, and it performed better on the charts in the United States, reaching number 24. This song has been covered by multiple other artists, including Counting Crows and Amy Grant.

Northern Irish singer and songwriter Van Morrison wrote and recorded the song ‘Brown Eyed Girl’ in 1967, and it became known as his signature song. The song featured backing vocals from the Sweet Inspirations, a girl group founded by Cissy Houston. It peaked at number ten on the Billboard Hot 100 but did not originally chart in the UK.

‘Back in Black’ was the lead single released from rock band AC/DC’s seventh studio album of the same name. The band wrote the song as a tribute to their former singer, Bon Scott, who died in 1980. This song is famous for its opening riff, which has been described by critics as one of the greatest riffs ever written. The song reached number 37 on the Billboard Hot 100. 31 years after the song was first released, it topped the UK singles and rock charts after becoming available on iTunes.

Chris de Burgh wrote ‘Lady in Record’ and released it as the second single from his 1986 album ‘Into the Light.’ Following the release of the song, De Burgh attracted a worldwide mainstream following. De Burgh said that he wrote the song about his wife Diane and how he remembered what she was wearing the first time they met. The song topped the charts in the UK, Ireland, Norway, Canada, and Belgium.

According to Best Life Online, one of the most awesome songs with colors in the title is Prince’s ‘Purple Rain.’ Prince recorded this song in 1983 with his backing band, ‘The Revolutions.’ It is probably one of the best-known songs with a color in the title. It featured on the soundtrack album for the film of the same name. It is a power ballad that was originally written by Prince as a country song for Stevie Nicks, but she was too overwhelmed by the song. Prince has described the lyrics as being about the rain at the end of the world, being with the one you love, and letting God support you through the purple rain. When it was released, the song only reached number two on the Billboard Hot 100 but later topped the charts when it was rereleased following Prince’s death in 2016.