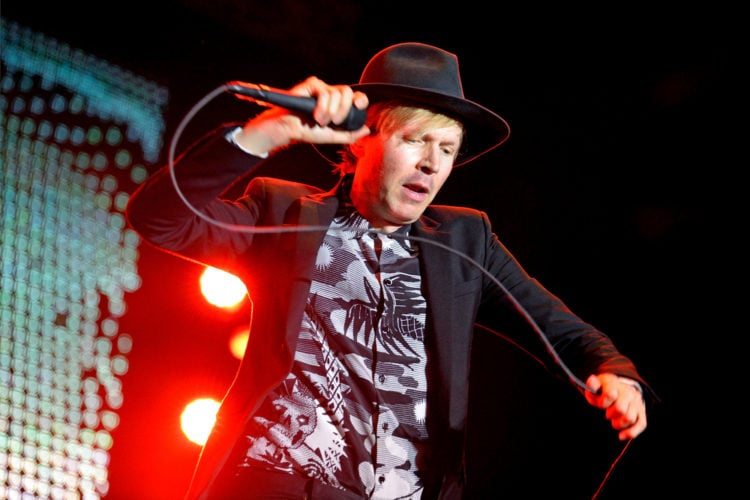 Ranking all 14 of Beck Hansen’s albums is no easy task, but somebody has got to do it. We’ll start at number 14 and work our way through the career of the man with many monikers up until we reach “the one.” This list will be based on a fairly simple but strict criterion: the music. It won’t be based on how influential or commercially successful an album was. It certainly won’t be based on how pretty or ugly his hair is in a particular album’s promotional photos. With that said, let’s start this thing off right with the most underrated of Beck albums.

Beck’s debut album wasn’t much of a commercial success. However, it provided more than enough reasons to keep him among the small group of musicians who had their hand on the pulse of what was coming next in music. It can’t be argued that Beck was taking risks here because he didn’t really do that until later on in his career. But this album demonstrated what a good collaborator he could be on the mic. In addition, some of his self-produced tracks foreshadowed his future work in that area. Overall, this is a great little album, and I recommend checking it out if you’re interested in finding out more about where Beck came from.

This album is not much of a departure from Beck’s previous work in how it sounds, but it seems to be imbued with an energy and purpose not seen in his previous albums. Perhaps this was because he was working with Greg Kurstin, who really made an effort to stay out of Beck’s creative space. As a result, Colors is more of a collaboration between the two than any of Beck’s other most recent albums. The result is something unexpected and exciting; it sounds like Beck is trying out new ideas without overstuffing the tracks.

The more I listen to this album, the more I like it. It is definitely a departure from Beck’s previous work, but that hasn’t always been a positive thing for him. Here though, he seems comfortable dabbling in sounds that are entirely different from what any of his other albums contain. The instrumental tracks sound like the kind of thing you would hear during the opening credits to an action movie, and I mean that as a compliment. It is tempting to put this album higher on the list because it surprised me with how much I ended up liking it, but I think it works better as a whole album than most of his work does.

The best way to describe this album is that it sounds like Beck took his Sea Change or Mutations albums, recorded them with the same musicians, and then decided to put a completely different spin on all of them. I think the record cover art is supposed to be a dead giveaway that this album will sound different from his other albums, but it actually seems like Beck took a step back with this one. It was a risk that paid off because I enjoyed all of the tracks more than those on either Mutations or Sea Change.

This album really surprised me with how solid it was. It took a long time for me to warm up to this one, but once I did, I found myself enjoying most of the tracks on it more than any other album he released up to that point. There are some genuinely good tracks here, and I think the record deserves more attention than it got.

This was the first album by Beck that I ever listened to, and it is a big part of why I decided to check out more music from him. The production on this album feels like an indie-rock take on something you might hear from Prince or David Bowie. You can also hear the early beginnings of the sound he would go on to further develop on Mellow Gold and Odelay here, but it may be more successful overall than either of those albums because it is just plain fun.

I would consider this album one of Beck’s most cohesive bodies of work, and it may just be the only time he has made an album that was both critically acclaimed and also commercially successful. This is probably down to the fact that he has since moved back to making music with a lo-fi sound and producing it himself. This is not only the case with his most recent album, but it seems like an attempt to return Guero’s sound was made on every album after this one as well. It’s too bad he will probably never be able to recapture this album’s success again.

This is another album that I might’ve ranked higher if not for my personal preference for lo-fi production styles. There are some really strong tracks here, and both the singles off of it were fantastic as well. It also has my favorite song, which I think we can all agree is one of his most successful and iconic songs.

This might be the most underrated album by Beck because it really does feel like something I would expect to see topping such a list. The style of music here is extremely unique, and it does feel like a solid mix between Stereopathetic, Soul Manure, and Odelay.

“Mellow Gold” is an album that no one should go through life without listening to at least once, and it may just be the quintessential example of what Beck’s albums can sound like. It has a bit of everything: some lo-fi production, hip hop elements, pop melodies, etc. I really don’t know how he can make something like this and then follow it up with an album that sounds completely different from it.

This album is one that I got into very recently, and while it was another change of pace for Beck, it still sticks to the core of what the man has always tried to do with his music. He said himself that he was going for a more “classic” feel with this album, and I think people can tell from its tone. This is probably his most emotionally-driven body of work to date, and it seems like it may have been what David Bowie had in mind when he requested Beck to produce Blackstar.

It is a shame that this album was released when it was because it feels like something I would’ve been listening to in my late teens or early 20s. The production on here just sounds so classic and modern at the same time. It almost feels like someone took a blast from the past and turned the dial up a bit. I think that this album is really what got me interested in Beck as an artist, and it might be interesting to see if younger generations will feel the same way about this album or something like Sea Change.

There is not a single person I’ve talked to about music who doesn’t like this album. It is still one of the most unique albums ever released, and it seems to have been what opened the door for artists who blend rock with hip-hop elements. This is an album that will definitely take more than a few listens to click with you finally, but once it does, you can see why critics and audiences alike have praised this album for over 20 years now.

This album is the one that started it all for me, and it might be my personal favorite Beck album of all time (although Sea Change may give it a run for its money). I remember the first time I heard it; I couldn’t believe how different it was from his previous albums but at the same time how much it still felt like Beck. He literally created a whole new genre of music with this album, and if you told me 20 years ago, there would be artists like Pharrell and Lorde who would be heavily influenced by the style of music he created here, I probably wouldn’t have believed you. 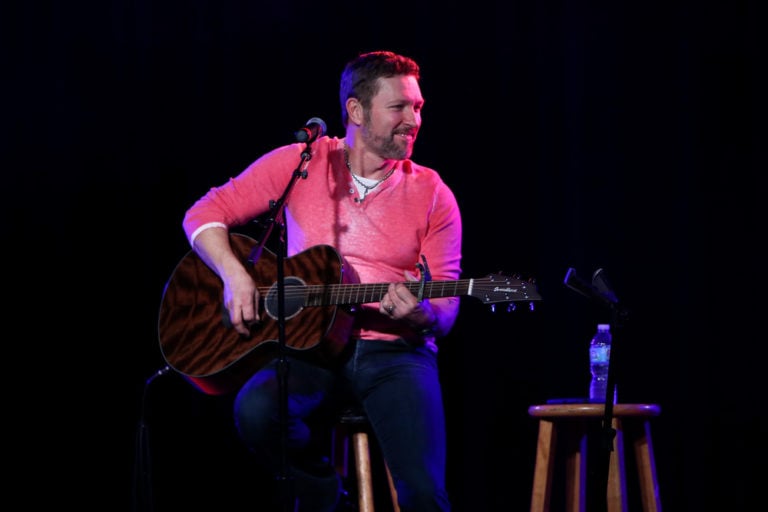 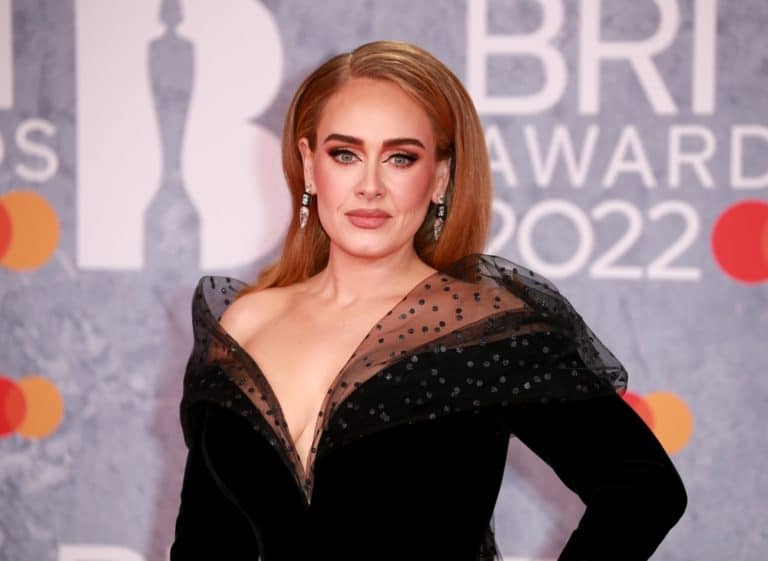 Love usually starts in the simplest of ways but ends in complicated scenarios. Sometimes, the breakup is nasty, other times it is mutual, but the bottom line is it is seldom a welcome goodbye. The… 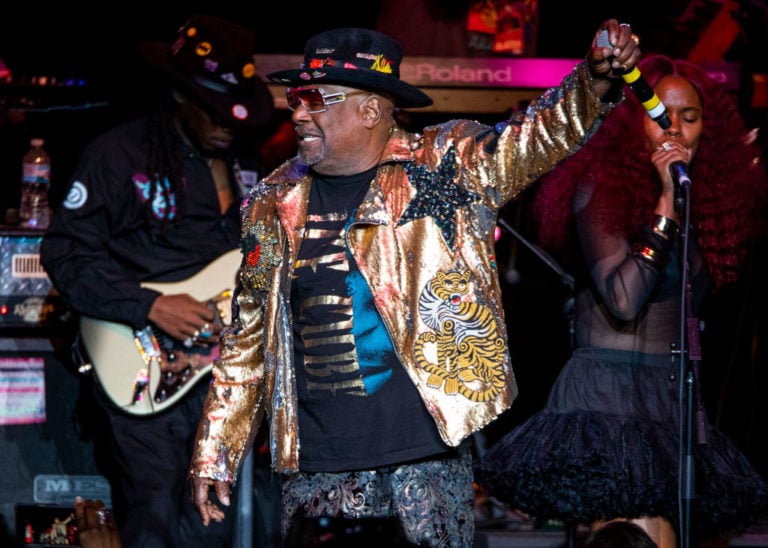