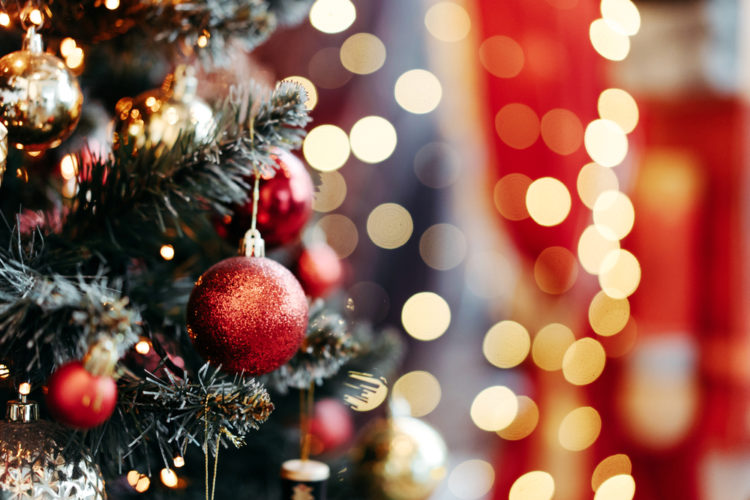 The holiday season is officially here, and that means only one thing – Christmas songs. No matter how much turkey you stuff down, how many gifts you wrap, and how many sprigs of mistletoe you kiss under, Christmas just isn’t Christmas without the right tunes playing in the background. To get you in the festive mood, we’ve rounded up the 10 best country Christmas songs of all time. Take a listen.

The holiday season just wouldn’t be complete without Christmas cookies, and no county music fan’s holiday playlist would be complete without George Strait’s festive classic, Christmas Cookies, either. “Christmas cookies sounded fun and it fits me, besides, I really like the song,” Strait has said about his decision to record the festive treat. If you can’t get enough of Straight at Christmas, be sure to check out his 1986 album, Merry Christmas Strait to You, which is packed with seasonal delights like White Christmas and Winter Wonderland.

Christmas isn’t Christmas without a Dolly Parton song or two to hum along to. Her first-holiday album was recorded alongside Kenny Rogers, but for her second, the 1990 record Home For Christmas, she decided to keep the royalties to herself and go it alone. It’s a great album with plenty of seasonal classics to enjoy, not least the always popular Santa Claus Is Coming To Town.

Named as one of the best country Christmas songs of all time by Smooth Radio, I’ll Be Home for Christmas is one of the three Christmas cover songs recorded by Rascal Flatts for a special edition of their 2008 Greatest Hits album. It’s an outstanding song, with no frills, no gimmicks, just three heavenly voices singing in perfect harmony. Gary LeVox’s a capella opening lines will make your jaw drop to the floor.

As udiscovermusic.com says, Reba McEntire is one of country music’s Christmas stars, having been a regular host at the annual CMA Country Christmas show for years. In 1987, she got us all in the festive spirit with Merry Christmas to You, a collection of seasonal classics performed with a country twist. One of its highlights is The Christmas Song (Chestnuts Roasting on an Open Fire), a festive standard written in 1945 by Robert Wells and Mel Tormé and originally made famous by Nat King Cole.

There’s no such thing as too much Dolly Parton, especially at Christmas. The second song on our list from the reigning queen of country comes with a little extra help from the much-missed Kenny Rogers. Recorded for their joint album Once Upon a Christmas in 1984, it’s a song about that thing everyone dreads the most at the holidays – spending Christmas without their loved one. Something special always happened when Parton and Rogers came together, and this festive number is no exception.

5. Merle Haggard – If We Make It Through December

Even outlaws can’t resist a holiday song. But while Merle Haggard, Willie Nelson, and the rest of the outlaw crew weren’t averse to donning a silly hat and cracking out a cheery classic like Rudolph The Red-Nosed Reindeer or Winter Wonderland from time to time, they much preferred doing Christmas their way. Considering the fragile beauty of songs like Haggard’s If We Make It Through December, that’s one more thing we should all be counting our blessings for this Christmas.

This year, Pistol Annies got in on the Christmas game with Snow Globe, the first release from their upcoming themed project. Typically playful and bristling with enough charm to keep the group on Santa’s good list, it’s guaranteed to add some extra fun to your festive playlist. As esquire.com says, it just makes you wonder why they’ve not tacked a Christmas album before.

3. Faith Hill – Where Are You Christmas?

After a few glasses of mulled wine, there’s no better song to belt out a few lines to than Where Are You Christmas? The song was originally written by Mariah Carey, James Horner, and Will Jennings for the 2000 movie “How the Grinch Stole Christmas.” Carey was set to record it for the soundtrack, but had to pull out at the last minute. The song was handed to Faith Hill (who at that point was at the peak of her popularity), and with that, a new holiday classic was born.

As theboot.com explains, Rudolph the Red-Nosed Reindeer was originally a story for a 1939 children’s coloring book by Robert L. May, which was commissioned by the Montgomery Ward department store as a holiday marketing giveaway. Something about the ruby-nosed reindeer caught the public imagination and a decade later, Gene Autry immortalized him on tape. The record has now sold over 25 million copies worldwide to become one of the most popular Christmas songs of all time.

Gene Autry’s Rudolph the Red-Nosed Reindeer almost made it to the top of our list, but in the end, we decided on Brenda Lee’s wonderfully catchy, enduringly festive Rockin’ Around the Christmas Tree instead. Backed by an all-star band and with legendary producer Owen Bradley at the rudder, the then 13-year-old Lee’s dazzling vocals are enough to light up a thousand Christmas trees…. and sell over 25 million copies worldwide. If you’re struggling to get into the festive spirit, pop this on your playlist and you’ll be hanging up the mistletoe before you know it.