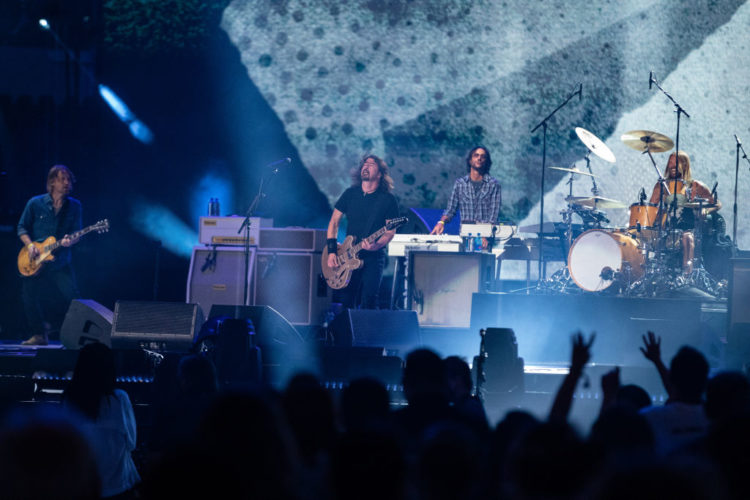 When Dave Grohl conceived Foo Fighters back in 1994, he intended it as a nice little side project to show off his writing talents. What it turned into was one of the biggest rock bands in the world. Since releasing their debut album in 1995, the Foo Fighters have released ten studio albums (and the same number of EPs), six video albums, and fifty-six singles. They’ve toured relentlessly, achieved rock god status, and even managed to beat Grohl’s former band Nirvana for chart-toppers. The fact Grohl’s managed to do all that while working as a drummer-to-hire for any band with an amp and a recording studio, make numerous TV and film projects, and by all accounts, maintain a very happy home life, defeats us. But however he’s doing it, he’s doing it, and so are the rest of the band. Find out which of their moments rank among their finest as we count down the 10 best Foo Fighter songs of all time.

As Paste Magazine writes, “Low” was somewhat overshadowed by the outrageous promo video featuring Grohl and Jack Black playing a pair of heavily inebriated, cross-dressing hillbillies getting up to no good in a hotel room. But while the track itself was more restrained than the video, it was still a great song, with some killer riffs, relentless percussion, and an underlying tone of menace that marked a new direction for the band, but not an entirely unwelcome one.

Grohl’s decision to re-record all of then-drummer William Goldsmith’s parts on the 1997 album “The Colour And The Shape” may not have been the most gentlemanly of moves (especially considering he then asked him to continue with the band as a touring drummer), but it was a wise one. The album’s percussion is probably the finest of any Foo Fighters album, and undoubtedly a highlight of “February Stars.” As the gentle, slow-paced intro segments into all-out warfare, you don’t just get a taste of Grohl’s talents, you get whacked over the head with them.

Who knows whether it was the “Airplane” inspired promo video with its cameos from Tenacious D or the iconic chorus that pushed “Learn to Fly” to No.19 on the Billboard Hot 100? Something did, and that something gave them their first top 20 hit and their second-highest chart position of all time. Asides from the chorus, the rest of the song is standard Foo Fighters stuff, with enough to please if not necessarily to thrill.

As Rolling Stone writes, “Aurora” was never released as a single, with the result that most of the band’s casual fans have never heard of it. The diehards have though, and according to them, it’s one of the best songs the band has ever made. Considering Grohl himself has said it’s one of his favorite songs, it’s hard to disagree.

You wouldn’t want to be on the receiving end of a song that has lines like “I’m the only one who sees/ Your rehearsed insanity,” and “I’ve been around/ All the pawns you’ve gagged and bound.” Pity Courtney Love, then, who found herself the target of Grohl’s vitriol in 1995’s “I’ll Stick Around.” As one of the rare moments when Grohl is less Mr. Nice than Mr. Nasty, it’s a spiteful, vicious song that as stereogum.com says, carries an authentic weight that some of the band’s less personal songs never quite manage.

When it was first released, most people assumed “My Hero” was about Kurt Cobain. Grohl set the record straight when he confirmed it was actually about “the solid everyday people you can rely on.” The words “Solid” and “Everyday” have often been thrown at the band in a less than kind way, but it’s not something anyone could accuse them of here. From the surging chorus to the apocalyptic drumming, “My Hero” gives us the band at full-throttle.. and there ain’t nothing workmanlike about it.

“Times Like These” has been covered so many times, some of its charms are in danger of getting lost to ubiquity. But listen to it with fresh ears and you’ll release how dynamite it is. With its themes of hope and compassion, its thunderous drums, and Grohl’s explosive vocals, it’s a timeless classic with enough of an edge to keep it relevant.

Prince wasn’t the type to cover just any old song he came across. The fact he chose to perform “Best of You” at the 2007 Super Bowl should tell you all you need to know about it. In case it doesn’t, Grohl’s feverish screams, the explosive riffs, and the pounding drums definitely will. It’s about as subtle of a sledgehammer, but that’s kind of the point.

By all accounts, “The Pretender” was inspired by the song “One of These Things Is Not Like the Other” from Sesame Street. If Big Bird seems a strange kind of muse to you, it’s because he is. But then this is a strange kind of song. Tender in parts, raucous in others, “The Pretender” makes for an unsettling but ultimately compelling listen. It was new territory for a band that’s often been accused of being more workmanlike than innovative, but their voyage of discovery didn’t go unappreciated.

Yes, it’s predictable, and yes, it’s David Letterman’s favorite song of all time, but neither of those things detracts from the fact “Everlong” is a thing of beauty. Written by Grohl as he came out of a marriage and into a new relationship, “Everlong” tackles the joint prospect of a love gone bad and the hope of a new beginning. The relentless percussion, supercharged riffs, and Grohl’s ferocious vocals combine to create a piece that’s wormed its way into the collective eardrum like no other Foo Fighters song before or since. It’s compelling stuff, and one that certainly deserves the top spot on our list of the 10 best Foo Fighters songs of all time. 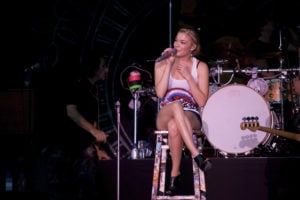 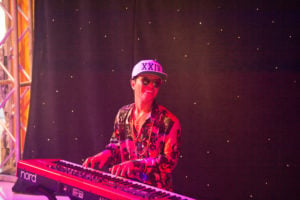