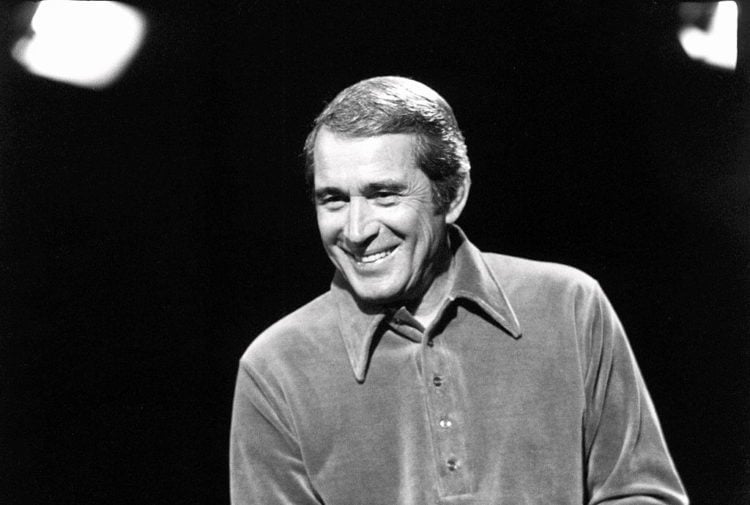 Pierino “Perry” Ronaldo Como was boring in Canonsburg, Pennsylvania, in 1912. When he was a toddler, he learned to play the organ by ear. His father, Pietro Como, and mother, Lucia Travaglini’s thirteen children, took music and voice lessons. However, Perry was the only one who didn’t take voice lessons. Instead, he learned the guitar, organ, and trombone. At ten, Como worked as a barber’s assistant to financially help the family and save money towards his passion. During his teenage years, he played weddings, both singing and playing the guitar, gaining him local recognition. As he got older, he played in the Canonsburg Italian Brass Band with his father. Even though he wanted to make money playing music, he thought that he would become a barber. However, the same year he went to his uncle’s shop to start work, his musical passion finally became his career path. He went to the Silver Slipper Ballroom in Cleveland with friends to hear Freddy Carlone. During the show, Carlone asked audience members to sing onstage. Reluctantly, Como went. It was a moment that changed the trajectory of his life because he was invited to join the band. So, instead of pursuing a career as a barber with his uncle in Meadville, Como went to Cleaveland, Ohio, and joined Freddy Carlone’s band. Four years later, his musical career started to gain more prominence.

During one of Ted Weems’ performances, a nationally known band leader heard Como’s performance with the Carlone Band in Warren, Ohio, and offered him to take a job. Knowing it would give him national exposure Freddy Carlone encouraged Como to take the job. So, in 1936, Como became the lead vocalist for The Ted Weem’s Orchestra, based in Chicago, and did many popular radio shows like Jack Benny and Fibber McGee and Molly. According to Pittsburgh Music History, during the six years Como performed with the Ted Weems Orchestra, he developed his personal style in the music industry. However, after seven years, he realized he didn’t want to tour anymore. So, he quit, got married, and went back to Cannonsburg, Pennsylvania, to become a barber and support his growing family. Instead, Tommy Rockwell, part of the General Artists Corporation, offered Como a recording contract with RCA. It allowed the artist to perform without the grueling tour schedule, so he signed and released his first song, Goodbye Sue the week. Rockwell also helped the upcoming singer launch his nightclub and theatre career, with bookings at the Copacabana and appearances at the Paramount Theater in New York City and the Steel Pier in Atlantic City. During this time, Como also signed a movie contract, releasing several films that made him a teen heartthrob. Instead of continuing down this road, he started hosting the NBC radio program, Chesterfield Supper Club. Over the next fifty years, Como hosted a myriad of different shows and specials on NBC. Once he finished the weekly TV shows and was only doing his famous Christmas shows, he started touring again. In 1984, he did a fiftieth-anniversary tour and didn’t stop touring until he was in his eighties. On May 12, 2001, the singer died. These are the ten best Perry Como songs of all time.

Como’s soothing voice is well-suited for this whimsical song. Throughout most of the music, his voice is at the forefront with only a light instrument accompanist. Towards the end of the song, a musical group of background singers joins the accompaniment rounds out a light and fun song.

9. For The Good Times

The song starts off with a melodic combination of stings. Como’s voice is mellow and warm as he croons a melancholy serenade about losing love and trying to get on with his life. It’s a sentimental song about the fond memories we have even when someone is gone.

This performance is a frolicsome ditty balanced by an echoing background ensemble. Como’s voice is pleasant during multiple cadences of the song’s classic refrain. Como continued to capture bygone eras of music with smooth vocals and big band instrumentation for years to follow.

The strings in this song drift through Como’s resonant voice as he serenades about all the beautiful things in life that you can’t avoid, equating each to a sentiment of being in love and knowing it’s something that you can’t live without.

5. Don’t Let The Stars Get In Your Eyes

This song is traditional Italian music at its best. Like many of the songs sounds like the singers have been drinking vino since early in the afternoon. Like many of Como’s songs, there is a chorus in the background. However, this song sounds like a group of friends urging on shenanigans.

Many Italian crooners sang ballads about falling in love and, through lyrics and instrumentation, made it feel like a perfect summer evening. In this song, Como perfects the imagery with his rich voice. In the background, single piano notes sound like a gentle misty rain.

This song evokes images of classic Hollywood and old-fashioned romance. The lyrics in the song are simple and airy. It’s a rhythmical and exquisite masterpiece from a singer whose career lasted over half a century. During the song, Como’s voice is sonorous over the interludes of the orchestra.

The beginning of this song is light brass and whistling, which sounds like the soft steps of someone who’s fallen head over heels. The arrangement in this song works well because Como’s voice is tranquil and smooth, much like he wants to show to his new love. However, the steady bass and percussion in the background and the ensemble in the back are more the inner dialogue.

In an article from Kokomo, Como described the process of writing the song. The article discusses the sleepless nights and how challenging it was to write the song even though it was only 113 words long. In the end, Como still didn’t think the music would be suitable for him, so he made a bet. Obviously, he lost because this song was the best in his catalog. It encapsulated the overflowing love in an Italian home in glorious big band fashion.