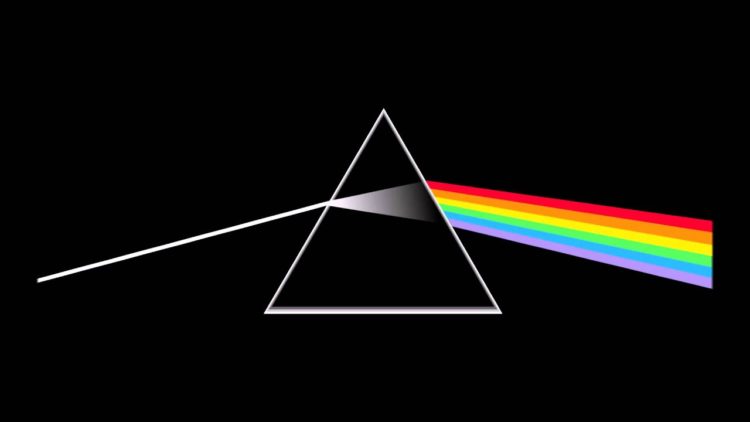 Progressive rock often contracted to prog rock or prog, is a genre of music revolutionized in the late 1960s and early 1970s to break the norm of rock and configuration limits. The music scene during the time frame entered an era of upheaval where the phenomenon of the British invasion, psychedelic rock and protest music transpired. This transformation of musical grounds led to the emergence of groundbreaking bands such as Pink Floyd, King Crimson, and Genesis, just to name a few. These bands proclaimed the intricacy of prog-rock through the integration of other conflicting musical elements including jazz and classical. Diversity in the progressive rock genre is further enriched with the homogenization of impressionistic and fantastical lyrics along with expanded instrumentals. In this article, a selection of the top 10 prog rock albums of all time is highlighted for every devoted fan of this genre.

Aqualung not only marks its name as Jethro Tull’s fourth official album but also the band’s highest-selling album in the band’s 50-year career. Ian Anderson expressed that Aqualung was not a concept album but the incidental merge and creation of the elements in the album made the non-deliberate intent even more innovative. The album’s two main themes are segregated into a mortal facet (side one) and a spiritual one, namely religion (side two) which are both amplified through loud and powerful lyrics. In the background, listeners are blessed with the musicianship and instrumental mesh of Martin Barre, John Evan, Clive Bunker and Martin Barre. Aqualung rightfully made it to the list for its creative blend of relevant subject matters and remarkable blend of musical compositions.

Animals was inspired by George Orwell’s notable ‘Animal Farm’ where Roger Waters delved into the misconstruction of humanity by comparing it to the livelihood of animals. The album is composed of five songs forming a journey to criticize the lives of three major identities accentuated in the album, namely the Dogs, Pigs and Sheep. The track ‘Dogs’ is a social narrative about ambitious and backstabbing middle-class business, while ‘Pigs (Three Different Ones) ridicules the elite of the society, especially politicians, for their empty manifesto. Last but not least, ‘Sheep’ is introduced as an allegory for the masses who are blind, subdued workers. Animals then proceeds to explore the phases of power dynamics between the three characters. This album is a purely artistic and whimsical form of emotional expression that invites listeners to delve into the fragmented societal organization we live in. It currently owns a deserving 10/10 ratings by Pitchfork which compares the masterpiece to George Orwell’s Animal Farm for its spectacular composition in every aspect.

Future Days was created at the peak of Can’s era and unfortunately was the last album with Suzuki in the band. In contrast with its predecessors, Future Days offers listeners a harmonious and relaxed perspective of Can. The album opens with a calm, wave-like notion of a track before slowly luring the world to a more upbeat tempo and lifting rhythm at the centre of the album. Even with the climatic prog rock vocal projections which Suzuki performed at the chorus, his vocal remained unified with the theme of calmness. It does not disrupt the flow of music or steal the limelight from the rest of the band. Future Days, overall, is a piece in its own league and remained as a creative child of Can as they stepped back and marvelled at their footprints in the music industry.

Selling England By The Pound has a lot of expectations to fulfill after the critical success of Genesis previous albums, Nursery Crime and Foxtrot. With its whimsical universe, extraordinary beats and witty lyrics, this album steps on the pedestal as an inventive piece of art. The auditory journey introduced by this album centres around an English folk ambiance with a blend of fairy tales and theatrical elements in the background of outstanding musicianship. While the lyrical section of the album triumphs with its unique and charming quirks, the instrumental aspect showcased by each musician in the band is equally fascinating.

Hemispheres was recorded as the sixth album by the Canadian trio in London. The sentiment behind the conception of the album is the brainchild of Neil Peart, the band lyricist and drummer. This musical piece examines the subconscious nature within the human brain hemispheres, mainly the psychological aspect with fictional settings not limited to the intergalactic space, parable and mythology. The theme of the album personifies the collective thoughts of the trio as a band by utilizing their musicianship which was ahead of their time.

Thick As A Brick was a musical conception intentionally delivered as a concept album unlike its predecessor Aqualung. Through this album, Ian Anderson made a declaration to the world on how he viewed an ideal prog rock concept album. Jethro Tull expressed his musical prowess through this album by taking the conveyance of its literary lyrics by just having one track in the entire album. Since there is only one song in the album, the creativity projection in the song is limitless and non-segmented. The continuous organization of the lyrical content and instruments into one long chain is what makes this album so special and iconic from its other competitors at the time.

Close To The Edge consists of three songs but the ride it takes you to is wild. For example, the first track starts the musical experience with therapeutic natural sounds before progressively being injected with upbeat instrumentals. The seemingly conflicting elements eventually settle into a blend of harmonious melody which finally makes a sense of completion to the listeners. Next, the following track is equally mind-blowing as they take the world into an interstellar adventure with outstanding instrumental experimentation. As an ending to the serotonin-inducing soundscape of space exploration, a lively symphony from the third track resolves the excitements induced by the chaos by the earlier songs. With such a phenomenal voyage provoked by the musical arrangements, it is no wonder that this album remains iconic in this new millennium with a masterpiece recognition from Prog Archives.

The Lamb Lies Down On Broadway is a crown achievement in the field of prog rock due to its success in introducing an innovative interpretation of the genre. The album is the sixth studio installment by Genesis and is designed to be a concept album. Its plot revolves around a modernized odyssey crafted by Peter Gabriel, about a Purto Rican protagonist named Rael and his tale of encounters with quirky characters, life-threatening situations and dark temptations. Many acclaimed that the plot may be somewhat entangled, but one does not need to submerge into the storyline to enjoy the music. With a blend of suiting emotionally gripping melodic arrangement and brilliant storytelling, this album is one of the masterpieces in its era.

The Dark Side Of The Moon is not just a piece of mere art for auditory pleasure, rather it is a form of outspoken communication about the dark realities of life as well as aspects of diplomacy, philosophy and empathy. It conjures the discussion about undesirable emotions such as fear, loneliness and depression within concise and bold lyrics. Topics that were highly relevant to humanity but relatively obscured by the splashes of psychedelic rock in its era. The musical composition of the album is highly praiseworthy with distinct, rich sounds through an ingenious technical integration at the time. Because of the relevant components to the album, both musically and lyrically, it manages to steal a spot as one of the best prog rock albums of all time.

In The Court Of The Crimson King is the epitome of prog rock and was exceptionally revolutionary at the time of its release. It is not the first musical piece to undergo an integration between other musical elements such as jazz and classical as well as extensive instrumentals but King Crimson topped the competition with a refreshing interpretation of the genre. The concept of the album completely took the commercial rock norm at the time and crushed it through the introduction of melodiously haunting yet elegant musical composition throughout the songs. Within the album, the musicality movement is fluid and dynamic, resembling that of a wave; it first hits listeners gently with an acoustic ballad and reaches a grandeur orchestral peak. It was such a stunning debut by King Crimson that it was labeled by Rolling Stone as the monumental step forward in the genre of prog rock.