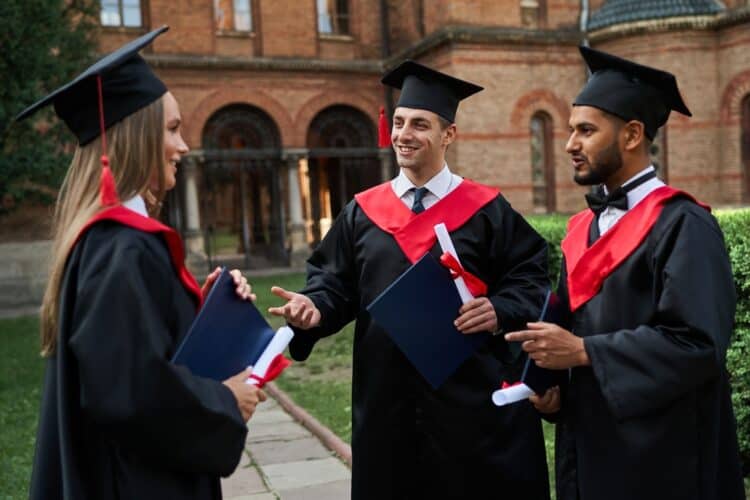 Graduations are nothing if not emotional. Finally snatching up that diploma might be a reason to celebrate, but saying goodbye to good friends, good times and good memories is also a reason to bring out the kleenex. If you’re ready to embrace all the emotions that come with graduation, from the great and the good to the sad and the bad, these are the 10 best graduation songs to add to your playlist.

Saying goodbye to your friends after four long years of living, studying and partying together is never easy, but at least you can do it in style when you’ve got Simple Minds on the playlist. Remind everyone not to forget about you with Don’t You (Forget About Me), a song that Simple Minds arranged and recorded in just three hours before forgetting all about it, believing it to be a forgettable song recorded for a forgettable movie. The movie turned out the be The Breakfast Club, and the song turned out to be the band’s only US number-one single. Almost 40 years later, it’s still one of their best-loved songs.

Leaving the security of school or college can be scary, but if there’s one song that’s going to make you feel like the world is there for the taking, it’s this classic tune from Journey. According to extrachill.com, the title of Don’t Stop Believing was inspired by something Jonathan Cain’s father told the keyboardist when he was just starting out in music and struggling to make ends meet: “Don’t stop believing or you’re done, dude.” He didn’t, and the rest is chart history.

8. Fun and Janelle Monáe – We Are Young

Graduation is a momentous occasion. The moment when you finally get your hands on that diploma after all those all-night study sessions, all those tests and essays… it’s big, or, as Shawn Mendes sings on Something Big, “It’s like that feeling when you’re about to win the medal/ And you worked so hard, that you knew you wouldn’t settle/ Hands are in the air, hands are in the air.” Released in 2014 as the second single from Mendes’ debut album Handwritten, the song reached number 80 on the US Billboard Hot 100 and number 11 on the Canadian Singles Chart. It’s since been certified platinum and 3 x platinum in the US and Canada respectively.

If you’re hunting for a song to kickstart the celebrations, look no further than the Black Eyed Peas’ I Gotta Feeling, a single described to Billboard as “a college anthem for people looking forward to escaping life’s pressures by going out and having a ball.” Released on May 21, 2009, the song hit the top 5 in Finland, France, Norway, and Spain and topped the charts in Australia, Canada, New Zealand, the UK, the US, and multiple other countries. It’s since sold over 10 million copies in the US alone.

Green Day’s Billie Joe Armstrong wrote Good Riddance (Time of Your Life) after his girlfriend left him and moved to Ecuador. Somewhere along the line, it became something other than a breakup song, and in 2015, Rolling Stone named it one of the 20 Best Graduation Songs of the Past 20 Years. Considering how laced in nostalgia the lyrics are, it’s not too surprising, with even Armstrong conceding “The people that you grew up and braved the trials of high school with will always hold a special place. Through all the BS of high school you hope that your friends had the time of their life, and that’s what the song is talking about.”

Graduation might be a celebratory occasion, but it’s also an emotional rollercoaster that needs a soundtrack to match. Once school is over, everyone sets out on their own path, and not all of those paths will cross as often as you’d like. Remind yourself of the bond you’ll always share, no matter how far apart you are, with See You Again by Wiz Khalifa ft. Charlie Puth. If you can get through “First you both go out your way/ And the vibe is feeling strong and what’s/ Small turn to a friendship, a friendship/ Turn into a bond and that bond will never/ Be broken and the love will never get lost” without tearing up, you’re a stronger graduate than most.

Graduation is the start of a new chapter in life – an exciting prospect, but a scary one too. With lyrics like “Staring at the blank page before you / Open up the dirty window / Let the sun illuminate the words that you could not find / Reaching for something in the distance / So close you can almost taste it / Release your inhibitions,” Natasha Bedingfield’s gorgeously uplifting Unwritten is the perfect song to help you shake off those fears and step out into the world. First released in 2004 from Bedingfield’s debut album of the same name, it was a top 10 hit in numerous countries, including the US and UK.

Back in 1999, Colleen Fitzpatrick (aka Vitamin C) recorded the ultimate graduation showstopper, Graduation (Friends Forever), a song about memories, friendships, and moving on. With bittersweet lyrics (“And so we talked all night about the rest of our lives / Where we’re gonna be when we turn twenty five / I keep thinking times will never change / Keep on thinking things will always be the same”) and a super catchy chorus, no graduation celebration would be complete without it. 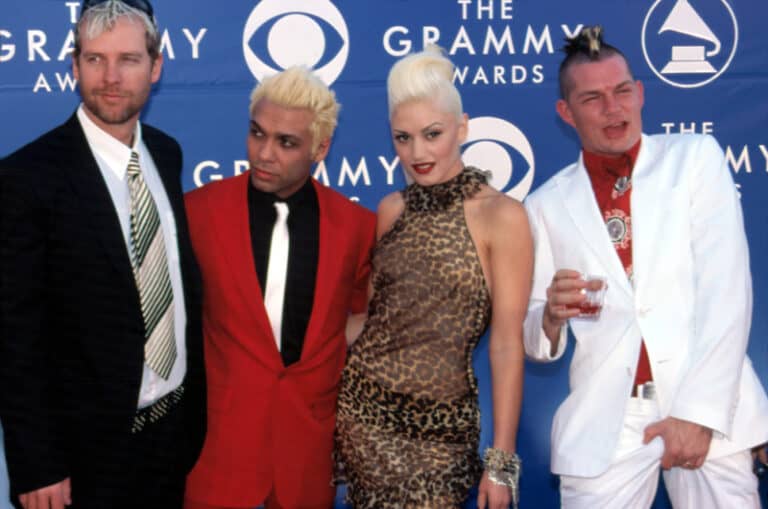 Have you ever thought of what the word “total” could mean in a song title? Some songs are full of total joy and happiness, while others might hint at how the singer has been through…