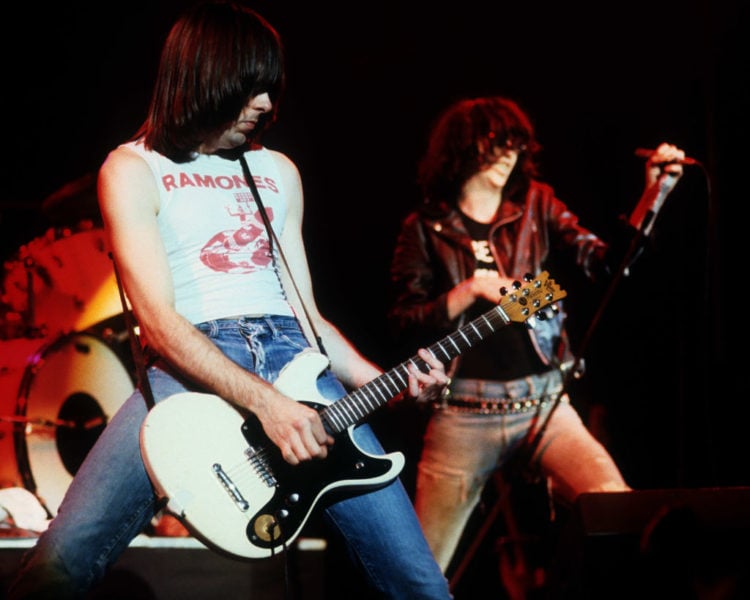 The Ramones were a punk rock band formed in New York City in 1974. In their early days, the band’s success was limited, but they were considered influential in the punk rock genre. However, they went on to become one of the most successful bands of all time. All the band members took on pseudonyms with Ramone as their surname, which led some fans to incorrectly believe that the band members were related. In 1996, the group disbanded after performing a farewell show, and the original members of the band have all since died. During their 22 years together, the Ramones released 14 studio albums, seven live albums, 16 compilation albums, 32 music videos, ten films, and 71 singles. Here are the 10 best Ramones albums ranked.

‘Subterranean Jungle’ reached only number 83 on the US Billboard 200. The Ramones reverted to punk rock music for this album, so there are no pop tracks as there are on many of the band’s other albums. On this album’s predecessors, only Joey Ramone sings lead vocals, but Dee Dee Ramone features as one of the lead singers on this album in the song ‘Time Bomb.’ During the recording of ‘Subterranean Jungle,’ two band members were dealing with alcoholism, while another was suffering from drug addiction.

‘Pleasant Dreams’ was the sixth album released by the Ramones. The band members were going through a rough patch while recording this album, partly due to the alcohol and drug issues of some members. There was also ill-feeling between Joey Ramone and Johnny Ramone, as Johnny was dating Joey’s ex-girlfriend. ‘Pleasant Dreams’ charted in the United States and Sweden. Probably the best track from the album was ‘The KKK Took My Baby Away,’ which was written by Joey Ramone and released as a single.

Following a period when commercial success was limited for the Ramones, they made a comeback with ‘Acid Eaters.’ It was their penultimate album, and it consists entirely of covers of some of their favorite tracks by bands such as the Seeds, the Who, the Beach Boys, and Love. The album charted in the United States, Sweden, and Canada.

The music on ‘Animal Boy’ is predominantly punk rock, although there are some songs that veer more towards the pop genre. One of the album’s best tracks is ‘Bongo Goes to Bitburg,’ which was renamed as ‘My Brain Is Hanging Upside Down’ for the LP. ‘Animal Boy’ was the ninth album released by the Ramones, and it spawned four singles.

After experimenting with different genres and new ideas, the Ramones returned to their musical roots with the release of ‘Too Tough to Die’ in 1984. Therefore, there is a heavier sound than in some of the previous albums with more focus on punk rock. It was the first Ramones album to feature Richie Ramone on the drums, while original drummer Tommy produced the album. Dee Dee Ramone received credits for vocals on two tracks from this album.

The Ramones’ fifth album was ‘End of the Century,’ and it was the first album that did not feature the original drummer, Tommy Ramone. One of the best tracks from the album was ‘Do You Remember Rock’ n’ Roll Radio?’ The band was trying to appeal to a wider fanbase, so many of the songs have a more pop-oriented sound. They also covered various topics in their lyrics, ranging from their lifestyle while touring to drug addiction. Commercially, ‘End of Century’ was the most successful of the Ramones’ albums, as it reached number 44 on the US Billboard 100.

One of the notable points about ‘Road to Ruin’ is that it was the first album to feature Marky as the drummer. Marky had replaced Tommy remained to co-produce the album, as he had done with the first three albums. The Ramones were experimenting with a different genre when they released this album, as they were moving away from rock and more towards pop. Therefore, it is different from their other albums. One of the best-known songs from this album is ‘I Wanna Be Sedated.’

‘Leave Home’ was the second album released by the Ramones, and it was released just months after their debut album. Although the production of this album was better than their self-titled debut album, music critics argue that the tracks were better on the first album the band released. The Ramones released three singles from the album, although only one charted in the United States.

The album’ Rocket to Russia’ was the third album released by the Ramones. It includes some of the best tracks ever written by the Ramones, including ‘Sheena Is a Punk Rocker’ and ‘Rockaway Beach.’ It also included the Ramones cover of ‘Do You Wanna Dance?’ The album was released during the peak of the punk rock genre, and it received a positive reception from critics.

According to Ultimate Classic Rock, the best Ramones album was their self-titled debut album. Many consider it one of rock’s most influential albums. The Ramones combined musical styles that had been popular earlier in the 70s with their own new style of music. Lyrics in the songs cover topics such as Nazism, relationship issues, drug use, humor, and violence.