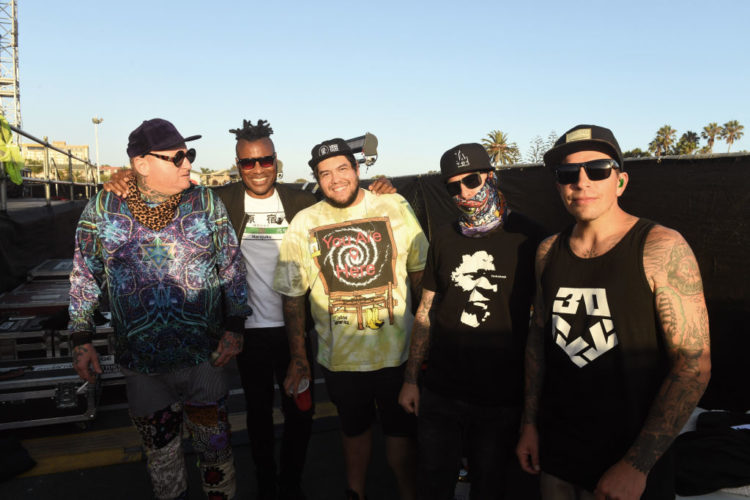 From Long Beach, California, comes an American ska punk band known as Sublime. Its member roster consisted of Bradley Nowell as the lead vocalist who also played guitar, as well as drummer Bud Gaugh, and Eric Wilson on bass guitar. From 1988 until 1996, the trio enjoyed an eight-year career that saw them release a total of three studio albums, two live albums, five compilation albums, and 3 extended plays (EPs). Also to their discography credentials are is a boxed set, five official singles, and four tribute albums. Overall, Sublime sold nearly 15 million albums in the US as a rock band but officially disbanded in 1996 after their frontman Bradley Nowell died from a heroin overdose.  Although Sublime’s 1992 debut album (40oz. to Freedom) and 1994 album (Robbin’ the Hood) were very popular within the US, it wasn’t until Sublime released their third, self-titled album in 1996 did they achieve true commercial success. This was released just two months after Nowell’s death, which peaked at #13 on the US Billboard 200 Album Chart. By the time 2009 hits, Sublime had sold over 17 million albums worldwide, including over 10 million just in the United States alone. It was also in 2009 when the surviving members of Sublime attempted to bring the band together again, along with newly recruited Rome Ramirez as their guitarist. However, shortly after their performance at Cypress Hill’s Smokeout Festival, a judge from Los Angeles banned the band from using Sublime as a name until they could get direct approval from Nowell’s estate. This resulted in the band members changing the name to Sublime with Rome, which has since released three albums despite Gaugh leaving the group in 2011 shortly after they released their album (Yours Truly).

The song (Seed) is just over two minutes long, but its contribution towards the 1996 album (Sublime) seemed to serve as a solid reminder that despite the different styles of music the band would experiment with, they are a punk band. In just a time frame of 2:10, the fast to slow, return to fast “punkadelic” performance rightfully earns the critical acclaim it has received.

After the 1996 release of Sublime’s self-titled album, the song (Pawn Shop) has joined the ranks as a personal favorite among many of their fans and critics. Unlike the punk style music Sublime is known for, Pawn Shop is more pure reggae, which struck into the hearts of their followers how much the group had matured through their recordings as a band.

Coming from their third album (Sublime), which was released in 1996, is the song (Caress Me Down), which received substantial airplay through the Los Angeles radio station KROQ-FM. Although once upon a time the song was played as a staple among radio stations that specialize in alternative music, it was removed as of 2020 due to the sexual assault allegations against Ron Jeremy, who is directly referenced in Caress Me Down’s opening verse.

Originally recorded for their 1992 album (40oz. to Freedom), the song (Date Rape) was released as a single in 1991. However, it did not register as a hit until four years later when the Los Angeles radio station KROQ-FM began to play it on the air. Date Rape quickly became one of Sublime’s most requested songs.

Go to fans and critics of Sublime and you will consistently find their song (Garden Grove) ranked as among their favorites.

Coming from Sublime’s debut album (40oz. to Freedom) is the song (Badfish). Originally, it was released on their 1991 demo tape (Jah Won’t Pay the Bills) and it appears again in the band’s two compilation albums (Second-Hand Smoke) and (Greatest Hits). Since its 1992 release from the band’s debut album, it has become one of their most popular songs.

The final official single (Doin’ Time) released from Sublime comes what would also become the band’s final studio album (Sublime). The song was released on November 25, 1997, and it is the only song from the band that reached a chart ranking on the US Billboard Hot 100 chart, peaking at #87. On the US Billboard Alternative Airplay, it peaked at #28 while in New Zealand at #42. Fans of Sublime and the song often comment how it has that awkward summertime feel with the cheating girlfriend making the protagonist in the song feel like he’s in a relationship prison.

Although the album (Sublime) was released in 1996, the single (Wrong Way) didn’t come out until May 24, 1997. It was the third song to be released and it reached #3 with the US Billboard Alternative Airplay chart, as well as #47 with the US Billboard Radio Songs chart. For 26 weeks, Wrong Way remained in the charts. The radio version attempts to make the song less explicit by slightly altering one word (tits), lowering the “i” sound to make it less obvious as its theme revolved around a 12-year-old girl named Annie, whom the regretful narrator rescues from prostitution, but ends up mistreating her as well.

From Sublime’s self-titled album, the single (Santeria) charts as high as #3 on the US Billboard Alternative Airplay, #38 with US Billboard Adult Top 40 Airplay, #43 with the US Billboard Radio Songs chart, and #90 with Canada. In addition to its chart success, Santeria is also considered one of two Sublime’s signature songs. The theme behind the song tells the tale of a jealous ex-boyfriend that’s planning revenge on a guy labeled as “Sancho” who stole his “Heina” labeled girlfriend. Santeria is an Afro-Cuban religion that is practiced among various locations of the Caribbean as well as Cuba, Florida. According to the Chicano culture, a man who steals another man’s girlfriend is referred to as “Sancho” while the stolen girlfriend is referred to as “Heina.” This song is also featured as a playable on the 2008 video game (Guitar Hero World Tour). It’s also been released as a downloadable song for 2012’s Rock Band 3 and Rocksmith 2014. Santeria was also featured in the films Idle Hands (1999), Knocked Up (2007), Remember the Daze (2008), and This is 40 (2012).

Released in 1996 from Sublime’s third and final album (Sublime), the single What I Got reached #1 on the US Billboard Alternative Songs chart. It was the first and last single coming from this band that would achieve this status. The song’s chorus is a lift from Half Pint’s song (Loving) and its melody is similar to the Beatles’ single (Lady Madonna). In Canada, What I Got ranked at #2 with their Rock/Alternative chart. Elsewhere, it ranked at #11 with the US Billboard Mainstream Rock chart, #29 with the US Billboard Rock Songs chart, and #39 with the US Billboard Adult Top 40 Airplay chart. Beyond the borders of North America, What I Got reached #34 with the New Zealand Recorded Music chart and #71 with the UK Singles Chart, With Rolling Stone Magazine, What I Got ranked at #83 on their list of 100 Greatest Guitar Songs of All Time. The album this single belongs to has also proven to be a huge commercial success since its July 30, 1996 release as it achieved 6x Platinum Certification from RIAA, as well as Platinum from New Zealand’s Recording Industry Association. What I Got is also considered one of two signature songs from Sublime.