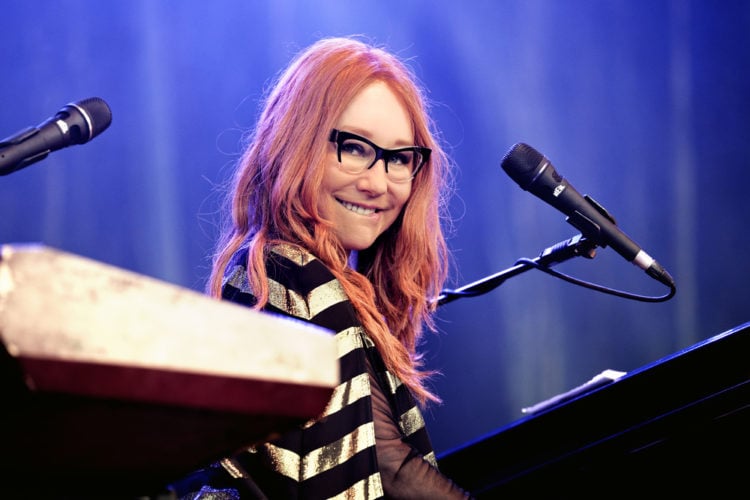 It’s hard to believe that Tori Amos has been performing professionally since 1976 and has done more than 1,000 shows throughout her career. Amos is one of the music industry’s true gems. She’s unlike any sound there is, and she continues to create music that moves and inspires. Amos is a prolific songwriter, and to narrow down her catalog to a handful is a task. These songs are just some that stand out from the rest somehow—commercially, sonically, lyrically, and so forth. While the list may change as she continues to release more music, here are 10 of the best Tori Amos songs so far that everyone should know about.

Pretty Good Year is a gentle capture of Amos’ incredible talent. The short ballad is so melodic and memorable. Amos opts for her more breathy tones, and it’s such a delicate yet powerful invitation to listen in—at least until she brings you to a totally unexpected rock breakdown. Amos’ never fails to surprise.

It’s a different sound than we’re used to. Bouncing Off Clouds shed vibes of 80s electropop in a modern way. The song is progressively vibrant and is one of her more fun songs in the last couple of decades. This is saying a lot given the amount of songs she’s released during that time period. Bouncing Off Clouds is the perfect summer song—every summer.

The intricate melody on this song has propelled Sleeps with Butterflies to a much-coveted spot on this list. Many people might not agree, this song was a refreshing turn for Amos’ songwriting. It fits right into the mold of the early 2000s mainstream, yet it’s still so uniquely Tori Amos that it stands out. It’s just a stunning song. Bonus points for Amos harmonizing with herself in the background.

Amos fans know that she has the ability to totally crush souls. Winter is a deep and personal song for Amos. She wrote it about her father and oftentimes dedicates it to him when she sings it in her shows. Amos has said that this particular song has changed her over the years. Interestingly enough, the song does the same for us too. It’s a beautiful conversation between a father and a daughter, and we’re all blessed to be witnesses to it.

Cornflake Girl is an easy favorite for many Tori Amos listeners, and some might argue that it should be higher on the list. This song is incredible, but we love that it highlights her piano playing like no other song. Her style is also palpable throughout this song. You listen to this and you get exactly what kind of artist she is. She is technical. She’s out of this world. She’s unapologetically herself. The song is crazy, and we love it.

Coming off of her first album, Little Earthquakes, Crucify is identifiable as a single. It’s Amos as she was in the early days. Though not much has changed for her since, this song was our first glimpse into her songwriting abilities. As she sings about self-hatred here, she classified herself apart from all the other artists in her time writing about love and love and love again. She’s versatile and confident enough to sing about whatever she wants to.

4. Silent All These Years

Possibly one of the saddest songs in her catalog, Silent All These Years is raw and gut-wrenching. Amos always has something to say, and she does so in this song with eager honesty and almost heartbreaking clarity. It’s the kind of song that can only be written by someone who has gone through it. The singer is not a stranger to adversity and grief. We can hear it in her voice and feel it in her delicate piano. The orchestration is a haunting addition to the moment—the one that lasts even after the song is over.

Love and loss. The wheel that turns this life. Amos writes about it so nonchalantly like it’s a walk down the street. Don’t mind the odd video accompaniment to this song; we know Amos is quirky that way. But the song is touching. It’s remarkably genuine in the simplest way. Love is a fairytale; Amos tells us. The song feels like a fairytale. Put it on repeat. It just never gets old.

This song is nowhere close to being one of Amos’ popular songs. Toast is the last song on her Beekeeper album. It’s Amos on her piano, singing an ode to her deceased brother. The song is a stunning and touching memory. Amos generously allows us to be part of that memory, and it’s almost too personal to listen to. As the guitar gently sweeps in to accompany the beautiful picture, she also realizes that it’s time to let him go. Short and sweet, Toast reaches deep and makes you feel. It’s an incredible achievement.

There’s nothing else better than this song other than hearing it live. Amos has the ability to transform her own songs every time she plays it. You could get lucky and hear an extended intro or a more intricate piano solo somewhere. Regardless of when she does it, Precious Things always sounds phenomenal. We get a taste of Amos’ power and angst here—such a contrast to the delicate piano she always uses. The song brings you to edgy heights but has enough restraints to hold you back from falling off. It’s a masterful manipulation of our emotions—Tori Amos’ playground.