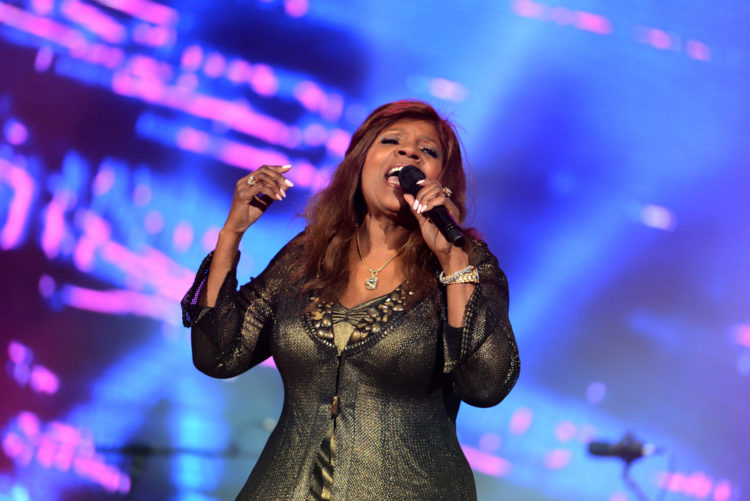 Love might be a many splendid thing, but breakups suck. They suck if you’re the one doing the dumping and they suck twice as hard if you’re the one being dumped. The only silver lining about the whole sorry business is that somewhere, someone is feeling just as miserable as you. With any luck, they might even have written a song about it. If you’re feeling wronged, resigned, or out for revenge, there’s probably a song expressing that exact same feeling. Here’s our pick of the 20 best breakup songs of the 70s to help you through your misery.

20. The Carpenters – Goodbye to Love

Karen Carpenter’s silky vocals may be as easy on the ear as ever, but absolutely nothing else about this despairing tale of romantic failure makes for easy listening. “No one ever cared if I should live or die … all I know of love is how to live without it,” Karen croon’s creamily, thus making us feel simultaneously soothed and completely hopeless at the same time. Never has an existential crisis sounded quite so radio-friendly.

In 1971, the Bee Gees scored their first US No.1 single with How Can You Mend a Broken Heart. When the brothers sang it, it was about the band coming back together following time apart. “Robin came to my place,” Barry explained years later, “and that afternoon we wrote ‘How Can You Mend a Broken Heart’ and that obviously was a link to us coming back together.” A year later, Al Green took it and turned it into a universal song about heartbreak. Slow, sensual, and stirringly moving, his soulful vocals add a whole new level of pathos to the cut.

Like most of Big Star’s output, September Gurls wasn’t a commercial success. That doesn’t make it any less magnificent though. Described by AllMusic as having a “sweetly gorgeous sound that’s both familiar and novel; poignantly ragged and breathlessly reckless…” and by Michael Chabon as “the greatest number-one song that never charted,” it’s a classic breakup song that perfectly captures the heartbreak of young love. The lovely vocals and sunny harmonies keep things tender, but there’s no disguising the venomous bite of Alex Chiltern’s lyrics.

In 1975, Harold Melvin & the Blue Notes released Don’t Leave Me This Way, a desperate plea from the heart that begs a lover “Don’t leave me this way/ I can’t survive/ Can’t stay alive/ Without your love/ Don’t leave me this way.” A year later, Thelma Houston took it and turned it into a disco classic. After topping both the US soul singles chart and the Billboard Hot 100, it won the award for Best R&B Vocal Performance at the 20th Annual Grammy Awards.

On Dolly Parton’s Jolene, the breakup is still on the horizon, but considering the charms of the green-eyed vixen Parton finds herself pleading with, you know it’s already a done deal. Or perhaps not… the song was inspired when a flame-haired bank teller got a little too friendly with Parton’s husband, Carl Dean. 50 years later, the pair are still together, Jolene has never been heard of again, and the song remains one of Parton’s most cherished contributions to popular music.

15. Harry Nilsson – Without You

What would a list of the greatest breakup songs of the 1970s be without at least one entry from the grandmaster of heartbreak, Harry Nilsson? Originally recorded by British rockers Badfinger for their 1970 album No Dice, Nilsson added a hefty dollop of histrionics and heart and took the song to the top of the charts in the US, Australia, Canada, and the UK. 25 years later, Mariah Carey came along and achieved similar success, but even her admittedly awesome version can’t dilute from the weepy majesty of Nilsson’s.

1975’s Blood on the Tracks is the ultimate breakup album. Written by Bob Dylan as his relationship with wife Sara Lowndes crumbled, it moves from vengeance to reflection, recrimination to guilt. If You See Her, Say Hello is one of its highlights. Unutterably sad, it finds Dylan crushed by the weight of history… resigned, sad, broken, still holding out a vain hope that it may not be over, and yet fully aware that it is.

Love Hurts got its first outing in 1960 at the hands of the Everly Brothers. Fifteen years later, Scottish hard rockers Nazareth put their own spin on the classic on the album Hair of the Dog. Released as a single in 1975, it hit the U.S. Top 10 and peaked at No. 1 in Canada, the Netherlands, Belgium, South Africa, and Norway. For a very different but no less lovely interpretation, check out Emmylou Harris and Gram Parsons’ version on Parsons’ posthumously released Grievous Angel album.

In 1973, Hall & Oates peaked at No.60 on the Billboard Hot 100 chart with She’s Gone. Three years later, their new label, Atlantic Records, decided to re-release it. This time around, it was a major hit, charting at No. 7. Written by Oates after a girlfriend stood him up on New Year’s Eve, it chronicles those days after a breakup when you realize it’s over for good. The subject matter may be hard on the heart, but the smooth melodies and soothing harmonies are exceptionally easy on the ears.

You wouldn’t expect anything on Bruce Springsteen’s 1975 classic Born to Run to fall short of the mark, and Backstreets certainly doesn’t do that. Few songs, either from the Boss or anyone else, have managed to so perfectly capture the ups and downs of a love affair as it rumbles to its inevitable conclusion. Complex, ambitious, and utterly epic, it’s unquestionably one of the most eloquent songs about heartbreak ever written.

As ultimateclassicrock.com says, there’s no romantic hangover of any sort for Harry Nilsson on You’re Breakin’ My Heart. It’s offensive, littered with profanities, and utterly vulgar. It’s also completely glorious, and the perfect follow-up to his equally perverse mainstream breakthrough, Nilsson Schmilsson.

Almost 50 years after its release, we’re still none the wiser about who Carly Simon is singing about in You’re So Vain. Is it Warren Beatty? David Bowie? David Cassidy? Could it even be Cat Stevens? The only thing we know is that it’s definitely not Mick Jagger (who contributes uncredited backing vocals) or Simon’s ex-husband James Taylor, mainly because she’s said as much. Anyway, it doesn’t really matter. As The Guardian writes, mystery aside, it’s a beautifully poised breakup song about someone who’s clearly had enough of their ex’s smug, philandering ways, even if there’s still a certain strange affection in the way she portrays him.

As Time Out points out, Carole King’s 1971 album, Tapestry, was in some ways a declaration of independence from Gerry Goffin, her former husband and songwriting collaborator. Its opening track, It’s Too Late, takes a mature, reflective look back on a relationship. There’s no recrimination, no finger-pointing, just a bittersweet pang and a feeling that “Still I’m glad for what we had / And how I once loved you.”

Even ubiquity can’t dilute the heartbreaking gorgeousness of Ain’t No Sunshine, a song that’s been covered more times than anyone can count. Featuring an all-star lineup with Donald “Duck” Dunn on bass guitar, Al Jackson Jr. on drums, and Stephen Stills on guitar, it became a breakthrough hit for Withers, charting at No.3 on the Billboard Hot 100 and taking home the Grammy for Best R&B Song in 1972.

As bob-dylan.org.uk says, rightly or wrongly, Blood on the Tracks is considered the most beautiful divorce record in pop history, and one of Bob Dylan’s greatest masterpieces. It’s also the album that Jakob Dylan once said that listening to was like listening to his parent’s fighting. On the sublime opening track, an ode to the disintegration of love that finds Dylan caught between chucking the whole thing in and a deep longing to keep things going, you can understand his point. Hauntingly brilliant, it took Dylan to No. 31 on the Billboard Hot 100 on its release in 1975.

Leave it to Joni Mitchell to craft a song that bucks the trend for break-up songs to be drawn from the perspective of the spurned party. “I’m so hard to handle, I’m selfish and I’m sad, now I’ve gone and lost the best baby that I ever had,” she sings on River, before later lamenting “I made my baby say goodbye.” Although Mitchell has never confirmed as much, it’s believed to have been inspired by the end of her relationship with Graham Nash, who himself chronicled the demise of the affair on the gorgeously tender Songs for Beginners album.

4. Steve Harley and Cockney Rebel – Make Me Smile (Come Up and See Me)

Break-up songs don’t always have to be about romance (or the death thereof). On Make Me Smile (Come Up and See Me), Steve Harley points a vindicative finger at the original Cockney Rebel, who’d disbanded (or in Harley’s eyes, abandoned him) the previous year. Speaking to The One Show in October 2010, Harley described the song as “a finger-pointing piece of vengeful poetry. It’s getting off my chest how I felt about the guys splitting up a perfectly workable machine. I wrote it saying ‘Look, you’ll learn how well we’re doing here, we’re doing well, why are you doing this?'” The bitterness is evident in the lyrics, but the sunny melody keeps things swinging.

In 1971, Little Stevie Wonder was all grown up and lamenting the end of a relationship on Never Dreamed You’d Leave In Summer. Co-written by Syreeta Wright, the ballad artfully employs a metaphor about the changing seasons to describe a failed relationship. Clever though the construct was, it didn’t impress the public much, and the single stalled at a disappointing No. 78 on the Billboard Hot 100. Still, hindsight is a beautiful thing – in the years since, it’s been embraced as one of Wonder’s most popular songs.

2. Fleetwood Mac – Go Your Own Way

If you’re going to go through a breakup as painful as Lindsey Buckingham and Stevie Nicks did, you may as well get a great song from it. Or so thought Buckingham, who, in 1976, penned one of the most furious and spiteful songs about a failed relationship ever written, and then proceeded to spend the next few years making his ex sing it. A standout from the record-breaking, heart-breaking album Rumours, it became the band’s first top-ten hit in the US, peaking at No. 10 on the Billboard Hot 100.

1. Gloria Gaynor – I Will Survive

In 1979, Gloria Gaynor released the ultimate breakup song. There were no tears, no heartbreak. It didn’t crumble and it certainly didn’t just lay down and die. Swept along on a wave of disco, it flipped the middle finger to every controlling partner who’d ever made the mistake of thinking they still had the upper hand. As the strings soar and Gaynor belts out “I’m not that chained-up little person still in love with you,” every single person who’s been through a troubled relationship and come out the other side sings along. Over 40 years after its release, it’s still as relevant as ever. Gaynor may have made better records, but it’s this one that people return to most. “It’s the core of my purpose,” she told NPR in 2019. “The song has done so much for so many people, and I am pleased and proud to have been the one to record it.”