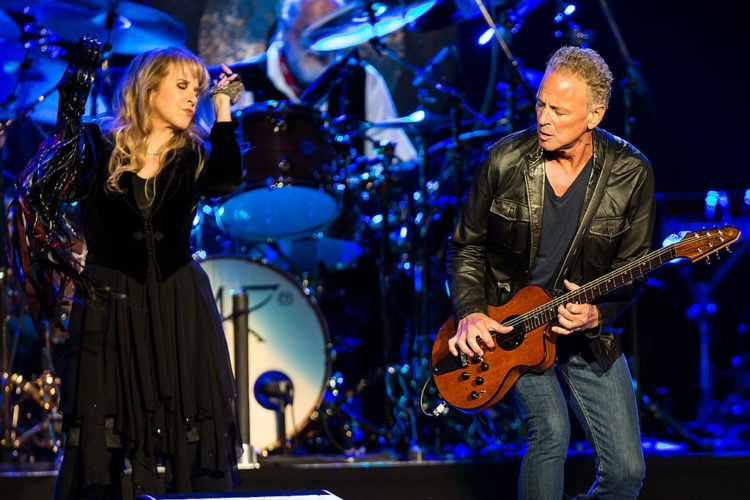 If we believe the stories, Lindsey Buckingham isn’t the nicest man in pop. His treatment of Stevie Nicks during their short-lived affair, the allegations of controlling and even abusive behavior in other relationships, the out-of-control ego, the rock star antics… none of this adds up to the kind of person you’d want to get stuck with in an elevator. But nice or not, there’s no denying he knows how to make good music. We’re all aware of his achievements with Fleetwood Mac (and if you’re not, go listen to ‘Rumors’ right now), but his solo accomplishments rank just as highly. Whether or not he’ll be adding any more albums to his canon remains to be seen – Buckingham experienced vocal damage after life-saving surgery in 2019 and it’s still not clear if the damage is permanent. But for now, there’s enough in his back pages to keep us in years of listening pleasure. As to which of his solo offerings rank as the best, find out now as we count down the 10 best Lindsey Buckingham songs of all time.

In 2006, Buckingham was riding high on the success of Fleetwood Mac’s comeback tour and album. Rather than simply bask in the glory, he decided to capitalize on the moment by heading back to the studio. It’s fortunate for us he did. ‘Under the Skin’ is a raw, understated (but fortunately not underrated) album packed with gems like the gorgeous ‘Shut Us Down.’ Intimate and emotional, it’s a stunning song from an equally stunning album.

Whether you think he’s a misunderstood genius or a first-class jerk, Buckingham is, above all else, a guitar legend. His riffs and his licks have won him admiration, fans, and even a mention on Rolling Stone’s ‘100 Best Guitarists of All Time’ list. ‘Time Precious Time,’ a highlight from 2008’s Emily Dickinson-inspired ‘Gift of Screws,’ is a perfect showcase for his finger-picking genius. The sumptuous vocals and acoustic string work intertwine beautifully, treating us to one of Buckingham’s most hauntingly tender songs to date.

When Buckingham made the album ‘Go Insane’ in 1984, he had one aim. “I’m trying to break down preconceptions about what pop music is. I’m struggling to be original,” he said. Did he succeed? Take a listen to ‘Slow Dancing’ and see for yourself. A delicious sliver of 80s disco with a New Wave flavor, this is Buckingham at his most pioneering, and his best.

‘Don’t Look Down’ gives us Buckingham at his hookiest. The signature fingerpicking, the folky lyrics, the call-and-response vocals, the infectious melodies…it’s all there, and it all helps deliver one of his finest solo achievements to date. The album it features on, 1987’s ‘Out of the Cradle,’ was his first album after leaving Fleetwood Mac. If he was trying to prove a point, he succeeded.

When Buckingham released the 2011 album ‘Seeds We Sow,’ he said it “might be the best work I’ve ever done.” Considering this is the man who wrote ‘Go Your Own Way,’ that’s no idle claim. But was he right? Not quite, but not far off either. It might not be on a par with some of his earlier works, but as societyofrock.com says, it still delivers the goods. In the case of the titular song, it delivers the goods and then some. If anyone ever tells you Buckingham hasn’t made a decent album since the 80s, just play them this – they’ll soon change their tune.

Who could fail to love ‘Back to the Future?’ Even more importantly, who could fail to love Buckingham’s contribution to its soundtrack, the calypso-inspired ‘Time Bomb Town?’ Catchy, moody, and a whole lot of fun, it may not have been the best thing about the movie (that would be the hoverboards) but it was a close call.

When the makers of ‘National Lampoon’s Vacation’ were putting the film’s soundtrack together, they decided to ask Buckingham to contribute two songs. Considering one of them is ‘Holiday Road,’ it was clearly a wise choice. Bouncy, poppy, and unapologetically fun, it’s the only song that could feature a gang of dogs barking their way through the chorus and get away with it.

By the mid-2000s, Buckingham was getting a bit long in the tooth for the pop game. In an industry that chews you up and spits you out at 30, the fact he was still making records at almost 60 was a minor miracle. But was he still relevant? He was. To prove it, he gave us a series of albums that would rank amongst his best ever. In 2006, he released the acoustic beauty, ‘Under the Skin.’ Two years later, he followed it up with the equally glorious ‘Gift of Screws.’ Full of electric rhythms, big beats, and sophisticated lyrics, it’s a joy from start to finish. Its titular song is a belter of a tune that pitches 70s glam rock against 60s garage rock and comes out all the better for it.

Buckingham has never held much truck with being predictable. This is a man with enough creativity and talent to go in just about any direction he chooses. The proof? ‘Law and Order,’ an album from 1981 that flirts with punk and New Wave to joyous effect. Its standout single, ‘Trouble,’ sees Buckingham combine elements of New Wave with pop to create something unlike anything we’d heard from him before. As light and blissful as a summer breeze, it proved there was way more to Buckingham than The Mac – although in fairness, he did get a bit of help from old bandmate Mick Fleetwood on drums.

Taken from Buckingham’s second solo album of the same name, ‘Go Insane’ is a sheeny, shiny pop number with more edge than a knife. Although most of the album is devoted to his break-up with ex-girlfriend Carol Ann Harris, here Buckingham once again looks to his relationship with Nicks for inspiration. The result is a frantic number packed with runaway keyboards, wired vocals, and some very clever lyrics. If Buckingham was hoping to show he could go his own way without a lick of help from Nicks, he succeeded beautifully.