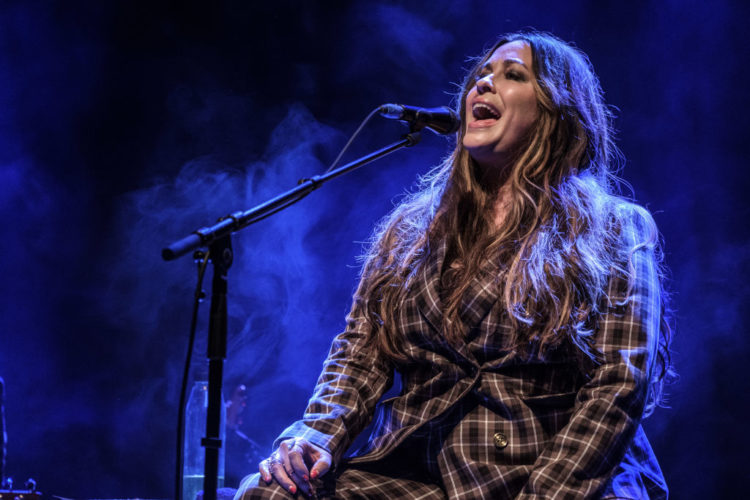 No one wants to listen to a song about how great love is when they’re in the middle of something painful. When you’re missing what you had or regretting what you never did, the only songs that should be on your playlist are ones that tell the truth. And the truth is, love can suck. If Cupid’s arrow has left you brokenhearted, reassure yourself you’re not the only one with these 10 best anti-love songs of all time.

There’s a time and a place to get weepy about a breakup, and a time and a place to kick some butt. Alanis Morissette knows the difference. Whether or not she wrote You Oughta Know about Dave Coulier from TV’s ‘Full House’ (as some people have suggested) is between her and him. Either way, she’s clearly in no mood to forgive and forget.

9. The Greeting Committee – I Don’t Mind

As Redbrick Music says, the lyrics in The Greeting Committee’s I Don’t Mind are downright harsh. Pity the person on the receiving end of lines like “maybe I was wrong / to hold you for so long / when I couldn’t feel a thing for you” and “it kind of sounded like you’re never coming back / and I don’t mind.” Lead singer Addie Sartino’s candid, straightforward delivery makes it all the more brutal.

Hank Williams was inspired to write Your Cheatin’ Heart by his first wife Audrey Sheppard. After describing her as a “Cheatin’ Heart” to his finance Billy Jean Jones, he decided to pour his heart out in a song. What took him just a few minutes to write ended up becoming one of the most iconic country songs of all time. Thanks to lyrics like “Your cheatin’ heart will make you weep/ You’ll cry and cry, and try to sleep/ But sleep won’t come the whole night through/ Your cheatin’ heart will tell on you,” it also ranks as one of the finest anti-love songs ever recorded.

If you ever needed proof that covers can sometimes be better than the originals, try Tainted Love for size. Originally recorded by Gloria Jones in 1964, Soft Cell breathed fresh life into it in 1981 with the addition of some synths, a slick production, and some standout vocals from Marc Almond. Claustrophobic, compelling, and just the right kind of subversive, it flips the idea of the conventional love song on its head. Marilyn Manson tried to recreate the magic in 2003. He failed, miserably.

6. The Police – Every Breath You Take

Although it’s regularly named as one of The Police’s best songs, Sting himself was never much of a fan of Every Breath You Take, describing it as “generic” and “rule-obeying.” Most of the rest of us would beg to disagree. Written in the midst of the dissolution of his first marriage and at a point when the band’s internal conflicts were pushing them to breaking point, this is a nasty little song with sinister lyrics and an atmospheric production that only serves to heighten the tension.

Don’t Think Twice, It’s All Right is Bob Dylan at his most passive-aggressive. As ultimateclassicrock.com says, “hell hath no fury like a bard scorned,” and you do have to feel for any ex who’s told, “I ain’t sayin’ you treated me unkind / You could have done better but I don’t mind / You just kinda wasted my precious time / But don’t think twice, it’s all right.” Bitter, biting, and gorgeously eloquent, it’s easy to see why it’s become one of his most covered songs, not to mention why it ranks as one the top ten anti-love songs of all time.

Yes, it’s an obvious choice, but obvious or not, it’s still one of the greatest songs ever written. Released just a month before lead singer Ian Curtis’ death in May 1980, Love Will Tear Us Apart was inspired by Curtis’ increasingly fragile mental state and the breakdown of his marriage. An ironic twist on Neil Sedaka’s Love Will Keep Us Together, it’s an atmospheric masterpiece, with Curtis’ moody baritone serving as its anchor. Understandably, Time has named it one of the greatest popular songs of all time.

Love is a beautiful thing. Sometimes. Other times, love hurts. It scars. It wounds. Nazareth knew it in 1972 and anyone who’s ever got on the wrong side of it knows it now. Next time you feel love might be more trouble than it’s worth, play this. It won’t make you feel any better, but at least you’ll know you’re not alone.

Harry Nilsson never performed at a major concert, rarely toured, and hardly released any music between the mid-1970s and his death in 1994. Yet somehow, he still managed to achieve a huge amount of commercial and critical success. During a press conference in 1968, John Lennon was asked to name his favorite American artist. “Nilsson,” he answered. Paul McCartney was then asked who his favorite American group was. His response? “Nilsson.” If you can bring two of the greatest singer-songwriters into your fan club, you know you’re good. Nilsson wasn’t just good, he was great. “You’re Breaking My Heart” is him at his best. A breakup song of the finest kind, the real beauty is the juxtaposition of the angry, profanity-laden lyrics and the cheerfully jaunty delivery.

1. Fleetwood Mac – Go Your Own Way

When it comes to the number one best anti-love song of all time, there can only be one winner. Written by Lindsey Buckingham about the end of his famously tumultuous relationship with Stevie Nicks, Go Your Own Way is the break-up song to end all break-up songs. Buckingham’s lyrics capture the endless push and pull of a relationship where one party has the upper hand, but there’s an underlying bitterness and cruelty to lines like “Packing up, shacking up is all you wanna do” and “Go your own way/ You can call it another lonely day” that’s made all the more poignant by the fact Nicks was the one made to sing them.