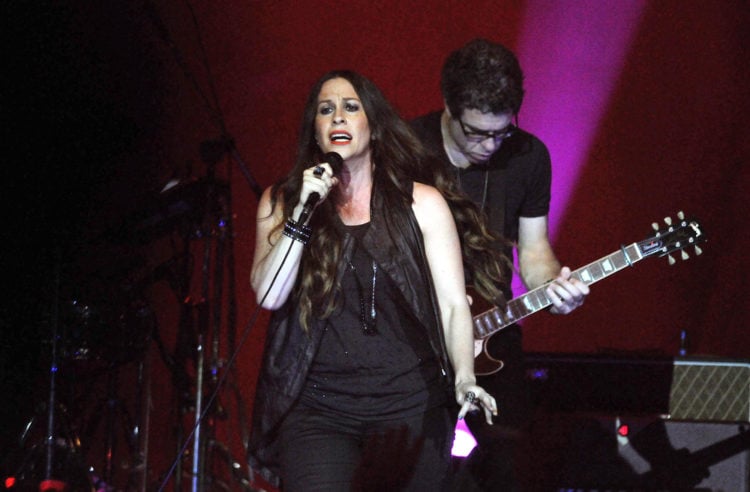 Alanis Morissette is a Canadian-American singer-songwriter who has been in the business for three decades and counting. She started out making pop music. However, Morissette tends to be much better-known because of her eventual turn towards making rock music, which turned out to be very successful. After all, she has managed to sell more than 75 million records on a worldwide basis, meaning that there are very few artists who have ever managed to exceed her in this regard.

As mentioned earlier, Morissette started out making pop music rather than rock music. To be exact, she made a couple of pop studio albums when she was still a teenager, which would be Alanis in 1991 and Now Is the Time in 1992. These releases are listed here because they were made by Morissette. However, it is important to note that both Alanis and Now Is the Time are very different from what interested individuals might expect based on her later releases.

Now Is the Time is better than Alanis. Granted, it was released in August of 1992 while its immediate predecessor was released in April of 1991. Still, those months meant that Now Is the Time was the product of a more experienced singer-songwriter. Having said that, it still had some serious issues. To name an example, it wasn’t that much more inspired than the average pop studio album released towards the end of the 1980s and the start of the 1990s, meaning that it might be best-forgotten.

Released in 2012, Havoc and Bright Lights was a significant change for Morissette in some ways. For instance, it was her first release after her departure from Maverick Records, which had been her record label since 1995. In any case, Havoc and Bright Lights met with a rather mixed reception because it had both good points and bad points. On the one hand, it was a mature release from a very experienced artist; on the other hand, it had nothing that was capable of standing out. As such, one might say that this studio album was nice but not much more than that, meaning that it is no competitor for Morissette’s better releases.

5. Such Pretty Forks in the Road

Such Pretty Forks in the Road came out in 2020. As such, it received a lot of interest, seeing as how it was Morissette’s first release after the better part of a decade. It is the product of a very different artist who made Jagged Little Pill. However, it also shows clear signs of Morissette’s musical roots. Due to this, one might be tempted to compare Such Pretty Forks in the Road with Flavors of Entanglement, but that would be a mistake because execution counts for a lot in these things. Simply put, this was better-made than that.

Supposed Former Infatuation Junkie was Morissette’s fourth studio album. As such, it followed the massive success that was Jagged Little Pill, meaning that it had some very big shoes to fill. Whether it managed to live up to those expectations or not depends a great deal on whether people like Morissette’s unconventional voice or not, which showed very strongly on this release. However, it is worth mentioning that her greatest non-Jagged Little Pill hit would be “Thank U” from this very studio album.

Under Rug Swept was the studio album that came after Supposed Former Infatuation Junkie. There are a lot of people out there who believe it to be the better release of the two because it was consistently catchier. Something that enabled it to put out its fair share of hits as well. While Under Rug Swept might not be the most memorable studio album to ever see release, it gets a lot of points for being just a very solid, very well-made release.

So-Called Chaos followed Under Rug Swept. It can’t compare with the release that made Morissette’s career. Primarily, this is because So-Called Chaos just doesn’t have the raw emotion that can be found on Jagged Little Pill. However, it has charms of its own. To name an example, it was made at a happy point in Morissette’s career, which had the interesting effect of making it more accessible than most of its predecessors. As such, while there were those who called it an example of selling out, So-Called Chaos benefited from that broader appeal.

Naturally, Jagged Little Pill sits at the top of this list for a number of reasons. For example, it is the studio album that enabled Morissette to make a successful transition from dance-pop to the post-grunge pop rock and alternative rock that she is best-known for. Similarly, she managed to reconcile some very different musical influences to create what seemed like a seamless union, which was no mean achievement to say the least. However, the best argument for Jagged Little Pill might be its overwhelming success. At more than 33 million copies sold, it is considered one of the best-selling studio albums ever released, meaning that it has been extremely influential as well.