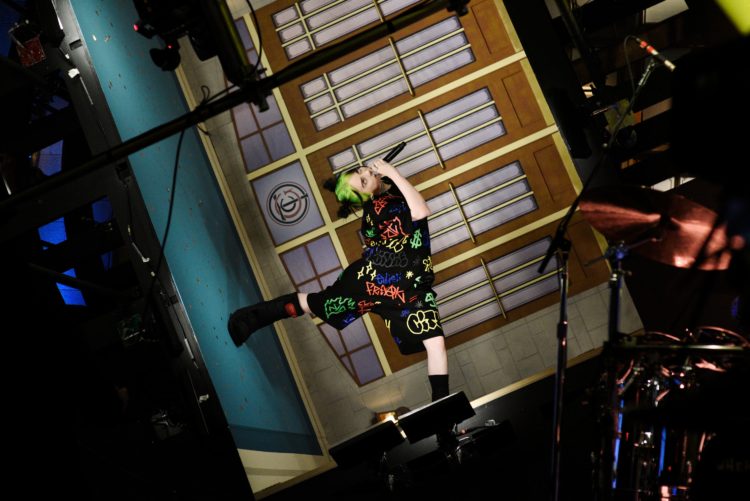 Saturday Night Live, mostly or more easily known as SNL, is famous for a few different things from their willingness to make jokes on rough topics quickly to choice in hosts and musical guests and some things in between. Not to say that SNL hasn’t had controversial artists on the show to perform or host usually the musical guest would be assigned to SNL due to them being popular or a topic of discussion around the time of the filming of the episode. Below, we’ve gone into a bit of a deep dive on 10 of the more memorable, most recent SNL musical performances.

While Migos wasn’t the most memorable performance by any artist in recent years, but that’s not to say that to say this list isn’t filled with a little bit of the good, the bad, and the ugly. Although Migos’ performance wasn’t anything spectacular, it’s memorable due to how boring it truly was. Sure the song was pretty popular but the performance was certainly one of the most notable, and boring, performances from a rap act.

Machine Gun Kelly, more notable known for his rap music, released what he considered “pop-punk” with a uniquely styled album with a hit single that featured blackbear., an artist that has worked with the likes of All Time Low, Hoodie Allen, and many more. While the album itself is a bit of a betrayal to pop-punk acts from the likes of blink-182 and Knuckle Puck, the songs are quite catchy and still hold a sense of that core MGK sound. The artist clearly grew up on the music that fueled the album so it’s only right that the artist made his own with the genre and was certainly one of the most memorable SNL musical performances in recent seasons.

Ariana Grande has been both a musical guest and a host on SNL and regardless of what her title was whenever she appeared on the late-night show, she did an amazing job and always brought a memorable musical performance to the show. When it came to her performance of her song “Be Alright”, she really stood out. The other song performed by the artist, “Dangerous Woman, was memorable as well with her most recent appearance but didn’t stand out quite as much as “Be Alright”.

7. Childish Gambino – This Is America

Childish Gambino can immediately be stated as one of the more interesting artists to have graced the stage in recent years with a musical performance that was quite memorable on SNL. When the artist played “This Is America”, it was hard not to remember the music video for the song, but even without the video in mind, Childish Gambino certainly earned one of the more memorable recent SNL musical performances.

Foo Fighters, famously led by ex-Nirvana drummer Dave Grohl, featured a more rock-influenced sound compared to the grunge superstars Nirvana was known to be but with rock comes mayhem. Foo Fighters have had many television appearances, and just as many memorable ones, but “Times Like These” certainly earned its place as one of the most memorable performances in recent SNL musical performance history.

In a time before Tik Tok and other platforms like it would skyrocket an artist overnight, artists such as Kid Laroi may have never gotten the attention they deserve to reach such a height in engagement with fans so early on. Kid Laroi originally released the song featured below without Miley Cyrus but before the performance of Kid Laroi, the two artists collaborated on this version of the song. Luckily we got to hear the new rendition of the song so early upon release on SNL, making it one of the more memorable musical performances over recent seasons.

4. Taylor Swift – All Too Well

Taylor Swift was not always just an artist in the spotlight, but also an artist with an ever-growing fanbase to follow her throughout her entire career and she only gains more fans every day. So when it came to the singer appearing on SNL again, it’s a no-brainer as the artist is always popular and will attract attention but the artist has been in the spotlight in a different form lately, earning the proper right to her older music, giving her the right to record the songs in a new light. This specific SNL performance landed as one of our most memorable due to its length, the music video associated with and played during the performance, and the length of the performance all earned it as one of the most memorable, recent SNL musical performances.

Halsey has always been known to not only be interesting and unique but also open about herself so when the artist is proclaiming she is God in the song she performed on SNL below, it should be known exactly what she is standing for as the intensely followed woman is proclaiming her ultimate power as a woman in control. Halsey’s performance earned one of the top spots on our list of most memorable recent SNL musical performances due to how true to Halsey it really was and how very memorable it was.

2. Pheobe Bridgers – I Know The End

My personal favorite performance out of the most recent seasons of SNL’s more memorable musical performances was without a doubt Pheobe Bridgers as the artist displayed true rock and roll and showed that she is another strong woman that is all herself as an artist and that’s concrete. While my personal favorite song and performance on SNL during this episode, by Pheobe Bridgers was “Kyoto”, “I Know The End” was much more of a solidified performance from the artist. She also smashed her guitar at the end of the song, which truly made it one of the most recent memorable SNL musical performances.

Finally, in the top spot on our most memorable recent musical SNL performances we have a 2019 performance from Billie Eilish when she performed “bad guy”, her most popular song to date. What made this song and performance so memorable was not only the song itself but the stage setup and all truly captured the artist. As time went on, the artist only molded even more into the strange, creative artist she displayed on the stage for that performance.