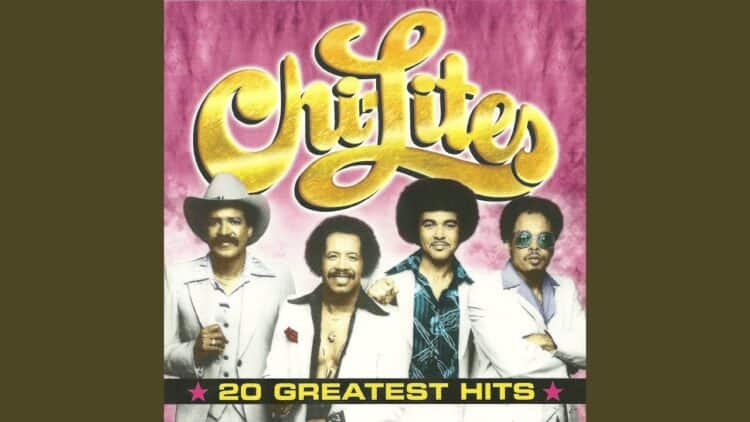 The Chi-Lites were a Chicago band that performed soulful blues songs that built a name for themselves on the soul, R&B, and pop charts in the 1960s and 1970s, with mega-hits such as “Have You Seen Her” and “Oh Girl.” The group achieved 21 singles on the Billboard Hot 100 Pop Chart and eleven Top Ten R&B successes. In the early 1960s, the band was known as the Hi-Lites, but to honor their hometown of Chicago, they changed their name to the Chi-Lites, pronounced “Shy-Lites.” The Chi-Lites was initially made up of seven singers, including Eugene Record, Marshall Thompson, and Robert Lester. In 2005, this legendary band was inducted into the Vocal Group Hall of Fame, and on the 17th of August 2013, they were voted into the R&B Music Hall of Fame in Cleveland. The Chi-Lites released their first compilation album titled Greatest Hits in 1972. The album charted at number 55 on the U.S. Billboard Top LPs chart and #4 on the U.S. Billboard Top Soul LPs chart. Their songs did well on the US charts and abroad in nations, including the United Kingdom, Canada, Ireland, and Australia. The Chi-Lites were well-known for perfectly balancing beautiful soul ballads about romance, loneliness, and vulnerability with groovy hits about race relations and social justice. With this in mind, let’s look at the band’s top ten tracks of all time.

The number ten track on our list is a very catchy single that is timeless. “Toby” was released in 1974 as the first track on The Chi-Lites’ seventh studio album, Toby. Because the band promoted this album less, it did not perform as well on the charts as their prior releases. The album charted at #12 on the U.S. Billboard Top LPs chart. The single “Toby” charted at number 78 on the US Billboard Hot 100 and #7 on the Hot R&B/Hip-Hop Songs chart.

In 1980, the Chi-Lites made a grand return, contracting with Carl Davis’ Chi-Sound label. Eugene Record returned, and for the first time in years, their debut album under that contract garnered them renewed audience prominence. They appeared on Soul Train the same year their track “Heavenly Body” was released. This priceless track received some airtime and chart activity and received many positive reviews from its fans.

The instrument performance and the vocals featured on this single are on another level. This ballad by Chi-Lite is about a man expressing his agony and loneliness following a failed relationship with his lover. In the song, he wishes his beloved could still be with him so that they could make more memories together. The man is perplexed as to why he should be lonely when he could be with his lover. He expresses this by saying, “But why should a guy be lonely?”

This powerful single brightened the 1970s. The Chi-Lites get super funky on this track. It didn’t perform well on the pop charts, but it received a lot of R&B airplay; it was also one of the tracks the Chi-Lites dropped when Red left the group. The Chi-Lites’ vocals blend in perfect harmony, with Creadel “Red” Jones’ energetic bass bursting like new champagne.

6. Give More Power To The People

This song applies to so many of our societal problems. “Give More Power To The People” still resonates today as we experience several situations where the rich are still getting more prosperous, and the poor are still getting poorer. This is clearly highlighted in the song. The single was released in 1971 and featured R&B and Soul styles.

The bass and deep voice at the beginning of the track are outstanding. “I Like Your Lovin’ (Do You Like Mine)” features different styles, including Chicago Soul, Smooth Soul, and Psychedelic Soul. This ballad gives its listeners some warm, passionate, and romantic feelings.

4. Have You Seen Her

The number four track on our list is a track with an angelic intro. The band’s lead vocalist, Eugene Record, and Barbara Acklin, wrote this masterpiece, which was released in 1971. Eugene composed this track with his high school lover in mind, who later became his wife. This song’s introductory words are spoken rather than sung, inspired by Isaac Hayes’ intros to his songs. “Have You Seen Her” peaked at #3 on the Billboard Hot 100 charts.

3. A Letter To Myself

“A Letter To Myself” is one of the best pieces of music ever composed. The track was released in 1973 on the band’s fifth studio album, A Letter to Myself. The album peaked at #4 on the U.S. Billboard Top Soul LPs chart and #50 on the U.S. Billboard Top LPs chart. The “A Letter To Myself” single was the album’s title track and was released as the second single. It charted at number 3 on the R&B chart and #33 on the Billboard Hot 100. It definitely takes a lot to write a letter to yourself. This is a great song.

This track placed the band on the top ten R&B chart in 1969. This music is a gem of perfection on all levels, thanks to Eugene Record, who composed and performed it as well as the steady hand of producer Carl Davis. The simplicity of this hit single is attractive. The Chi-Lites were one of the greatest soul groups to come out of Chicago.

“Oh Girl” is a classic soul song from the 1970s and one of the best of many classics. Eugene Record gives an outstanding and passionate vocal performance on this hit track. This stylish ballad is contained in the band’s fourth studio album, A Lonely Man. The single is about a relationship on the verge of breaking up. This hit song was the first and only Chi-Lites’ number 1 single on the Billboard Hot 100. In addition, it also charted at #14 on the UK Singles Chart.