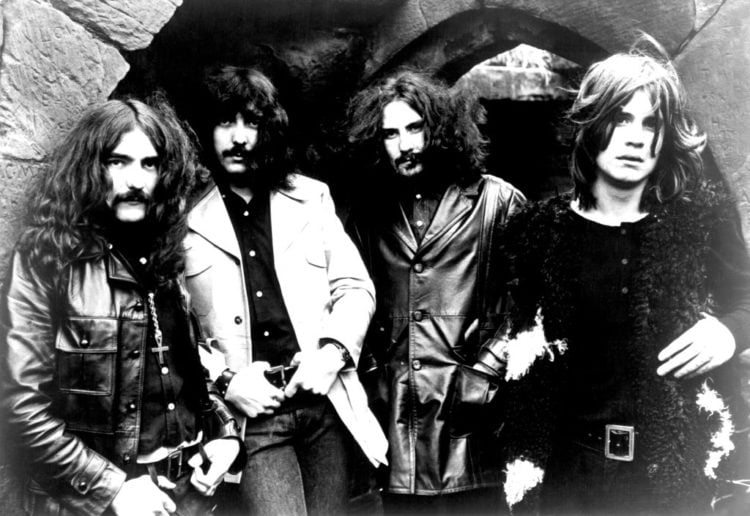 Every song has a theme, and these are often themes that make people feel good, such as love, success and having a positive attitude. However, there are also songs with dark and sinister themes, including tunes all about being evil. Although metal is the music genre most associated with songs about evil, there are examples of such songs from various genres. Here are the 10 best songs about being evil ranked, with some facts of each of the songs.

10. Evil On My Mind, Johnny Winter

Johnny Winter was a blues-rock singer and musician. He was born in Texas in 1944 and died in Zurich, Switzerland, in 2014. Rolling Stone magazine ranked him as one of the 100 Greatest Guitarists of All Time. He released 19 studio albums throughout his career, and ‘Evil On My mind’ is a single from his 1986 album ‘Third Degree.’ It was one of two solo acoustic tracks on the album.

Voltaire is the professional name of Aurelio Voltaire Hernandez, a Cuban-American singer, musician, and composer. Many of the artist’s songs had sinister, supernatural, or demonic themes. One of his best-known tracks is ‘When You’re Evil,’ which was on his debut album ‘The Devil’s Bris,’ which was released in 1998.

AC/DC is an Australian group formed by Scottish brothers Angus and Malcolm Young in 1973. The brothers describe the band’s music as rock and roll, but others have also described their musical genres as hard rock, heavy metal, and blues-rock. Although they became popular in Australia and the UK during the 1970s, AC/DC did not achieve success in the United States until the early 1980s. The band’s eighth album, ‘For Those About to Rock We Salute You,’ was released in 1981, and it was the first of the group’s albums to reach number one in the United States. ‘Evil Walks’ was one of the singles from this album.

It is no surprise that a song by the heavy metal band Metallica appears on this list, as many of their tracks have dark and sinister themes. The Los Angeles-based band was formed in 1981. ‘Ride the Lightning’ was their second studio album released in 1984. ‘Am I Evil?’ is one of the tracks from this album, and it was written by Sean Harris and Brian Tatler. The same song had earlier been performed by Diamond Head in 1980.

Santana is another rock band known for music with darker themes. T band was formed in 1966 by Mexican-American Carlos Santana. Their self-titled debut album, which was released in 1969, included the track ‘Evil Ways.’ The track became Santana’s first top ten hit in the United States. It was written by Clarence ‘Sonny’ Henry. Santana was not the first to record the song, as it was originally recorded in 1967 by jazz percussionist Willie Bobo. The song has also been recorded by The Village Callers, Johnny Mathis, Stanley Turrentine, and Mellow Man Ace.

Many people consider Black Sabbath as the pioneers of heavy metal music. The Birmingham-based band was formed in 1968, and they released their self-titled debut album the following year. The song ‘Lady Evil’ is from the band’s ninth album ‘Heaven and Hell,’ which was released in 1980. It was the first album to feature Ronnie James Dio as the lead vocalist after he replaced Ozzy Osbourne.

4. A Touch of Evil, Judas Priest

Ultimate Classic Rock names ‘A Touch of Evil’ as one of the best songs about evil. It was a track by Judas Priest, a heavy metal band formed in Birmingham, England, in 1969. Over the years, the band’s membership changed on multiple occasions. The band released their first album in 1974, and their most recent album was released in 2018. ‘A Touch of Evil’ the second single released from the 1990 album ‘Painkiller.’ The lyrics of the song cover themes such as black magic and demonic possession.

Motionless in White is a Pennsylvania-based heavy metal band that was formed in 2005. The band has released five studio albums between 2005 and 2019. Their fourth, ‘Graveyard Shift,’ was released in 2017, and ‘Necessary Evil’ was a track from this album. The song featured vocals by Jonathan Davis, the frontman of the nu-metal band ‘Korn.’ It was co-written by John Gluck, Wally Gold, Seymour Gottlieb, Mick Kenney, Drew Fulk, Ricky Olson, Chris Cerulli, and Molly Salley-Ryan.

2. Being Evil Has a Price, Heavy Young Heathens

Brother Aron and Robert Mardo are television, film, and film trailer composers who are known professionally as the Heavy Young Heathens. One of their most famous works is ‘Being Evil Has a Price,’ which is the theme tune for the Netflix series ‘Lucifer,’ which first aired in 2016. The brothers have also composed music for films including ‘Halloween,’ ‘Hitman: Agent 47,’ ‘Masterminds,’ and ‘Nitro Circus: The Movie.’

According to Ranker, the best song about being evil is ‘Evil Woman.’ It is a track by Electric Light Orchestra, often abbreviated to ELO, which is an English rock band. The members of the group are Jeff Lynne, Roy Wood, and Bev Bevan. ‘Evil Woman’ is the third track on the 1975 album ‘Evil Woman.’ Originally, the track was written as a filler track. However, it became a worldwide hit after being released a month after the album. It was a top ten hit in the United States, Canada, the Republic of Ireland, New Zealand, and the UK.