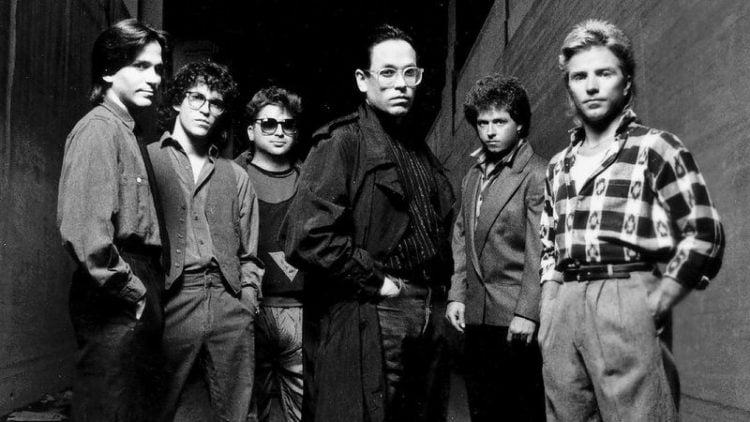 By the time they formed in 1978, the majority of Toto were already seasoned studio musicians, having played extensively for the likes of Steely Dan, Cher, Boz Scaggs, Seals & Crofts, and Michael Jackson. With so much talent on the table, it was no surprise that they were a hit from the start, scoring their first top 5 hit with the debut single, Hold the Line. Four years later, they released Toto IV, a flawless collection of pop/ rock gems that turned them into international superstars. The album’s shadow hung over them for the remainder of their career, but while they might never have bettered it, they had a great time trying. Here, we take a look back at the highs and lows of their four-decade career as we rank all the Toto albums from worst to best.

14. Through the Looking Glass

Musically, Through the Looking Glass is as accomplished as anything else in Toto’s back pages, but for a band as gifted at creating their own material as Toto, an album of covers can only end up on the bottom of the pile, no matter how well performed those covers are.

Ultimately, Toto are studio professionals – when they commit music to tape, you can bet the playing is going to be tight. But ultimately, good music is about more than good playing, and the merit of an album rests on more than the ability to hit the right notes at the right time. Musical expertise aside, Mindfields is a safe, plodding album with no spark and even less personality.

Falling in Between, the band’s tenth studio album and the last to feature lead vocalist Bobby Kimball, isn’t a bad album per se – the production is watertight and Steve Lukather puts in an impressive vocal performance – but it’s too safe, too uneven, and too stuffed with filler material to qualify as essential listening.

Turn Back, Toto’s third studio album, has a few gems, but the band seems fresh out of ideas on how to fill an album. A critical flop and an even bigger commercial disappointment, the album limped to number 41 on the Billboard 200 and left Toto’s future hanging in the balance.

Fahrenheit is notable for a few things, including being the first album to feature Joseph Williams on lead vocals after Fergie Frederiksen’s dismissal, and the last until 2015’s Toto XIV to feature keyboardist Steve Porcaro as a permanent member. Other than that, it’s a fairly undistinguished effort that failed to strike the right note from either a commercial or critical perspective.

Toto’s fourteenth and final album was initially released as part of the All In box set in November 2018, before being released as a standalone record in April 2020. As Seaoftranquility.org  notes, while a few of the songs are marginal at best, fans will find plenty to enjoy in highlight like the well crafted Devils Tower, engaging Spanish Sea, and hook-laden Chelsea.

After the end of singer Jean-Michel Byron’s brief tenure with the band and Joseph Williams’ departure, Toto re-emerged as a four-piece for their eighth studio album, Kingdom of Desire. Guitarist Steve Lukather does a good job on lead vocals, while the harder edge to the material makes a diverting change. Unfortunately, any future the band had as a quartet was cut tragically short when drummer Jeff Porcaro died at the age of just 38, weeks before the album had even hit the shelves.

After Bobby Kimball departed during the early recording sessions for Isolation, former LeRoux singer Fergie Frederiksen was bought in as his replacement. As Ultimate Classic Rock notes, Frederiksen acquitted himself fairly well, but the material didn’t have the same radio-friendly bombast as its predecessor, leading to it flopping in the charts and leaving Toto once again on the lookout for a new singer.

Tambu marked a major departure for the band, both in terms of the anguished, philosophical bent of its lyrics and the harder, bluesy style of the music. Steve Lukather handles the bulk of the vocals, and does so exceedingly well. The album is far too long at 70 minutes, but there’s a good scattering of highlights to be found for those with the patience to see it through.

In 1988, Toto released The Seventh One. Both the band and Columbia Records were convinced it was one of their strongest ever albums, but when Columbia head, Al Teller, left the label shortly after its release, the promotion of both the album and its singles dropped off a cliff, resulting in it becoming their lowest charting album till that point.

Toto, the band’s 1978 debut, may have been bashed by the critics, but it sold well. Hydra, their sophomore album, sold less well and was criticized for lacking the magic of their debut by the same journalists who had slated its predecessor … which just goes to show that neither commercial success nor critical acclaim can always be used as a barometer of merit. Despite the poor sales and the negative reviews, Hydra is an excellent album, demonstrating both the group’s command over their craft and their laudable willingness to break away from their comfort zone where needed.

Toto, the band’s 1978 debut, met with a resoundingly negative response on its release, but time has been kind to the album. Although the band members were still in their 20s when they made it, they were already seasoned studio pros, something that allowed them to hop between genres with ease. It might not be the most consistent record in their repertoire, but it’s an astonishingly accomplished beginning.

After deaths, departures, an extended break, and years of inconsistent albums, Toto would have been forgiven for sitting out the 2010s without so much as a murmur. Instead, they delivered one of the strongest albums of their career. With the familiar faces of Joseph Williams, Steve Porcaro and David Hungate all back on board, the band delivered a startlingly strong set of songs that, as All Music says, finds them “accepting all their indulgences, all the intricacies that come with their virtuosity, and making a record that reflects what these veteran rockers have seen and learned in their 40 years in the business.”

After the critical and commercial disaster that was Turn Back, Toto needed to pull something good out of the bag if they wanted to survive. The result was Toto IV, a six-time Grammy Award-winning masterpiece that turned Toto from a group of accomplished but underachieving studio musicians into global superstars. The comeback to end all comebacks, it remains their crowning glory to this day.