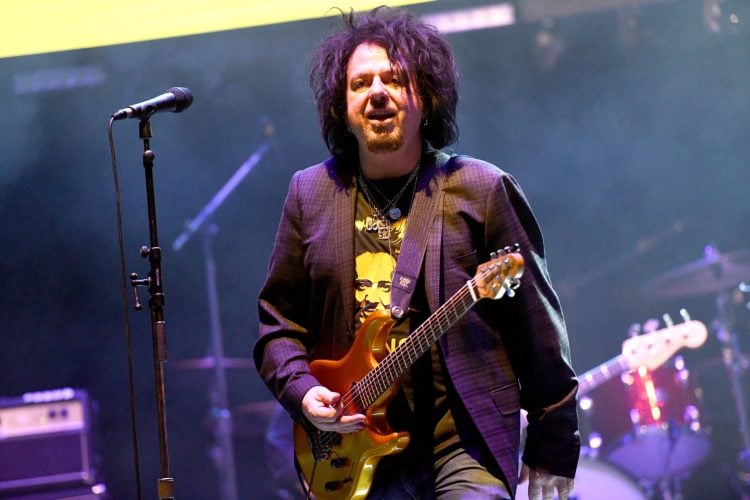 Known as Toto, this American-based rock band was first put together in 1977 out of Los Angeles, California by David Paich (keyboards and vocals) and Jeff Porcaro (drummer) after playing together as session musicians on several albums for other bands. Toto’s musical style blends together funk, hard rock, jazz, pop, progressive rock, R&B, soul, R&B, and classic rock. They achieved their greatest commercial success as a band from 1978 until the mid-1980s. Upon the release of their 1982 album (Toto IV), Toto became one of the best-selling groups from their musical era.

In 1982, bass guitarist David Hungate left Toto for other pursuits but briefly joined Toto again from 2014 until 2015. From 1984 to 1988, vocalist Bobby Kimball was out of the band’s lineup, but then returned and left again in 2008. In 1992, Jeff Porcaro died from complications resulting from a heart attack, which his long-time cocaine habit had caused. The death of Porcaro was very hard on the band, nearly causing them to officially break up as a result. Guitar and vocals Steve Lukather departed from Toto in 2008 and from there, remaining members of the band went their separate ways until 2010.

With a new lineup, Toto went on a European tour to benefit bassist Mike Porcaro, who had been diagnosed with amyosthenic liver sclerosis and was unable to remain an active member of the band as of 2007. Celebrating their 40th anniversary in 2017 Toto celebrated by going on tour until 2019. In October 2020, founding member Lukather was joined with vocalist Joseph Williams as they reunited the band and went on tour again. On November 21, 2020, they did a live-stream concert during the COVID-19 pandemic. Toto’s discography so far has released 14 studio albums, 14 compilation albums, 8 live albums, 2 box sets, and a soundtrack, and has sold over 40 million records worldwide. They have received numerous Grammy Awards and was inducted into the Musician’s Hall of Fame Museum in 2009.

In 1979, Toto’s debut of their first album (Toto) brings forth (Georgy Porgy). According to Billboards Hot 100 chart, it peaked at #48 and on Adult Contemporary, #49. It earned its highest rank at #11 with the Official New Zealand Music Chart. With Australia’s ARIA it edged in at #97.

While Toto’s (Stop Loving You) song from their 1988 album (The Seventh One) didn’t reach any mention within the North American charts, it was still recognized enough to peak at #2 with the Dutch Music Charts, as well as the Belgium Entertainment Association’s Ultratop. Among their European fans, Stop Loving You is among their favourites.

Toto’s ballad (I’ll Be Over You) comes from their 1986 album (Fahrenheit). This highly successful hit reached #11 with the US Billboard Hot 100, as well as #1 with Adult Contemporary. With the Official Finnish Charts, at #6, and with the Dutch Charts #38.

1982’s album (Toto IV) released the song (Rosanna), which became one an all-time cult favorite. The US Billboard Hot 100, peaked the song as high as 2nd while in Adult Contemporary, 17th. It reached #8 with US Mainstream Rock’s chart. Throughout Europe, Rosanna was very successful. With the UK, it peaked at #12. Additional top chart rankings include #16 in Australia, #24 in Germany, #3 with Switzerland, #6 with the Dutch, #22 in New Zealand, #22 in Belgium, and #11 in Ireland.

Also from their 1982 album (Toto (V), features the hit song (Africa), which became one of Toto’s all-time favorites according to both music fans and critics worldwide. Africa peaked at first place with US Billboard’s Hot 100. With Adult Contemporary it came in 5th. Elsewhere, this song placed #3 in the UK, #5 in Australia, #14 in Germany, #6 in Switzerland, #4 with the Dutch, #5 in New Zealand, #7 in Belgium, #2 in Ireland, and #18 with the Official Finnish Music Charts.