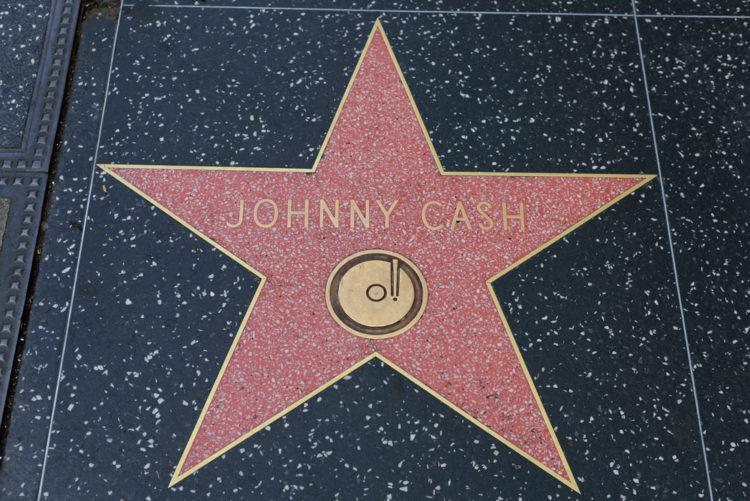 Some country songs make you sad, others get you mad. But no matter whether they make you reach for the bottle in anger or in misery, they all do one thing. They all tell a story. Not all of those stories are worth listening to, but the good ones will always twang your heartstrings. The 60s was a decade that gave us some of the greatest country songs of all time. Surprisingly, not all of them were by Johnny Cash. If you’re ready for tales of desperate lovers, shootouts, burnouts, and more besides, here are the 20 best country songs of the 60s for your listening pleasure.

El Paso was recorded in 1959 but hit the charts in the first week of the 1960s, becoming one of the decade’s very first number 1s. A western with attitude, it tells the story of an El Paso cowboy during the days of the Wild West, who, after shooting dead his rival, dies in the arms of his love after justice catches up with him. After winning the Grammy Award for Best Country & Western in 1961, it became Robbins’ signature tune, not to mention the Grateful Dead’s most requested song at live shows.

As genius.com writes, Son of a Preacher Man was written by Ronnie Wilkins and John Hurley with Aretha Franklin in mind. Aretha rejected it, believing it to be disrespectful to preachers. Dusty Springfield, fortunately, had no such qualms. Her quavering tenor matches the sparse, moody arrangement perfectly, turning what could otherwise be a pretty trite story of ‘good girl meets good boy and gets up to no good’ into something glorious. Aretha clearly agreed, and three years later, recorded her own version.

18. Jack Greene – There Goes My Everything

In 1967, Jack Greene became the first winner of CMA’s Male Vocalist of the Year award. The song that secured his win was There Goes My Everything, which dominated the charts and the airwaves on its release in 1967. It also bagged him awards for “Single of the Year”, “Album of the Year” and “Song of the Year.” In 1971, Elvis Presley took it back into the top ten with his version.

Named by NME as one of the greatest country duets in history, Jackson is a fun, rollicking ride that’s made all the more special by the fact its two performers, Johnny and June Cash, were clearly so much in love. It earned the couple their first Grammy in 1968 for Best Country and Western Performance, Duet, Trio Or Group, and has been considered a country classic ever since.

In 1994, Billboard magazine named Leroy Van Dyke’s Walk On By as the biggest country music record in history. Based on radio play and sales, there’s no competition – released in 1961 as the first single and title track from the album Walk On By, it spent a record-breaking 19 weeks at No.1 in the country chart and an equally staggering 37 weeks on the chart in total. Since then, it’s been covered by everyone from Dean Martin and Patti Page to Hank Williams Jr and Donna Fargo. It’s still the original that gets our vote though.

Who knew country had a gothic side? Bobbie Gentry apparently, whose tale of Billie Joe McAllister jumping off the Tallahatchie Bridge sailed to the top of the charts in 1967. Slightly sinister, undeniable haunting, and utterly bewitching, it ranks as one of the finest country songs, not just of the 60s, but of all time.

In 1963, Bill Anderson scored his biggest ever hit with Still. Apart from the odd refrain, the first two verses are mainly spoken, lending a particular pathos to the story of a boy who misses his girl and hopes she’ll come back someday, as he’s still here. A huge crossover hit on its release, it gave Anderson’s career a major boost, with the result that it was swiftly followed up by a series of further Top Ten hits.

Named by Taste of Country as one of the best songs of the 60s, Buck Owens’ chart-topping Act Naturally tells the tragic tale of a man who believes he’s going to be the star of the silver screen because he’s been offered a role he’d be perfect for – that of a sad and lonely man. Buck’s unique, choppy singing style carries the whole thing along with style. It gave him his first No.1, and continued to be a highlight of his live performances right up till his death in 2006.

12. Nancy Sinatra – These Boots Are Made For Walking

Not many people could steal Frank Sinatra’s crown, but in 1966, his daughter came close with the sublime These Boots Are Made For Walking. Even before she released it, Nancy knew she was onto a good thing. “I knew what this record had. It does happen—you actually feel a hit,” she said “I had been recording for almost six years without such a feeling. I just knew we had a hit.” She was right. With its perky, lite-country sounds, it took Nancy straight to the top of the charts in both the US and the UK.

The Man in Black hits up our list yet again with this No.1 hit from 1963. Composed by June Carter to confess her love for Cash, Cash’s baritone burns through the lyrics in a god-like fashion. No one else could sing about “wild desire” and “falling like a child” while being backed with mariachi-style horns and come out of it with their dignity and gravitas still so firmly intact. Over a half-century after its release, it still stands as one of the greatest country songs of all time.

Jim Reeves was nothing if not a perfectionist. Some went so far as to call him a control freak. It might not have made him an easy guy to work with, but it blessed us with some of the best country songs of all time. His decision to lean into the microphone to add a silky warmth to He’ll Have to Go was an act of genius, and at least partly responsible for making it the first No 1 song of the 60s.

In 1964, arguably one of the greatest singers in country history gifted us with this beautiful gem. As outsider.com notes, George Jones’ songwriting ability allowed him to write about the exhilarating and earth-shattering qualities of love in a way few country artists ever had before, or ever have since. His frenetic vocals push the song along at a canter, perfectly complimenting the cascading effect of the lyrics. As tales of faux heartbreak go, it’s hard to fault.

8. The Statler Brothers – Flowers on the Wall

The Statler Brothers took their name from a brand of facial tissues, their harmonies from gospel music, and their inspiration from Johnny Cash, who discovered them, mentored them, and got them signed to his record label, Columbia Records. As one of the first country bands to take the rural sounds of the genre and plug them into a suburban setting, they had an inbuilt crossover appeal that landed them sales, acclaim, and in 1965, a Grammy Award in the all-genre category for Best Contemporary Performance of the Year for Flowers on the Wall.

7. Roger Miller – King of the Road

Roger Miller was never a straight-down-the-line country star. His writing didn’t allow it. This, after all, was the man who penned My Uncle Used to Love Me But She Died and Where Have All the Average People Gone. He was also the man behind King of the Road, that finger-snapping, pop-country crossover that dominated the airwaves in 1965 and that still ranks as one of the greatest sing-along songs ever released to this day.

6. Tammy Wynette – Stand By Your Man

While Loretta was feisty and Patsy Cline was smooth, Tammy always sounded wounded. She also sounded a world away from what was happening in the women’s liberation movement in the 60s. Unsurprisingly, Stand by Your Man took a lot of flack when it was released in 1968. Tammy didn’t exactly help matters when she responded to the criticism by telling Melody Maker, “A woman should be equal to a man for anything she’s capable of doing, but I still feel there’s a lot of things she isn’t capable of doing.” Controversy aside, it’s a stunningly beautiful song.

Wichita Lineman is a sweeping, dazzling song that manages to wrap up everything you need to know about love, loss, and loneliness in less than three and a half minutes. Dripping with pathos, it paints the evocative picture of a lovelorn telephone repairman with a lyrical sentiment that packs an almighty punch. Described by the BBC as “one of those rare songs that seems somehow to exist in a world of its own – not just timeless but ultimately outside of modern music,” it’s unquestionably one of the greatest country-pop crossovers of all time.

If anyone’s mama tried, it was Merle Haggard’s. Before he got famous, Haggard served time for assault, robbery, writing bad checks, and various other offenses. In 1968, he paid tribute to his mother’s attempts to keep him on the street and narrow with Mama Tried, a number one hit that became the cornerstone song of his career and set the standard for outlaw country music in the following decade.

Ranked as one of the best country songs of all time by Rolling Stone, You Don’t Know Me takes Charles’ jazz and R&B expertise and reworks it into a hillbilly tear-jerker that positively drips with pathos. Earthy, somber, and utterly sumptuous, it makes for incredibly rewarding listening.

Patsy Cline may not have written Crazy (that honor goes to the then-up-and-coming singer-songwriter, Willie Nelson), but in 1961, she made it her own thanks to her incredibly pure, soulful vocals. The song, which featured Floyd Cramer on piano, the Jordanaires on background vocals, and Owen Bradley on production duties, took Patsy to No. 2 in the charts for two weeks. Two years later, Patsy died in a plane crash, leaving Crazy, one of the most covered songs in history, to serve as a lasting legacy of her greatness.

“Hello. I’m Johnny Cash.” Never has such an epic song been introduced in such a humble way. Nor, as Pitchfork says, so needlessly. First recorded in the 1950s, Folsom Prison Blues became a runaway hit for Cash in ’68 when he performed it during his live gig at Folsom prison. Everyone at the show knew exactly who Johnny Cash was and if they didn’t, they certainly did by the end. From the playful, freewheeling opening chorus to the increasing desperation of its close, Cash had never sounded so in tune with his audience, or so masterful. The cheering that came after the line “I shot a man in Reno, just to watch him die” may have been added in post-production later, but even that realization doesn’t detract from the joy of this electrifying performance.

The 10 Best Maroon 5 Songs of All Time

The 10 Best Yes Songs of All-Time

The 10 Best Luke Combs Songs of All Time

10 Things You Didn’t Know about Shyheim