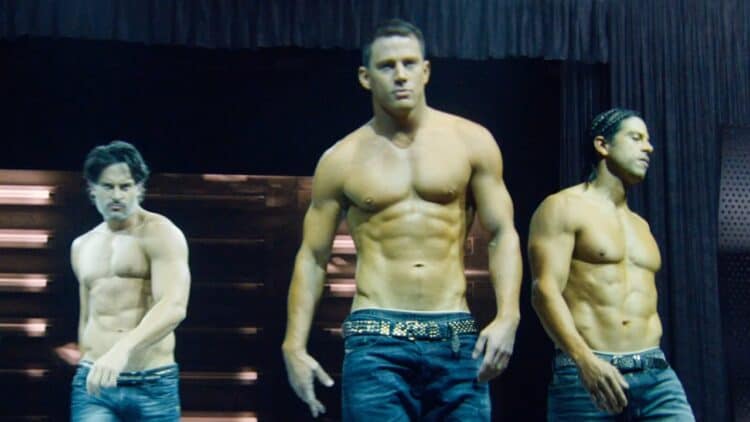 “Magic Mike” is a film that came out in 2012. It ended up being quite popular, largely because it involves individuals who dance at a male strip club. As a direct result, a lot of people really enjoyed the film, despite the fact that it doesn’t have much of a plot to begin with. All of that aside, some people also really like the soundtrack attached to it. It’s a soundtrack that’s a lot shorter than most, but if you’re interested in hearing it, you can look at the list of all 12 songs here, ranked from worst to best. If you’re intrigued, check out the YouTube link attached to the songs and listen for yourself.

Everybody’s familiar with the song. It’s one of the quintessential rock songs of the 1980s. Just like the title implies, the song is all about experiencing something for the first time. Of course, that something can be virtually anything, as music, like all forms of art, is subjective.

This is a bit of an odd song, mainly talking about having issues with the way that certain things are run. For the most part, the song talks about taking issue with the way that certain aspects of government are being operated. By itself, it doesn’t seem to make a lot of sense and in the context of film, it might make even less. The point is, there are people in the film who are trying to find rather unique ways of making money and struggling to make ends meet. Ultimately, this is a song that reflects their frustration at the way the system operates.

There’s probably not a lot of explanation that needs to be had here. Just like the title of the song implies, it’s all about having more money. If you really want to kick things up a notch, you can combine the song here with the one that’s mentioned in the above paragraph. Know that the song is talking about cash specifically, not just having more money. It refers to the desire to have cold, hard cash that may or may not be traced by certain government entities.

There isn’t a person alive that doesn’t want to have enough money to live a comfortable lifestyle, whatever that means to them. The movie talks a lot about excess. Everyone wants a bigger house, a nicer vehicle and loads of cash to flaunt as they see fit. That’s exactly what the song is about.

8. Gimme What You Got (Black Daniel)

You would probably expect to find this particular song in a movie about male strippers. After all, the song is all about men practically raining down out of the sky, so it only makes sense that it would be included in the film.

This is definitely one of the more original songs for the film. It’s also performed by one of the film’s stars, as you can see in the notes. The thing is, some people don’t necessarily consider this particular individual to be terribly well versed when it comes to being able to hold certain musical notes. As a result, the song itself is a bit odd and seems almost ill prepared. However, it’s actually in place to show viewers the devil-may-care attitude of this person’s character. In the film, he seems to just do whatever he wants without a care in the world, and the performance of this song accurately shows that type of demeanor.

This is a rather interesting song that parallels the engine of an automobile with the soul of an individual. It uses the parallels of having an engine that doesn’t run especially well because it’s being choked from fuel to express how a person who is living an unfulfilling life will eventually become a shell of their former selves.

Again, there’s not a great deal of explanation that really needs to go along with this particular song. It is very self-explanatory in the title and it also fits very well on this particular film. It’s definitely not a song that people hear a lot, so the only opportunity you have to listen to it might very well be on the soundtrack.

As the film progresses, there is a lot of talk about excessive drinking and drug use, some of which is actually depicted in the film. This is the song that goes along perfectly with these types of scenes, making things seem a little bit more out of control than they might otherwise. Of course, the song itself can be used for a variety of different things but it works especially well in this particular context.

This is a song about truly living in the moment. It’s one about having dreams and actually seeing them through to fruition. It talks about letting all of the doubts and fears fall away so that you don’t only enjoy what’s in the moment, but so that you also have the courage to go after the things that you want to do without spending too much time in your head and failing to live up to the promises you’ve made yourself.

This is a song about more or less hitting rock bottom and discovering that you have no choice but to start clawing your way back up. It talks about needing to clear your mind and get rid of all of the clutter in your life so that you can focus on finding a way out of that darkness and getting back into doing something healthier for you and those around you.