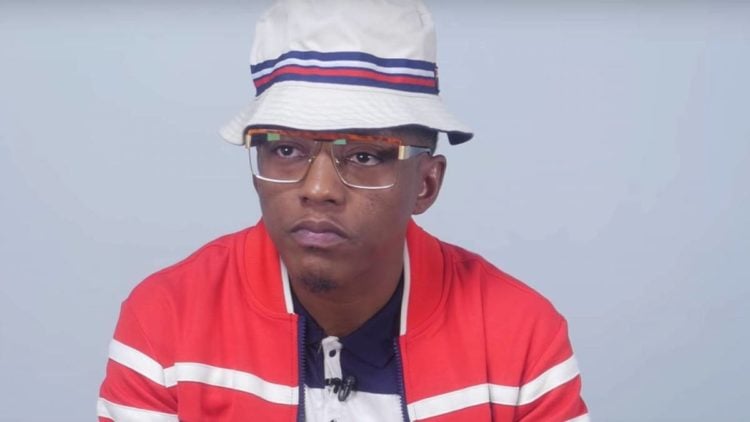 If you were a hip-hop fan in the early 2000s, then you probably remember when Cassidy had the rap game in a chokehold with his hit single, “Hotel”. Released in the fall of 2003, the song quickly became popular for its catchy hook and Cassidy’s smooth bars. In 2005, Cassidy released his sophomore album, “I’m a Hustler” which spawned the hit single of the same name. The song became one of the first songs to become certified platinum as a ringtone. However, after his second album, Cassidy’s momentum began to die down and he faded away from the spotlight. Even though his commercial success had disappeared, he was still widely respected in the battle rap scene. Now, Cassidy is back in the spotlight after releasing a diss track aimed at Tory Lanez.

If anyone has wondered whether or not Cassidy still has it, I think he’s made the answer to that question very clear.  Keep reading to learn 20 things you didn’t know about Cassidy.

1. He Has East African Roots

Cassidy was born and raised in Philadelphia and he’s always been proud to represent his city. Little is known about his upbringing or his parents, but we know that his mother is of East African heritage. Some of the countries in East Africa include Kenya, Ethiopia, and Madagascar.

Things in Cassidy’s life haven’t always been smooth sailing. In 2005, he was arrested and charged with attempted murder among several other things. The following year, he was tried and convicted for multiple things including involuntary manslaughter.  Cassidy was sentenced to 11 to 23 months in prison. There’s no doubt that this incident had a negative impact on his career.

There was once a time when music was the most important thing in Cassidy’s life, but now it’s his family that takes top priority. Cassidy is a very proud father and he loves spending as much time with his children as he can. It’s unclear whether or not Cassidy is married.

4. He Almost Died In A Car Accident

The mid-2000s were very rough for Cassidy. Not long after his legal troubles, Cassidy had a near-death experience when he was involved in a very serious car accident which left him with a fractured skull and permanent scars on his face. Cassidy also had to be put into a medically induced coma for more than a week.

Even though Cassidy has dipped his foot in the acting pond, it doesn’t appear that he’s ever had any interest in launching a serious career as an actor. Cassidy made his acting debut in 2009 in a movie called Next Day Air which starred Donald Faison and Omari Hardwick. To date, that is his only acting credit.

6. He Would Love To Battle Eminem

Cassidy has always been a competitive person and battle rap has been his favorite way to let that side of himself show. He doesn’t just want to battle anyone, though. During an interview with Hip Hop 24×7, Cassidy said, “Any battle rapper that you will bring up I’m not gonna feel, like not taking anything away from battle rappers but I just felt like I accomplished more than any other battle rapper. I would get excited about somebody like Eminem, definitely, I want that.”

7. He Doesn’t Have Any Personal Issues With Swizz Beatz

When Cassidy started his career, he was signed to Swizz Beatz’ record label, Full Surface. The two eventually parted ways, but not for the reasons many people though. Cassidy explained the split in an interview with Revolt. He said, “I wanted to go in a different direction than he was going in. We didn’t agree in the direction that we wanted to go in for my career, so we just decided to part ways and just go in different directions. But, it’s all love, it was never no [personal] issues.”

Even outside of music, Cassidy has always been about his business. That’s something that hasn’t changed over the years. He is now part of a CBD business called Goat Gang CBD which sells a variety of CBD products including gummies, tinctures, and topical ointments.

9. He Recorded His First Album In A Little More Than A Month

Making an album is typically a fairly long process which is why lots of artists don’t put them out very often. However, when it came to his debut album, Cassidy was able to get the whole thing done in four and a half weeks. Cassidy told Rap Views that he recorded 30 songs during that time.

One of the biggest things that has changed since Cassidy entered the game is the internet. These days, social media is incredibly important and that’s not lost on him. Cassidy has a YouTube channel called Cassidy Bars is Back TV. He currently has 185,000 subscribers and almost 100 million views.