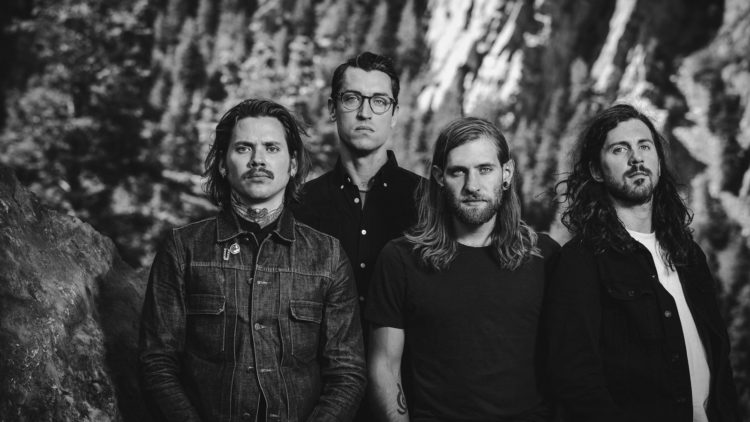 There’s always been a lot of talk about Christian metal bands. I remember my friends parents questioning what we were listening to and certainly didn’t believe they were Christian bands. With elements like screaming and other heavy metal inspired riffs and drum patters, it’s no wonder they didn’t believe us. However these bands stay true to their religious upbringings by incorporating religious related lyrics, art and not swearing. Below, we’ll go over 8 Christian metal bands worth checking out you’d never tell they were anything more than metal.

Underoath may be one of the older Christian metal bands still on the scene with a few lineup changes but they still solidify the genre while experimenting with every release. Several genre changes have still kept the band within the metalcore genre overall as a Christian metal band.

August Burns Red is a band that certainly never feels like a Christian metal band. With their incredible riffs and insane drums in every single song from the first album to their newest release. August Burns Red is also known for releasing alternate versions and variations of their songs. These alternate versions of their songs can be found in the form of acoustic, reprises, and remixed songs as well as midi versions.

For Today is a very heavily Christian based metal band, keeping their faith at the front of their music for the entirety of their career. From song titles to albums titles and lyrics throughout each and every song the band has never stopped showing their Christian faith. One of the heavier bands on this list, For Today even has an album with spoken word segments turning the album into a concept album. Certainly strengthening their presence as a staple in the Christian metal scene.

Haste The Day have also seen several lineup changes but the band members have appeared on stage together for a live recording featuring both lineups the band has had. This is yet another band with heavy Christian elements throughout most if not all of their music.

Gwen Stacy is a Christian metal band that is very outspoken in their music about their religion. The band takes their name from the Spider-Man comic character of the same name. Gwen Stacy, like most of these bands that has had member changes, has also drifted away in sound from their Christian roots but remained a Christian metal band.

Fit For A King

Fir For A King, compared to the other artists, are fairly new to the scene having just gotten more popular over recent year. Since Ryan Kirby joined the band in 2010, all album releases since then have had a sort of cult following. Since joining the band, the singer has brought Fit For A King to a new level with his combination of clean and unclean vocals. Fit For A King truly deliver a chilling experience with their music. While Christian elements are too much at the forefront of their music, it can be noticed at times.

While all of these bands are Christian metal bands and you may hear the influence of the religion in their music, as a man of no religious background, I can say these bands are absolutely worth checking out and judging for yourself just how surprising these bands can be.