Home
Lists
Is It Possible Nirvana Ripped off Boston’s “More Than a Feeling?”
Prev Article Next Article 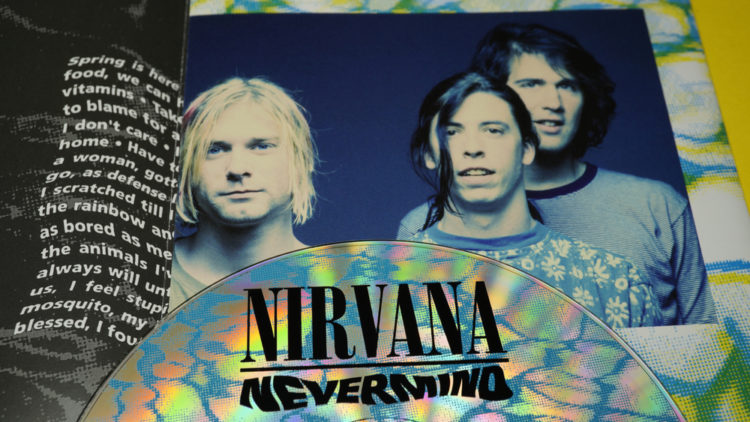 Nirvana became a group in 1987. Even though the group’s career was short, they left an indelible mark on music history. In 1991, they released “Nevermind,” an album that defined that many feel defined the Seattle grunge music era. While still in Aberdeen, where the group started, they also dominated underground postpunk. The group’s first album was on the independent label Sub Pop. However, once they signed with Geffen, Nirvana’s career skyrocketed. The instrumentation composition, an eclectic blend of heavy drums and guitar alongside angst-ridden lyrics, was easily relatable by teens in the early to mid-nineties. One song, in particular, became iconic; “Smells Like Teen Spirit.” In an interview with NME, Dave Grohl talked about writing the song. One thing he talked about was how Cobain came up with the guitar riffs, “those muted, stabbing strums in-between the chords really lent the pattern of the drum riff.” During this time, Nirvana was writing a large number of new songs. However, Dave Grohl never saw the stratospheric popularity brewing. They focused more on songs like “In Bloom” and “Lithium.” In Grohl’s own words, “we just thought it was another cool song for the record.” Never mind the fact that its origins seem almost preposterous. Kurt Cobain and his girlfriend at the time were in a store and saw a bottle of Teen Spirit deodorant and started discussing how teen spirit smells. Later she wrote on Cobain’s forehead while the singer slept, “Kurt smells like teen spirit.” Grohl discussed other aspects of the song, including Nirvana’s influences, primarily the Pixies. However, some believe that the group pulled a little too much from another group; Boston.

In a flashback article, Rolling Stone reporter Andy Greene wrote about Cobain’s thoughts on the riff and how he even the idea it sounded similar to Boston. The singer thought it sounded similar to Boston and the song “Louie Louie.” He even said he didn’t think it sounded like anything unique. Bassist Krist Novoselic even said, “that is so ridiculous.” when referring to the guitar riff. Many fans also heard the similarity to “More Than a Feeling” even though the two songs were in different keys. Later at Reading Festival in England. After Nirvana played the open bars of the song, Novoselic and Grohl sang the chorus to “More Than a Feeling.” Antony “Dancing Tony” Hodgkinson, the drummer for Bivouac, danced around. After less than a minute, Novoselic started singing another line from the song, “I see Marianne walk away.” Finally, Cobain interrupted the craziness wanting to sing the actual song.

If Nirvana did or did not pull from the Boston song never affected Tom Scholz, who once commented he didn’t know much about Nirvana’s sound or catalog. He mused on whether or not the group used the riff to add a little more anti-establishment to their image or truly loved the song and wanted to add the interpretation as a tribute. According to Rolling Stone, he said: “Regardless of what the context was, it’s an honor to be heard in the same airspace as Nirvana.” Looking back at chart history, in 1976, “More Than A Feeling” was number 5 on Billboard’s Hot 100, whereas “Smells Like Teen Spirit” only made it to six in 1992. Although Nirvana’s song ranks number 2 on VH1’s Greatest Hard Rock Songs of All Time, Boston’s song only made it to number 39. Nonetheless, both songs are iconic in the annals of rock history. According to Ultimate Classic Rock, in 1994, Scholz talked about the similarities saying, “I take it as a major compliment, even if it was a completely accidental.”

Soundgarden frontman Chris Cornell once said, “Stone Temple Pilots, Bush, and Silverchair are taking the simplest elements of Soundgarden, Nirvana, and Pearl Jam and melding them into one homogenous thing.” Even though many groups like Nirvana and Boston helped define their respective rock decades, both groups undoubtedly had other musical influences that spurred their talents. Guitar riffs are fundamental to any song, and each one plays off another. So, even if one sounds much like another, a simple distortion or slight change will create something fresh and new. Moreover, dissecting songs allows fans and up-and-coming musicians to reach the genesis of the song. “Smells Like Teen Spirit” isn’t the only Nirvana song with striking similarities to another song. According to Guitar Guitar, “Come As You Are” has more than a passing resemblance to Killing Joke’s song “Eighties.”

Unlike Boston, the group took the matter to court. Nothing ever came of it since Cobain died before the case was in court. The two songs are significantly different, but the guitar riff is “an almost direct rip of Geordie Walker’s stomping riff from a few years earlier.” Nirvana isn’t the only grunge band to make Guitar Guitar’s list. Pearl Jam’s song “Given to Fly” sounds a lot like the Led Zeppelin song “Going to Calornia.” Interestingly, the article also noted a band that pulled heavily from their own material, Audioslave. The group’s song “Cochise” sounds extremely similar to a later recording, “Your Time Has Come.” After Nirvana released “Smells Like Teen Spirit,” many artists covered and reimagined the song. Weird Al Yankovic recorded a parody titled “Smells Like Nirvana,” and Richard Cheese turned it into a lounge song on his album Back in Black Tie. Sleater-Kinney, another famous grunge band from Seattle, sang “More Than A Feeling.”

Even though “More Than A Feeling” is a classic rock anthem, “Smells Like Teen Spirit” defined a generation. Even though none of the group members thought the song was great and only added it as filler on “Nevermind,” producer Butch Vig saw the power in the words and music, even equating it to the social revolution some of Dylan’s songs created in the 1960s. Many who grew up in the 90s will undoubtedly feel nostalgia when hearing the music but may never have listened to the Boston song.