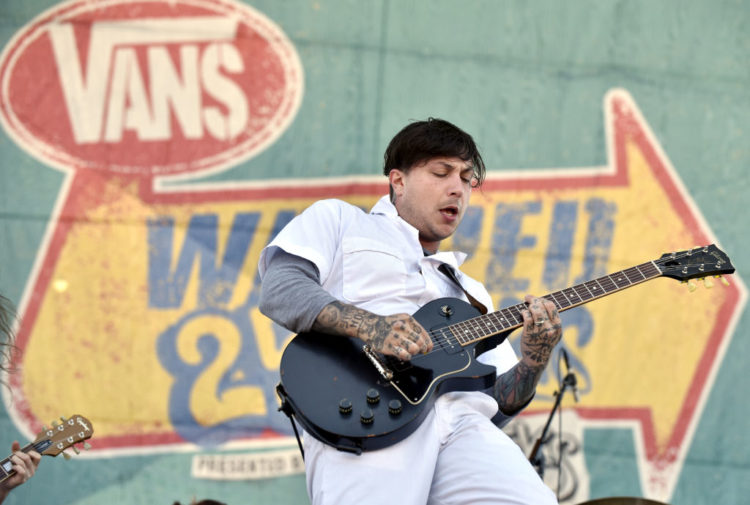 Frank Iero rose to fame as the guitarist of My Chemical Romance, one of the seminal bands of the 2000s. The band disbanded in 2013, only to secretly reunite in 2017 and embark on a world tour in 2019. In the years between, Iero has forged a successful career with his solo project, Frank Iero And The Future Violents. Find out more with these 10 things you didn’t know about Frank Iero.

1. He hates the public

As a member of one of the biggest bands of the 2000s, you’d expect Iero to love (or at least be used to) a bit of public adulation. He doesn’t. In fact, he doesn’t seem to like the great unwashed much at all, something that probably hawks back to his pre-fame days as a cashier at a supermarket. “(It) taught me just how disgusting people can be!” he’s recalled. “There were these ladies who’d always come up to my till at the supermarket, and they would hand me banknotes they had in their undergarments. They’d be all wet, which was just horrible…”

Frank Iero has problems. Unlike a lot of rock and rollers, they aren’t caused by drink, drugs, or unresolved traumas from his childhood. They’re health problems, and they’ve blighted the star since he was a kid. According to IMDb, he suffered from the Epstein-Barr virus during his school days, a fairly common disease that attacks the immune system and can lead to a host of nasties like mono. The virus left him vulnerable to bronchitis and frequent ear infections, both of which landed him in hospital on more than one occasion. These days, he rarely suffers from either, but he still has a number of food allergies (including an intolerance to lactose) that keep his health and diet top priority.

Iero was born in Belleville, New Jersey. He was a bright kid, and managed to do well enough at school to win a scholarship at Rutgers University. But good grades and a promising career at the 9-5 didn’t satisfy him. When he joined up with the rest of My Chemical Romance in 2002, it spelled the end of his academic career. He dropped out of school, started touring full time, and hasn’t looked back since.

4. He had a near-death experience

In October 2016, Iero came close to meeting his maker when a bus hit him as he was unloading his own bus for a gig. The bus dragged him around 10 feet before his publicist managed to free him. Thankfully, Iero escaped with no more than a few superficial injuries, but it still gave him pause for thought. “I got the sense of, ​‘What if I didn’t make it and what’s going on right now is just my brain waves continuing?’ ” he’s since said. ​“That maybe this is what the afterlife is, it’s us just setting up another world for us to go through. And then you look for evidence to prove yourself correct or not insane. It’s getting warmer and we have an antichrist for a president and all these things start to happen and it’s like I’m on the wrong side of things. So maybe I’m not in heaven, I’m in hell — or maybe I’m in purgatory.”

Having a tattoo or two isn’t a big deal these days, but Iero has a lot more than that. His body is littered with etchings, all of which have a deep and significant meaning – to him, at least. According to Wikipedia, some of his most notable tatts include the logos for the bands’ Black Flag and The Misfits, a matching ‘revenge’ tattoo with James Dewees that was inked by none other than the legendary Kat Von D, a Frankenstein monster, and a couple of sweet portraits of his grandmothers and grandfather,

6. He’s known as Paco to his family

Some celebrities want the whole world to know everything they do, every time they do it. Iero isn’t that kind of celeb. He’s happy enough for us to get to know him via his music, but his personal life is off-limits. He doesn’t spend his life on social media and he’s notoriously cagey about revealing details about his life in interviews. That doesn’t mean we don’t know anything about him though. One of the key facts we’ve learned over the years is that his name isn’t Frank… or rather, it is, but no one in his family calls him that. According to Kerrang, so many of his immediate relatives are called Frank, everyone just calls him Paco (the Spanish name for Frank) instead. His dad (another Frank) goes by Cheech, the Italian version of the name:

7. He’s experienced the wrath of the MCR community

There’s no denying that My Chemical Romance touched a lot of people’s lives. When they broke up in 2013, a lot of folk got angry…. and not in a way they were prepared to keep to themselves. When Iero and MCR’s keyboard player James Dewees had the audacity to start a new band in 2013 (the short-lived digital hardcore act Death Spells), some MCR fans could barely contain their rage. A few of them even felt compelled to send a bunch of hate mail in the post. The response was so vitriolic, the duo decided to shelve their debut album for a full three years.

8. He’s got plenty of regrets

Edith Piaf may have gotten famous for boasting “Non, je ne regrette rien,” but Iero sings from a different hymn sheet. Not only does he have regrets, he thinks they’re healthy. “I think people should have regrets – many of them,” he’s said. “People should get hurt and have scars and hurt people and feel bad about it. That’s the only way you can grow as a person. I sit up long at night thinking about things that I’ve said or done – it could be something as silly as not putting a song out when I could have, or yelling at one of my kids when I could’ve been a little nicer about it. You’re able to learn from every one…”

Growing up, Iero had two ambitions: being in a band and making monster movies. The two might seem worlds apart, but he’s actually managed to accomplish both. Obviously, the band part needs no explanation, and if you know anything about Iero’s post-Chemical Romance career, the monster movies won’t either. In case you don’t, Iero got to exercise his demons (quite literally) in the monster-laden video to Weighted, the debut single of his solo project, FrnkIero and the celebration.

In 2007, Iero took himself off the market when he said “I do” to his long-term girlfriend Jamia Nestor. Since then, the couple has welcomed two twin girls, Cherry and Lilly, and a son called Miles. 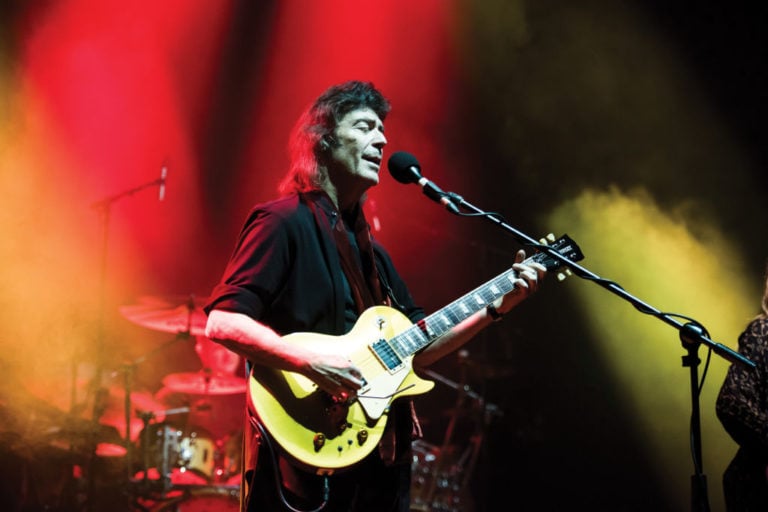 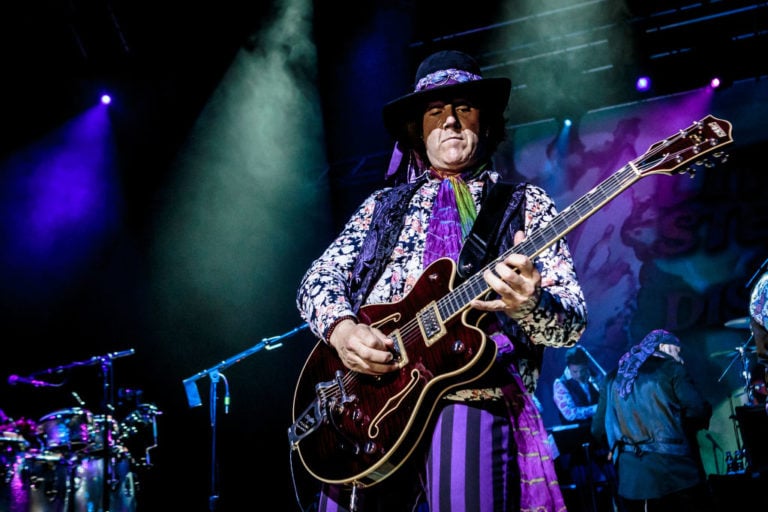 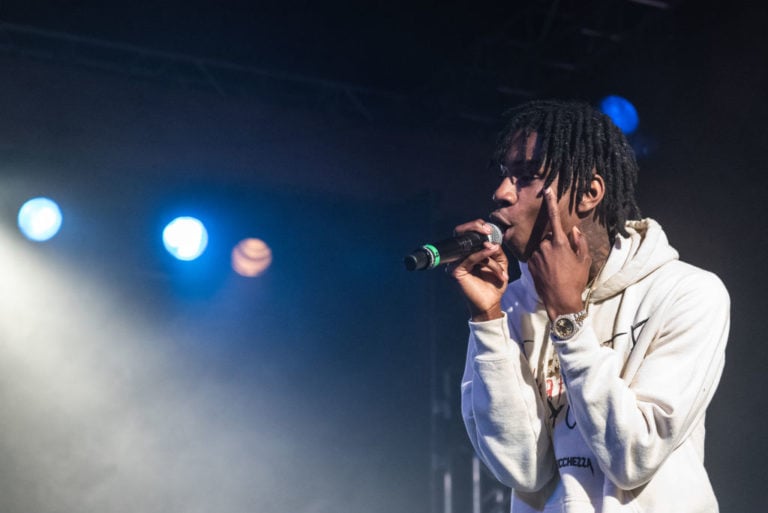 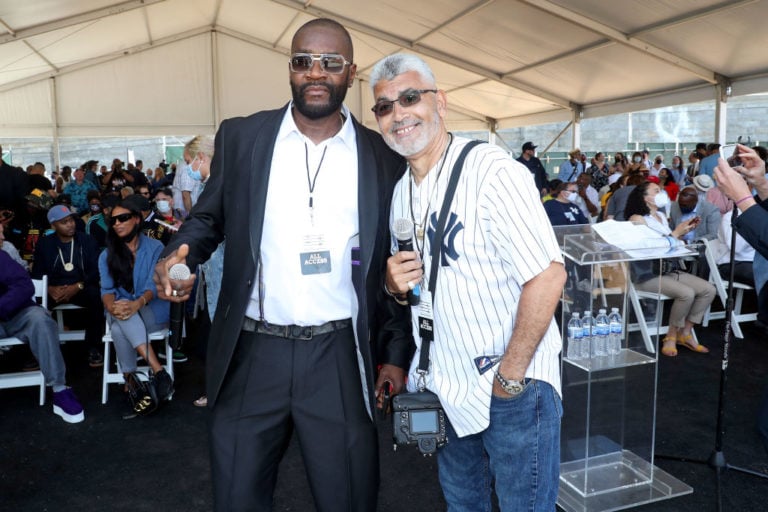