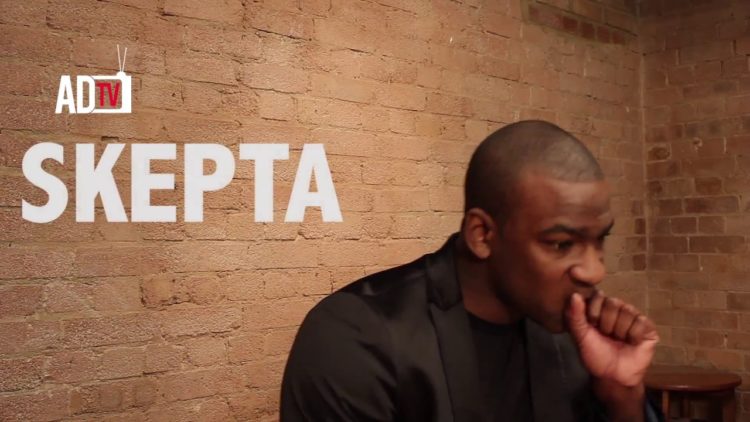 For the last 20 years, Skepta has been sharing his love for music with the world. He began his career as a DJ, and eventually transitioned into performing his own music as a rapper. In recent years, he has become one of the most famous rappers in the UK and his style and lyricism are among the best. So far in his career, he’s even gotten to work with some of the most well-known people in hip-hop including Drake. In addition to his success as an artist, Skepta has also gotten a lot of attention for his alleged relationship with singer, Adele. Although neither of them has confirmed that they’re an item, the gossip sites have already run wild with this information. Keep reading to learn 10 things you didn’t know about Skepta.

1. He Has Nigerian Roots

Skepta was born and raised in England, but his parents are originally from Nigeria. During an interview with TimeOut, Skepta said, “As a Nigerian growing up in London, going out of the house was like visiting another planet. I’d see people tell their mums to “shut up” or to “f**k off”. If I ever even said “no” to my mum – just “no” – I’d be finished!”

2. He No Longer Feels The Need To Be Seen

Early in his career, Skepta used to wear all kinds of bright colors and patterns because he really wanted to be noticed. These days, however, he’s far less concerned with that. He told GQ, “I started to grow and express myself in my sound and once people started listening I just became more reserved and minimal in my style”.

In the summer of 2018, Skepta took to social media to reveal that he was expecting his first child. At the end of the year, he welcomed his first child: a little girl named River. Even though Skepta is a very proud father, he doesn’t post photos of his daughter very often. This is likely to protect her from all of the negativity that can come with being in the spotlight.

Skepta has gotten to collaborate with lots of big names throughout his career, but not all of them have been attached to the music industry. He has also done some modeling which gave him the chance to work with legendary supermodel, Naomi Campbell in a campaign for Mains.

5. He Considers Himself To Be An Activist

Rapper is probably the first word that comes to most people’s minds when they think of Skepta. However, that’s not the word he would use to describe himself. While talking to TimeOut, Sketpa said that he sees himself as an activist and not a rapper. This, of course, informs the type of music he likes to make.

Most of us are used to celebrities sharing a lot about themselves, but that has never been Skepta’s style. Throughout his career, Skepta has been very careful about what he’s shared with the public. He is definitely the kind of person who likes to keep his professional life separate from his personal life.

7. He Loves All Kinds Of Music

Some people would expect a hip-hop artist to only listen to hip-hop, but Skepta sees the beauty in all music. While talking to i-D, Skepta said, “I listen to everything now. I used to hear songs when I was younger and judge them. I’d think, okay, I don’t look like that or dress like that or talk like that, so I don’t like that music. But as I’ve grown…everything’s a drop in the ocean now.”

We’ve all heard the saying “you are what you eat” and while that isn’t meant to be taken literally, it’s a good reminder that the things we put in our bodies can really impact us. As a result, Skepta has chosen to remove meat from his diet although he still eats dairy. We aren’t sure what caused Skepta to become a vegetarian.

Whenever you put a lot of time and hard work into something, it’s always nice to know that your dedication is being noticed. Skepta can rest assured that what he’s put into his career has been recognized by many. Skepta has won several awards over the years including a BET Award in 2016 for Best International Act: UK.

10. He Would Love To Work With Adele

While the rumors of a romantic connection between Adele and Skepta may or may not be true, one thing is for sure, Skepta would love to build a professional connection with her. He hopes that one day the two will be able to collaborate on a song and I think it’s safe to say that their fans would love that, too.