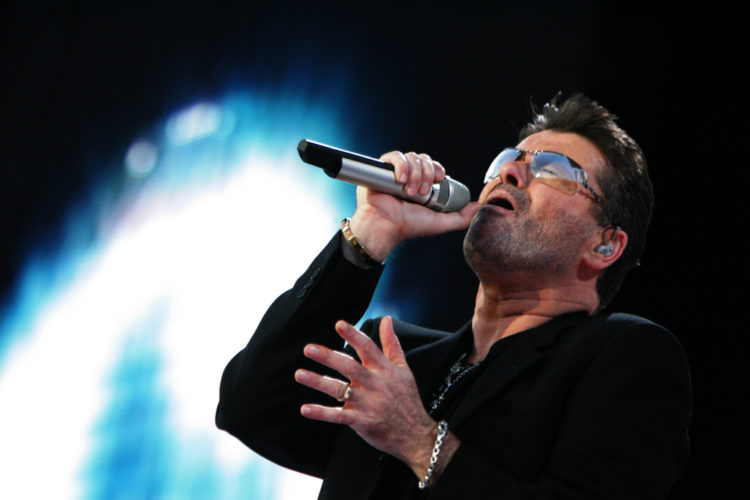 George Michael is easily one of the world’s most popular singers. Over the years, he created some of the world’s most well-known songs. Sadly, he passed away in 2016. Despite that fact, he is still considered to be one of the most influential musicians to have ever performed. During his career, which spanned from his first album in 1987 until his death in 2016, he only produced five studio albums. That said, they are often considered to be five of the most revered albums ever created. Even today, his songs are routinely featured on the radio. He remains a prominent figure in the music industry, even though it has now been five years since his death. Below are all five of his albums, ranked from number five all the way to number one. Don’t worry, there are also YouTube links to each album. That way, you can listen at your pleasure in order to relive some of your favorite music or perhaps even find a new song that you can’t wait to share with someone close to you.

This was the third studio album by the singer, released on the 13th of May, 1996 by Virgin Records in Europe. Aegean Records released the album one day later in the United States. DreamWorks was also associated with its release. As it happens, this was the first album ever released by Dreamworks Records. The album incorporated genres such as jazz fusion, contemporary R&B, dance pop, jazz, soul music and pop music. Recorded at Sam West in London, the album is just over 58 minutes in length. It was produced through a collaborative effort between George Michael and Jon Douglas. There are 11 tracks on the album. Astonishingly, six of those 11 tracks became singles. Perhaps the most popular song from this particular album is “Jesus to a Child,” which was released on the 8th of January, several months before the album’s official release. 1.8 million copies of the album were sold in the UK, along with an additional 881,000 copies sold in the United States.

This was the singer’s fourth studio album, released on the 6th of December, 1999 by Aegean Records and Virgin Records. It was produced through collaboration between George Michael and Phil Ramone. This album stands out because it was the only time that George Michael covered other people’s songs throughout the entire album, which prominently features the jazz genre. The album was nominated for a Grammy award for best traditional pop vocal album. There are plenty of popular jazz songs that have become standard throughout the genre over the years. In addition, many of those songs were interpreted in rather new and innovative ways. The album is just over 43 minutes in length and includes 10 tracks. More than 3.6 million copies of the album were sold worldwide.

This was George Michael’s fifth and last studio album. It was released on the 15th of March, 2004 by Sony Music Entertainment UK. It incorporated genres such as dance music, dance pop, soul music, pop rock and pop music. The album was nominated for the Echo Award for best international rock/pop male artist and it incorporated 14 songs, six of which became singles. The album was largely applauded by critics, receiving a 60 out of a possible 100 Metacritic score. It was also praised by many other critics. It is interesting to note that this was his last album, yet he remained active as a performer up until his death 12 years later. That is largely because he had made the decision that he wanted to have fans purchase his music exclusively through digital downloads moving forward, with all of that money made from those purchases being donated to charity. As such, this was the last time that the singer made any money off of an album that was not donated to a charitable organization. Worldwide, the album has sold more than four million copies.

This was Michael’s second studio album. Released through Columbia Records on the 3rd of September, 1990, it marks the last time that the singer would collaborate with Columbia until 2004. In the UK, it was released in conjunction with Epic Records. The album is 48 minutes in length and includes genres such as rock, pop and R&B. It was recorded at Sam West and Metropolis in London. There are 10 songs on the standard edition and an additional two songs on a special MTV Unplugged Edition. It’s also interesting to note that the MTV Unplugged Edition could be upgraded to a deluxe edition which features a total of 16 songs instead of 12. Furthermore, there is a separate disc that incorporates another four songs. Out of the numerous songs that came from this album, six of them became singles. Among the most popular songs are “Freedom! ‘90” and “Cowboys and Angels.” There have been over eight million copies of this album sold worldwide. Slightly more than one million of those copies were sold in the UK alone.

This marked the singer’s debut studio album. It was released on the 30th of October, 1987 through both Columbia and Epic Records. It included several different genres and featured nine songs on the standard edition with an additional two songs that were offered as bonus tracks on the CD. There were seven singles released from this album alone. Not surprisingly, the most popular one has become the song entitled “Faith,” which was released on the 12th of October, 1987. This is a song that has become synonymous with the singer over the years, and it is still one that sees a rather significant amount of airtime on radio stations in various countries. As far as the album itself is concerned, more than 20 million copies were sold worldwide, with 1.3 million of those copies being sold in the UK.