HBO has released the first trailer for Chernobyl mini tv-series.

This is a five-part series based on the 1986 explosion at the nuclear power plant that bears the name. The tragedy is happening at that time was a long time. Millions of people suffered from this incident and lost their lives. Here is the official synopsis about this series: “On April 26, 1986, the Chernobyl Nuclear Power Plant in Ukraine, Soviet Union suffered a massive explosion. And that released radioactive material across Belarus, Russia, and Ukraine and as far as Scandinavia and western Europe. 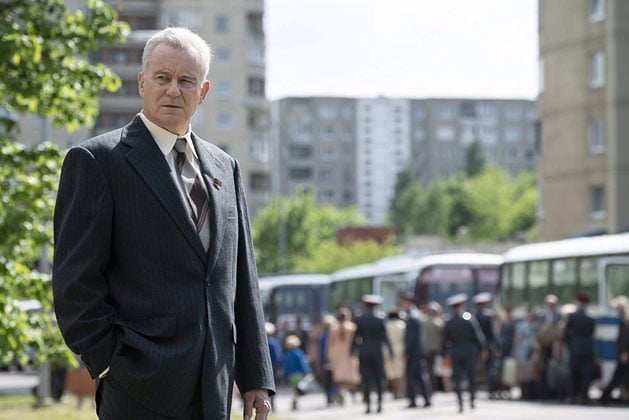 Jared Harris portrays Valery Legasov, a leading Soviet nuclear physicist. As part of the response team, he was one of the first to grasp the scope of the unparalleled disaster that occurred. Stellan Skarsgård plays Soviet Deputy Prime Minister Boris Shcherbina, who is assigned by the Kremlin to lead the government commission. Chernobyl in the hours immediately following the accident. Emily Watson portrays Ulana Khomyuk, a Soviet nuclear physicist committed to solving the mystery of what led to the Chernobyl disaster.”