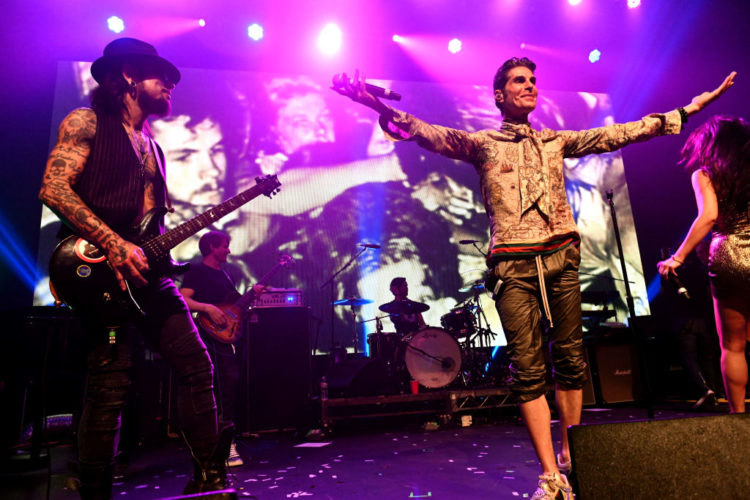 Jane’s Addiction became one of the most sought after bands in the late 1980s and early 1990s. The band was formed in 1985 and was part of the bands that shared the successful boom of rock music in the early 1990s. The band was formed by Perry Farrell, who was the band’s lead singer/frontman, bassist Chris Chanley, David Navarro who was a guitarist, and Stephen Perkins, who was the band’s drummer. The success of the band has been active on and off since 1985. Their main genres in rock music include alternative rock, neo-psychedelia, funk-rock and alternative metal. The band coined their name from Farrell’s experience with a housemate who had been addicted to drugs and had died from an overdose.

This is one of the longest songs released by the band. It is a ten-minute song from the 1990 “Ritual de lo habitual” album. It has been divided into three parts and deals with death and rebirth. The song was inspired by the death of Farrell’s girlfriend, who died of a heroin overdose. The combination of great vocals and cinematography in the song makes it one of the best songs produced by the band.

“Underground” is one of the songs that is characterized by unique cinematography that brings the story narrated in the song to life. Underground illustrates Farrell’s vocal strength and his ability to capture the emotions of the lyrics in the song. Like most of the other songs released by the band, it became a hit among the band’s US fans.

This is one of the slow songs recorded by the band. While it ends with a relatively upbeat vibe, it starts with a slow vibe that is often associated with melancholic romantic songs. The song uses the themes of a wedding ceremony and incorporates different rituals associated with weddings. Although it starts on a low note the guitars and drums become more pronounced toward the end of the song. “Classic Girl” peaked at number 15 in the alternative rock charts in 1991 when it was released as part of the Ritual de lo habitual album.

The song has an upbeat rhythm that screams “fun.” It represents the goal that the band had when they started making their music. While other musicians in the industry were focused on money, the band was focused on having fun. The song also has a punk vibe to it that could be linked to the kind of songs that were released in the 1990s. “Ripple” was released in 1991 as part of the Deadicated album. It peaked at number 13 in the alternative rock chart in the US.

“Mountain Song” was released as part of the “Nothing’s Shocking” album in 1988. It was the second single in the album and its origins were dated back to 1985 when it was written by the band before they started producing their songs. David Navarro displays his sharp guitar riff in the song. Although the song did not appear in any of the chart lists for the most played song in the US and in other countries, it is still a special song to fans of the band.

The beginning of this song is characterized by the unique use of conversational voice by the lead singer, which attracts the attention of listeners. This song was part of “The Great Escape Artist” album that was released in 2011. It is one of their recent songs that peaked at number 9 in the US.

This song marked the band’s first entry on the alternative songs chart when it was released. It is from the album “Nothing’s Shocking,” which was released in 1988. The song contains references to drugs and contains excessive use of steel drums. It’s a catchy song that fans of the band developed an instant liking to after it was released. It peaked at number 6 when it was first released and is still considered one of the band’s greatest creations.

“Stop” is another song that can be considered “Jane’s Addiction” greatest hit. The song was released as part of the “Ritual de lo Habitual” album in 1990. The song has a punk vibe that is combined with a metallic guitar, which brings in the classic hard rock vibe. It is the perfect song for metallic rock fans who also love punk. “Stop” peaked at number one in the US alternative airplay list. It has been used as the opening song for Boomer and Carton in the Morning show and has also been incorporated in different TV shows, films, and video games.

“Been Caught Stealing” was one of the songs in the album “Ritual de lo habitual” that stood out the most in 1990 after its release. It peaked at number one in the alternative airplay chart in the US, number 29 in Billboard’s magazine top mainstream rock, number 34 in the UK, and 24 in Ireland. The popularity of the song in the US and across Europe was based on its uniqueness in telling the story of people who shoplift by using fake pregnancy pillow and stuffing items in the pregnancy pillow. The band recently performed the song in a documentary concert film in 2020.

“Just Because” was released by the band in 2003 as one of the singles in the “Strays” album. The song peaked at number 72 in the Billboard Hot 100 songs in 2003. It also peaked at number one in the Alternative Airplay chart that ranks the 40 most played songs on rock music radio stations. “Just Because” also peaked at number 4 in the US mainstream rock. The song was hit in 2003 when it was released and continues to be one of the best masterpieces released by the band. Aside from the love the song received in the US, it was also appreciated by fans from other countries like Canada, where it was ranked at position 22 by the Canadian Singles Chart and number 14 by the UK Singles chart.

Jane’s Addiction is one of the best bands in the rock music industry, whose works placed rock music on the map in the 1980s and the early 1990s. Their songs continue to influence modern rock musicians. The growth of the band over the years and their commitment to rock music has contributed to their success.