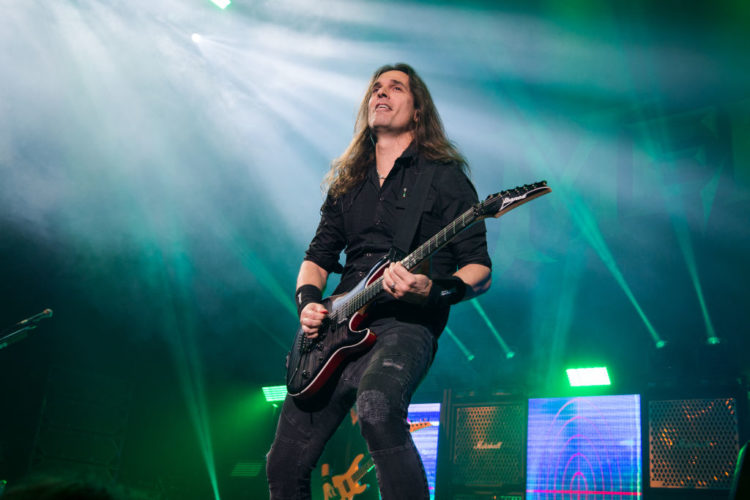 Loureiro was born in Rio de Janeiro, which is one of the most populous cities in Brazil as well as the Americas. It is interesting to note that said city has been the capital of more than one country. For those who are curious, the Napoleonic invasion caused the Portuguese royal court to retreat from Portugal to Brazil, where it remained from 1808 to 1821. Rio de Janeiro was its capital throughout that period, thus making the incident a rare example of a metropolitan reversal. Later, the city served as the capital of the Empire of Brazil and then the Republic of Brazil until the latter made the choice to transfer its capital to Brasilia in 1960.

Having said that, Loureiro was raised in Sao Paulo, which is even more populous than Rio de Janeiro. In fact, Sao Paulo is so populous that it is the single most populous city in not just Brazil but also both the Western Hemisphere and the Southern Hemisphere. World-wide, it is the fifth most populous city, beaten out by Tokyo, Delhi, Seoul, and Shanghai. As such, it should come as no surprise to learn that Sao Paulo is very cosmopolitan, being home to a wide range of people from Brazil and beyond.

3. Used to Listen to Music in the School Library

Perhaps unsurprisingly, Loureiro developed an interest in music at a young age. Different people express said interest in different ways. In Loureiro’s case, he used to spend a lot of time in his school library, which had a huge collection of music.

4. Started Learning the Acoustic Guitar at the Age of 11

In late 1992, Loureiro joined one of the acts that he is most associated with. In short, the Brazilian metal band Angra was founded by a trio of music students – the vocalist Andre Matos, the guitarist Rafael Bittencourt, and the guitarist Andre Linhares – attending the Santa Marcelina Music College in late 1991. Soon enough, the trio was joined by the drummer Marcos Antunes and the bassist Luis Mariutti. However, Linhares didn’t stick around for very long, with the result that he was replaced by Andres Hernandes, who in turn, didn’t stick around for very long either. As such, Loureiro joined Angra in late 1992.

Loureiro remained in Angra until 2015. In that time, he didn’t just play the guitar but also provided backing vocals as well as played the piano and the keyboard. Like a lot of long-running bands, Angra has seen significant changes to its lineup over time. For instance, out of the aforementioned lineup, the one member still involved is Rafael Bittencourt. Still, Angra’s success has more than cemented its status as one of the most influential Brazilian metal bands ever.

7. Has a Solo Career

Speaking of which, Loureiro has had a solo career for a long time. This can be seen in how he released his initial solo album No Gravity in 2005. On it, he played the guitar as well as a number of other musical instruments, while Mike Terrana provided the drums. Since then, Loureiro has released four more solo albums in 2006, 2009, 2012, and 2020. As such, it seems safe to say that Loureiro’s solo career is something ongoing rather than something that has stalled.

8. Now a Member of Megadeth

In any case, Loureiro departed Angra for the simple reason that he had the chance to join Megadeth, which is one of the best-known metal bands that can be found on the entire planet. Even by the standards of other long-running bands, Megadeth has seen a lot of lineup changes, so much so that it has 20 former members. Currently, its lineup consists of three individuals, with the other two being the vocalist Dave Mustaine and the drummer Dirk Verbeuren.

9. Found His First Megadeth Show to Be a Serious Challenge

It is interesting to note that Loureiro found his first Megadeth show to have been a serious challenge. In part, this was because he was still figuring out how to stay true to the way that previous guitarists played Megadeth songs while simultaneously playing them his way. However, there were a number of more mundane factors as well. For example, Loureiro had to master a great deal of material within a short period of time. Furthermore, it was raining on the day of the show, with the result that the stage was quite slippery while he was performing.

10. Has Played for Tarja Turunen

Besides Angra and Megadeth, Loureiro has also been associated with Tarja Turunen because he has played for her from time to time. For example, he participated in the recording of an album as well as an EP. Furthermore, Loureiro played for Turunen’s Storm World Tour in 2008. It is interesting to note that was when he met the Finnish musician Maria Ilmoniemi, with the result that the two have been married ever since 2011. Together, they have three children – a daughter named Livia who was born in 2011 plus a pair of fraternal twins who were born in 2016.