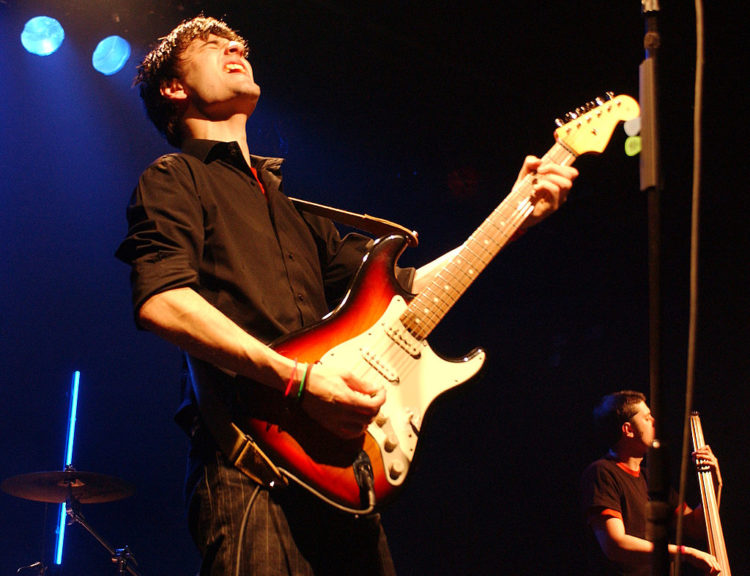 Morray sang in the church choir as a child, and although he has a beautiful voice, he never thought about taking up music professionally. He had a rough childhood, growing up with an absent father and a mother who had to work almost every hour; hence he barely had a relationship with them. The singer acted up in school probably due to the frustrations, and it is that tough life helping him create music that is winning millions of views on YouTube and streams on Spotify. He has come a long way, and here are few facts to help you know a bit more about him.

In his interview with XXL Magazine, the singer said that the first time he realized his music was going places was when he got 100,000 views. When he first put out his song, it got only 1,000 views, and he did not think it would blow up. However, one day while he was hanging out with his friends, he saw that it had gotten 100,000, and he broke down. Most of the songs from musicians in his neighborhood get at most 20,000 views, and he felt blessed for being the one to break the glass ceiling.

2. He Hopes to Be an Actor in Future

Morray does not want to settle for being a musician only. He intends to have fans see him as a well-rounded entertainer, which means exploring all his capabilities that include acting. Most people do not know that he is a scriptwriter and was in a short film “Something’s Got to Give” that was filmed in Spring Lake, North Carolina. As he waits for his big break in acting, the musician focuses his energy on writing screenplays because he enjoys making up characters and scenes.

3. The Phone Call That Changed His View about His Music

When Morray released “Quicksand,” he did not think it would become a hit because people are used to hearing fantasy stories, yet his real-life experiences informed his lyrics. So maybe when he saw it only got 1,000 views, he expected it. Morray did not anticipate a call from Moe Shalizi, who watched the video and loved it. Shalizi called Morray’s wife and told her that he would push her husband as far as he was willing to go. At that moment, the singer knew that he had what it takes to become a star if Shalizi believed in him.

4. He Had Given Up on His Music

If you enjoy listening to Morray’s music, you can thank Shalizi for making the singer believe in himself again. By the time the talent manager stepped in to help him with his music, Morray had given up and did not want to record again. After saving up for years to make enough money to afford studio time and filming videos, his efforts were not yielding any fruits. He had already been fired from his call center job for taking too much time off to perform. So after paying for studio time and not getting anything in return, Morray did not have any money to maintain his family.

5. His Wife Inspired Him to Write “Quicksand”

According to Passionweiss, Morray had begun writing other tracks, but they were only good for his eyes. His wife saw beyond what he was trying to preach through his songs, saying it was generic content. She told him that most musicians have sung about women and weed, and people are not keen to hear it anymore. Instead, he should sing from his own experiences because the lyrics would tell the public who he truly is, and he listened to her. He went to the bathroom and, while smoking some weed, wrote “Quicksand.”

6. He Thought He Would Become a Pastor

Morray told Complex that he already thought he would grow up to become a pastor because people prophesied it for him at the age of four. He, therefore, tried his best to fulfill these prophecies, but he realized he did not have what it takes to be a preacher. Instead of giving up on it, he chose to preach by singing about positivity. Given the success he has gotten from his music, he believes God is pleased with him.

Morray had not planned on starting a family young, but he got a girl pregnant at 19. He had grown up with an abusive father who was mostly absent, and the singer did not want the same for his child. So even if he was not ready to be a father, he took responsibility and married the girl who remains his wife to date. He wanted so much to provide for his family that he immediately took up a job in construction. Today, he is a proud father of three.

8. He Was a Bright Student

If you have listened to “Dreamland,” you have heard Morray saying he was smart but let his mind go to waste. It is a line that refers to how he used to get A’s and B’s even though he rarely attended classes. However, his behavior at school was not as good; he head-butted his teacher and was jailed for 1.5 years.

9. His Favorite Teacher as a Kid

Despite his truancy and bad behavior in school, Morray recalls that one teacher, Mr. Maz, always looked out for him. The science teacher tried to keep the singer out of trouble. According to Morray, the school he was enrolled in had rough teachers, so whenever Mr. Maz saw that Morray was about to get into trouble, he would pull him aside and try to distract him.

10. Hes Determined to Not Be Materialistic

Morray told Billboard that the jewelry he wore was a gift and he would never buy that kind of stuff because that is not who he is. Instead, he plans on spending his money buying gifts for his wife and daughter and a new family home. In another interview, he said he would not want to buy a million-dollar chain; all he wants is to be the best father, husband, person, and artist. He would not let money change that.