Slipknot frontman Corey Taylor said he preferred people to listen to his music just like the old days. According to him, people should buy the album, read the lyrics, and also look at the artwork. He then explained why he thought that way, which led him to talk about Metallica suing Napster back in 2000. Corey Taylor showed his full support for Metallica for that instance.

Here’s what Corey Taylor had to say during his appearance on Steve-O’s Wild Ride show.

He was first asked about the way he preferred people to listen to music. After explaining it, Corey Taylor explained why:

It’s kind of weird, it’s kind of hard – because, in this day and age, it’s really hard to know which ones of the fucking streaming services actually compensate the artists that they’re ripping off.”

He went on to explain he did not care that much anymore:

“It’s more important for me that people listen to the music at this point. I’ve kind of made peace with the fact that there are various services, who are just kind of screwing us.

And until the legislation is actually enforced, which they passed under Trump – which I couldn’t fucking believe – they’ll keep charging us at that rate. But they’ve appealed that legislation. I don’t think the appeals will actually go through. They will raise the rates, and musicians will be able to make a living off their recordings again.”

“I remember everyone giving Lars so much shit ’cause of that, and he was so right on so many fucking levels, dude. It’s scary. And I wonder how many people look back and eat a little crow because of that…

Cause he knew – he knew that this was the direction we were going.”

You can also watch the full episode below! 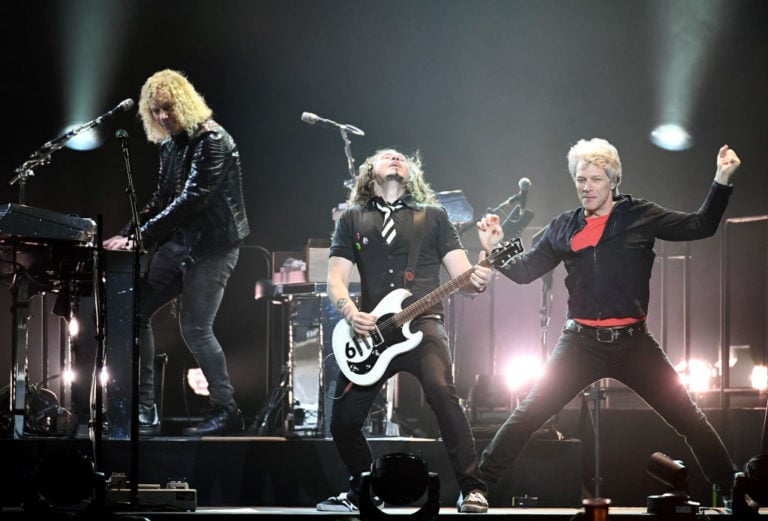 Swing Out Sister is a British pop group that has been around since the mid-1980s. Initially, it was a trio consisting of Andy Connell as a keyboardist, Martin Jackson as a drummer, and Corinne Drewery…

There is a new female powerhouse poised to take the rap Queen throne. Her name is Layla Boe and if you don’t know her, be patient, you will. Layla is a dangerous mix of beauty…