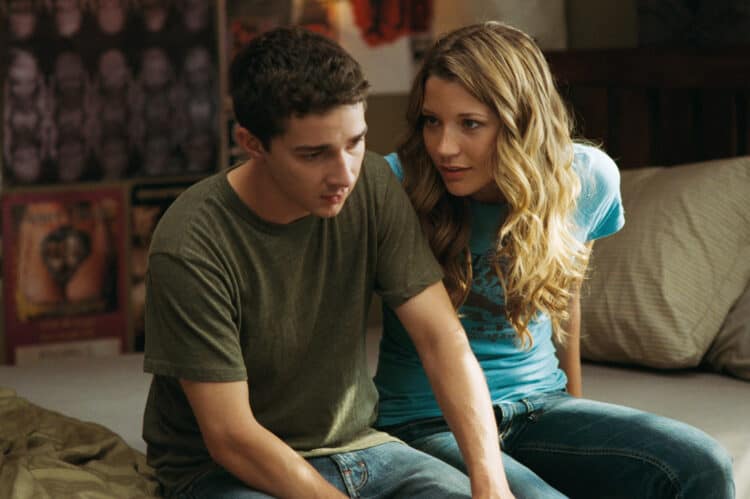 ‘Disturbia’ is a 2007 psychological thriller film. It was directed by D.J. Caruso and written by Christopher Landon and Carl Ellsworth. It stars Shia LaBeouf, Sarah Roemer, David Morse, and Carrie-Anne Moss. The storyline is loosely based on Hitchcock’s ‘Rear Window,’ and it is about a teen on house arrest for assaulting his teacher. He starts spying on his neighbors out of boredom and believes that one of them is a serial killer. The film was made on a relatively small budget of only $20 million, yet it grossed $118 million at the worldwide box office. In addition to its commercial success, the film also received mostly positive reviews from critics. One of the film’s elements that adds to the storyline and makes it enjoyable to watch is its soundtrack. The score was composed by Geoff Zanelli, conducted by Bruce Fowler, and produced by Skip Williamson. In addition to the main score, the soundtrack includes music from various artists and genres. Here are all the songs from the Disturbia soundtrack ranked.

‘The Great American Napkin’ is a song recorded by the alternative-indie group The Summer Skinny in 2007. It was recorded especially for the film, and it appears on the soundtrack album ‘Disturbia: Original Motion Picture Soundtrack.’

‘We Love Reggae’ was recorded by the reggae duo Noiseshaper in 2003, and the song features the South African reggae artist Vido Jelashe I. Noiseshaper originally recorded the song for their 2003 album ‘The Signal’ before it was included on the album for the Disturbia soundtrack.

Another song that features on the soundtrack for ‘Disturbia’ is ‘Gangsta Boogie.’ It was recorded by Love Stink in 2007 for the film. According to Who Sampled, the song contains samples of the tracks’ Them Changes’ by Buddy Miles, ‘Gangster Boogie by Chicago Gangsters, and ‘No Words by Funka Fize.

‘Whoa Now’ is the song playing when Kale and Ashley watch his neighbor as he walks her home, says Tune Find. It was recorded in 2004 by the folk artist Louque.

This World Fair is a rock band that formed in 2007, says Genius. They contributed to the ‘Disturbia’ soundtrack when they recorded ‘Don’t Make Me Wait.’ The song plays in the film when Kale gets the attention of his neighbor, Ashley, then kisses her.

‘Always Love’ is the song playing when Ashley’s parents are fighting, and she goes to sit on the roof. The song was recorded in 2005 by Nada Surf, and it is featured on their album ‘The Weight is a Gift.’

‘Dream’ was the debut single written and recorded by singer Priscilla Ahn, and it was from her debut album ‘A Good Day.’ The acoustic folk song also features in the soundtrack for ‘Disturbia.’

Lou Rawls recorded ‘You’ll Never Find Another Love Like Mine’ in 1976. It featured on his album ‘All Things in Time,’ and it was Rawls’ breakthrough hit. The song was written by Kenny Gamble and Leon Huff. It plays in ‘Disturbia’ when Kale and Ashley find the song that Kale’s neighbor and the club girl are dancing to next door.

‘Lovin’ You’ plays in the film when Kale sees Ashley flirting with guys at a party, and he tries to get her attention. The song was recorded by Minnie Riperton in 1974, and it is one of the tracks from her album’ Perfect You.’ In addition to being used in the ‘Disturbia’ soundtrack, this song was also used in the 1996 comedy film ‘The Nutty Professor’ and a VISA commercial aired in the early 2000s.

‘Next 2 You’ is a 2006 track recorded by the rock band Buckcherry. The band included the track on their third studio album, ’15,’ and it was the second single released from the album. ‘Next 2 You’ was written by Josh Todd, Keith Nelson, Jimmy Ashhurst, and Marti Frederiksen.

When Kale is setting up the boundaries for his ankle bracelet, the song playing in the background is ‘One Man Wrecking Machine.’ It also plays in the film’s closing scene. Furthermore, ‘One Man Wrecking Machine’ was featured in an episode of the NBC series’ Life.’ The song was recorded by the band ‘Guster,’ and bandmembers Adam Gardner, Joe Pisapia, Ryan Miller, and Brian Rosenworcel wrote the song. An unusual feature of the song is the use of an instrument called a theremin.

‘Because I Got High’ plays in ‘Disturbia’ when Kale is bored and building a twinkle tower. Afroman released the song in 2000, and it features on the album of the same name. He wrote the song in only a few minutes, and it was initially obscure. However, it gained fame after becoming an Internet hit, then Afroman performed the song on ‘The Howard Stern Show.’ Afroman recorded a new version of the song in 2009 for the album’ Frobama Head of State.’