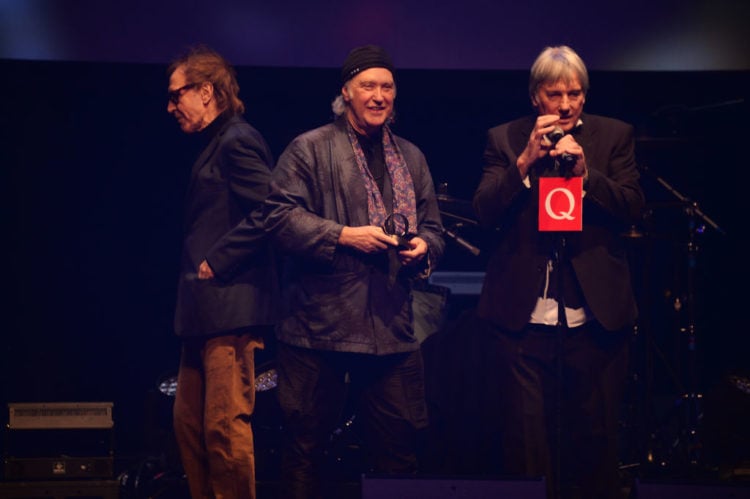 In 1964, the Kinks released their first album. In the process, they invented a new genre. When singer-songwriter Ray Davies’ little brother Dave slashed up his amp’s speaker with a razor on the album’s leading single, “You Really Got Me”, he created a new sound that would serve as the blueprint for hard rock. Over the next few decades, the band continued to innovate and influence. Their albums might not have done great things in the charts, but they’ve gone down in history as some of the best records to come out of Britain in the last 100 years. These are the best Kinks albums ranked.

The Kinks’ return to the rock and roll of their youth did great things for their record sales. After years of commercial failure with concept-driven albums, the band picked up their highest charting album for years with 1979’s “Low Budget,” a straightforward piece of rock and roll that might not have out-mastered their earlier albums, but which certainly old sold them.

The Kink’s third album (and their second of 1965) is “The Kink Kontroversy,” a transitional album that’s still rock ‘n’ roll, but has enough ornate moments to suggest a band on the verge of moving in a very different direction. The following year’s “Face to Face” would confirm in no uncertain terms what direction that would take, but for now, we were treated to some little tasters in the form of “‘Till the End of the Day” and “Where Have All the Good Times Gone.” It’s far from the Kinks’ best or most cohesive album, but it still worth a listen.

By the mid-70s, the Kinks were starting to move away from the concept albums and wistful pop that had characterized their most recent albums. The return to the rock ‘n’ roll of their roots was welcomed by their fans, most of whom had never appreciated the departure in the first place. 1978’s “Misfits” still has a few fanciful moments, but it was the most straightforward piece of rock the band had produced in years.

The Kinks’ self-titled debut album from 1964 wasn’t their greatest achievement. Some of the tracks were pretty abysmal, with “Revenge”, in particular, standing out for all the wrong reasons. But for every “Revenge” there was a “Beautiful Delilah,” a spirited, energetic cover that could give Chuck Berry’s original a run for its money. And then, of course, there’s “You Really Got Me,” the band’s breakthrough hit and the one that established them as one of the most promising of all the British Invasion acts sweeping the US. All in all, it was a mixed bag, but one we’d happily pay money for.

As loudersound.com notes, by 1971, Ray Davies was hanging out with Andy Warhol in New York with his roots in Muswell Hill unraveling by the day. “Muswell Hillbillies” couldn’t have been a more appropriate response. Combining American country music with tales of the Old Country, Davies makes a poignant last stand for the British working class in one of the Kink’s most politically charged albums of the decade. It didn’t sell. But that doesn’t mean it wasn’t great.

5. Arthur (Or the Decline and Fall of the British Empire)

1968’s “The Village Green Preservation Society” clearly gave Davies a taste for concept albums. A year after its release, the band dropped “Arthur (Or the Decline and Fall of the British Empire).” The story weaving through the album might not be as cohesive as the one that underpinned its predecessor, but the songs themselves are gold. The most British of the Kinks’ albums may have been woefully overlooked at the time, but it’s stood the test of time.

4. Lola Versus Powerman and the Moneygoround, Part One

As the 1960s moved into the 1970s, Davies was feeling bitter. As ultimateclassicrock.com notes, the band’s commercial fortunes had taken a nosedive and much of the blame, at least in Davies’ eyes, rested with the music industry. On 1970’s “Lola Versus Powerman and the Moneygoround, Part One,” he put his disdain on full display. As culturesonar.com notes, the end result was one of the band’s most commercially successful albums for years, with album highlight “Lola” given them their first Top Ten hit in over 5 years.

By 1966, the Kinks were coming out of their early riff-rock phase. The next stage in their career would be marked by Davies’ colorful characters and evocative vignettes, both of which would be elegantly propped up by a calm, gentle style of music so far unexplored by the band. “Face to Face” represents the transition between these two periods. The garage rock sounds are still there but listen carefully, and you’ll hear a very different quality to Davies’ lyrics than you’ll have heard on any previous album.

2. Something Else by the Kinks

By 1967, the Kink’s popularity had taken a downward trajectory and Davies’ songwriting had taken an upwards one. Their 5th studio album, “Something Else by the Kinks,” performed poorly, partly because the group were still subject to a US ban on live and TV performances and partly because Pye Records had decided to release several of the album’s tracks, including “Waterloo Sunset” and “Death of a Clown,” before the album was ready. But despite the low sales, it was beautiful. Davies’ sharp, observational lyrics were laden with humor and cynicism, adding just the right amount of edge to the nostalgic vignettes. “Waterloo Sunset” is the obvious standout, but the whole thing is a joy.

1. The Kinks Are The Village Green Preservation Society

When it was released in 1968, “The Kinks Are The Village Green Preservation Society” flopped. It didn’t make the charts, bemused critics, and left even the most ardent Kinks fan confused. But the doubters were wrong. Over the next 50 years, what was once Roy Davies’ biggest commercial bomb would come to be seen as their seminal album. Written about a mythic Northern London filled with pastoral pleasures and rustic pursuits, it captured a period of the past that never existed but was wonderful while it lasted. As Davies says, “Everybody’s got their own village green, somewhere you go to when the world gets too much.” Nostalgic but not sentimental, whimsical but still sharp, “The Kinks Are The Village Green Preservation Society” is nothing short of a masterpiece.